This Indigenous Activist Is Canada's Own Greta Thunberg 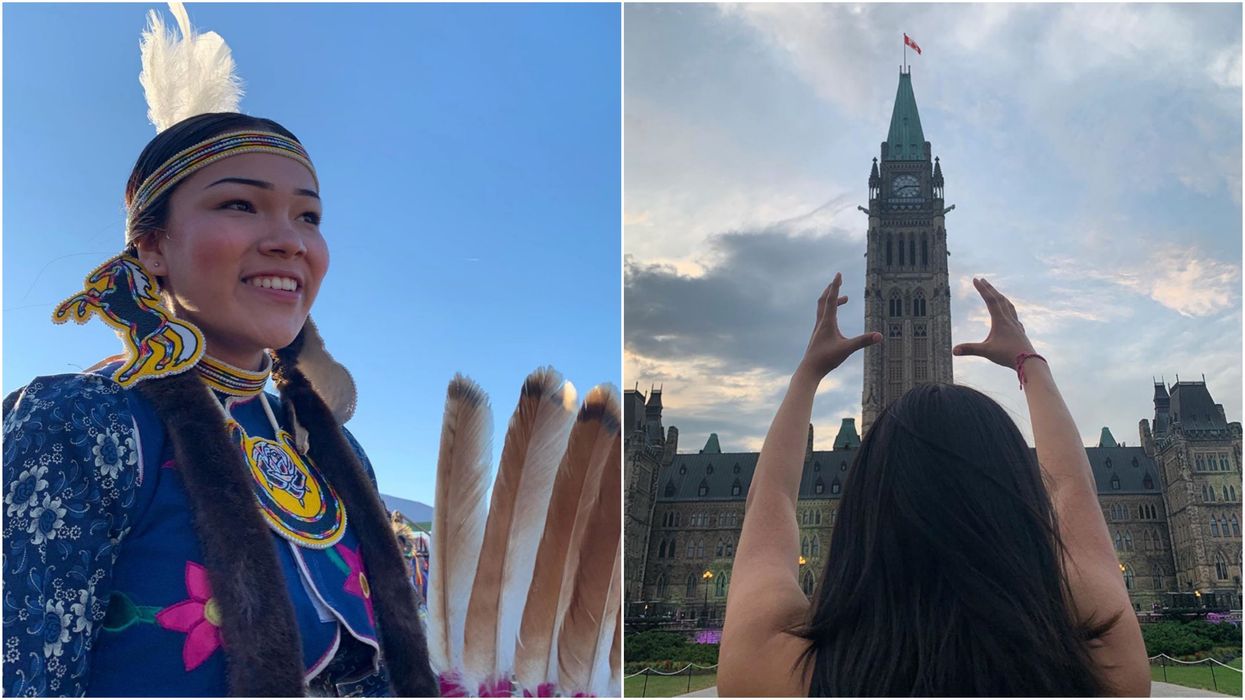 Over the past 12 months, Greta Thunberg has become a household name in Canada. In just one short year, the 16-year-old Swedish activist has become the face of the global climate movement, and most recently delivered a passionate speech at the United Nations Climate Action Summit, accusing world leaders of not taking the climate crisis seriously. While Thunberg is understandably a hero to many Canadians, we actually have our very own young climate hero here in Canada, and she's helping to clean the world's waters!

At just 15 years old, Autumn Peltier is already an internationally recognized Canadian water activist. As a member of the Wikwemikong First Nation, Peltier has been concerned about safe and clean drinking water in Canada's First Nations for as long as she can remember, inspired by her great aunt’s passionate advocacy for the protection of the Great Lakes.

Like Thunberg, Peltier has achieved so much in just a few short years. She too has spoken to United Nations leaders, and in 2018 told them, “No one should have to worry if the water is clean or if they will run out of water. No child should grow up not knowing what clean water is, or never know what running water is.”

Peltier told CTV News that she first noticed a boil-water advisory in a First Nations community when she was just eight years old. When her mom explained to her that the water wasn’t safe to drink, she was immediately spurred into action.

Commonly referred to as a “water warrior,” the northeastern Ontario teen has recently become one of Canada’s water commissioners, and she represents 40 First Nations communities across the country.

Joining Greta Thunberg in New York City this week, Peltier is speaking at the United Nations Global Landscape Forum, and explaining the importance of clean drinking water in smaller communities across the globe.

In an earlier speech to the United Nations, Peltier asked, “Not far from where I live, there are communities that have lived through boil-water advisories. I ask myself: Why is it this way? Why in my province? Why in my country?”

This may not have been possible without Autumn Peltier’s own incredible activism.

After meeting with Justin Trudeau, speaking to the world’s leaders at the UN, and being an instrumental figure in keeping Canada’s Great Lakes safe, Peltier is no doubt an inspirational figure when it comes to Canada’s climate and community activism.

“Anyone can do this work because I was just a little kid making speeches,” she said. “Our message is stronger when it’s more than one person.”