The cuteness is real. 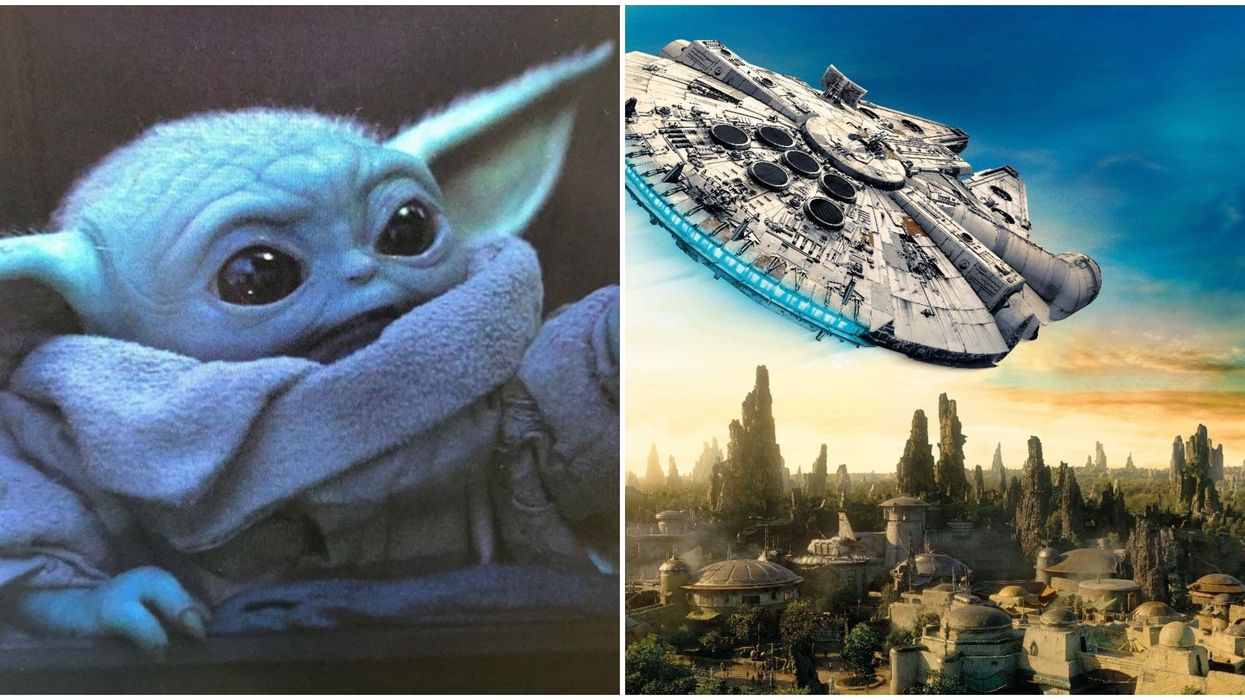 If you haven't seen The Mandalorian from Disney+ yet, it's time to hop on board. With the new Star Wars Rise of the Resistance ride coming to the Happiest Place on Earth, it's only a matter of time before people started spreading baby Yoda Disneyland rumors.

Images started circulating around the web of baby Yoda featured on the baby diaper changing station in the Star Wars: Galaxy's Edge bathroom.

The photo garnered 5.2k likes and over 748,000 retweets after he shared the image on Twitter. Fans commenting underneath had very mixed reactions, some expressing excitement and others who doubted this as 'fake news.'

Unfortunately, baby Yoda is not actually at the Disney Parks - at least, not yet. *Fingers crossed.*

An experienced designer named Sam Carter posted a photo-shop of the famous creature doctored onto the changing station, it went viral on the internet and fans went crazy for it.

According to The Orange County Register, he was formerly employed by Disneyland Creative Entertainment.

After his initial post went viral, Sam followed up with another tweet today, saying, "...Never thought it would be believed or blow up like that, but if anything, hopefully, Imagineering ends up actually changing the sign to that. Baby Yoda is the biggest star in the Galaxy right now, I think it would make a lot of people happy to see that."

However, the rumors didn't end there. Before Carter posted his redaction, online sources hopped on board to share his image. IGN, Inside the Magic, and Cinema Blend were a few.

Disney officials confirmed that no such signage changes took place inside of the parks. Fox News reached out to Carter, who confirmed that he made the design.

Disneyland does not have any baby Yoda merchandise yet.

However, baby Yoda magnets, stickers, and Magic Bands have started to pop up at Walt Disney World in Orlando, Florida.

Narcity is keeping a close eye on the story and will update readers with additional information, should this merchandise come to the California Disney parks.

It seems that plenty of fans agree with Carter's latest tweet. Who wouldn't want to see baby Yoda images throughout the parks?