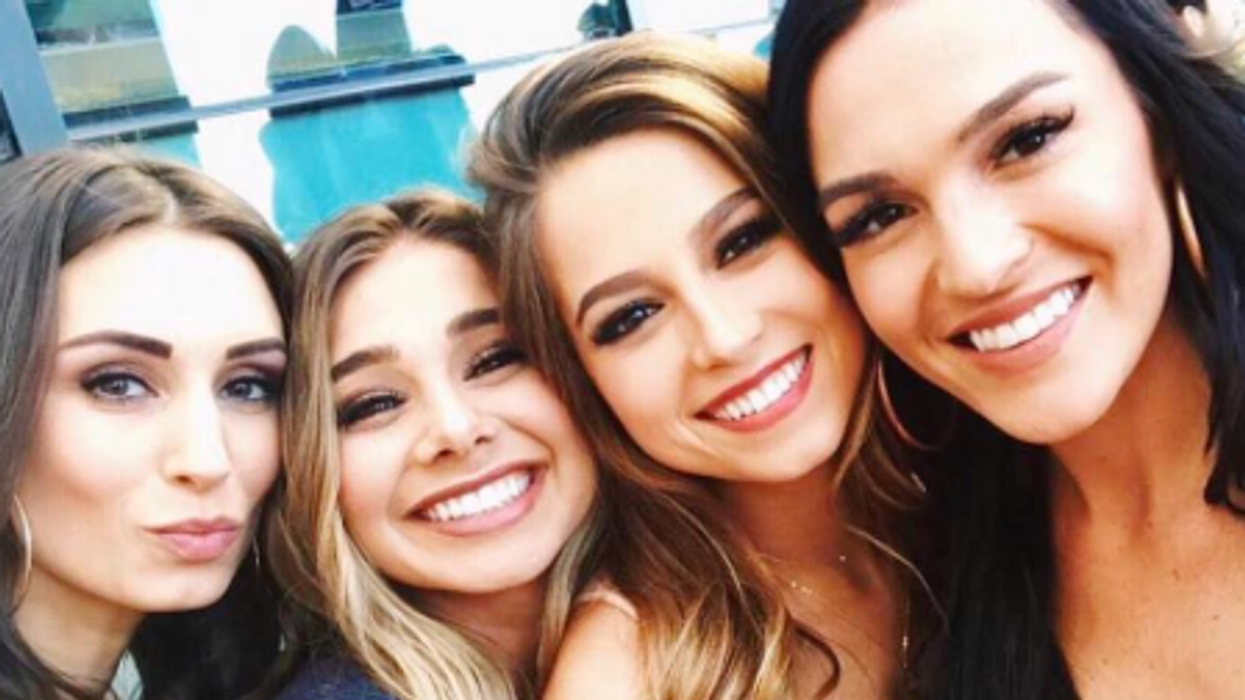 Kristina won all of our hearts this season on Bachelor in Paradise, as our once beloved Dean Unglert dragged her through the mud.What once appeared as a blossoming and promising romance, soon went downhill after another girl snagged Dean's eye in Paradise. Danielle Lombard, to be specific.  After playing the girls hot and cold for several episodes, Kristina decided she rather not be a second choice and peaced tf out of paradise.

While the nation cried out in victory after Kristina escaped Dean's fuckboy - yet lovable - clutches, Dean Unglert got emotional and later revealed that he was in love with the Russian beauty. However, Kristina got away unscathed and vowed she'd only consider hooking up with Dean again if he learned from his mistakes. Which according to the after show, he did not (smh.)

But post BIP, Kristina's been having a great time. Looking gorgeous, curving Dean and gaining up endless support from North America. With all of this great media attention, fans are wondering - would Kristina ever consider being ​​​​​​​The Bachelorette?!

The BIP star recently hit up Ashley I (an iconic Bachelor vet)'s podcast to talk about her time on the show. And when asked if she would consider being the franchise lead, she had this to say:

"If asked to be the next Bachelorette I would have to probably consider when the time comes to it, because again, watching Bachelor in Paradise, it was a lot of emotion. It's hard to see yourself that emotional. I don't know. I think, one day if the opportunity presents itself, if it does… I'll consider it then. For now on I have to kind of learn from Bachelor in Paradise and move on from that."

Which is a smart, rationale and dope thing to say. There are obviously lots of ladies to be considered, especially after the new season of The Bachelor that'll air in January. Anyways, we're on board Kristina. After what you went through this summer, you definitely deserve love!