They were neighbours in the '90s! 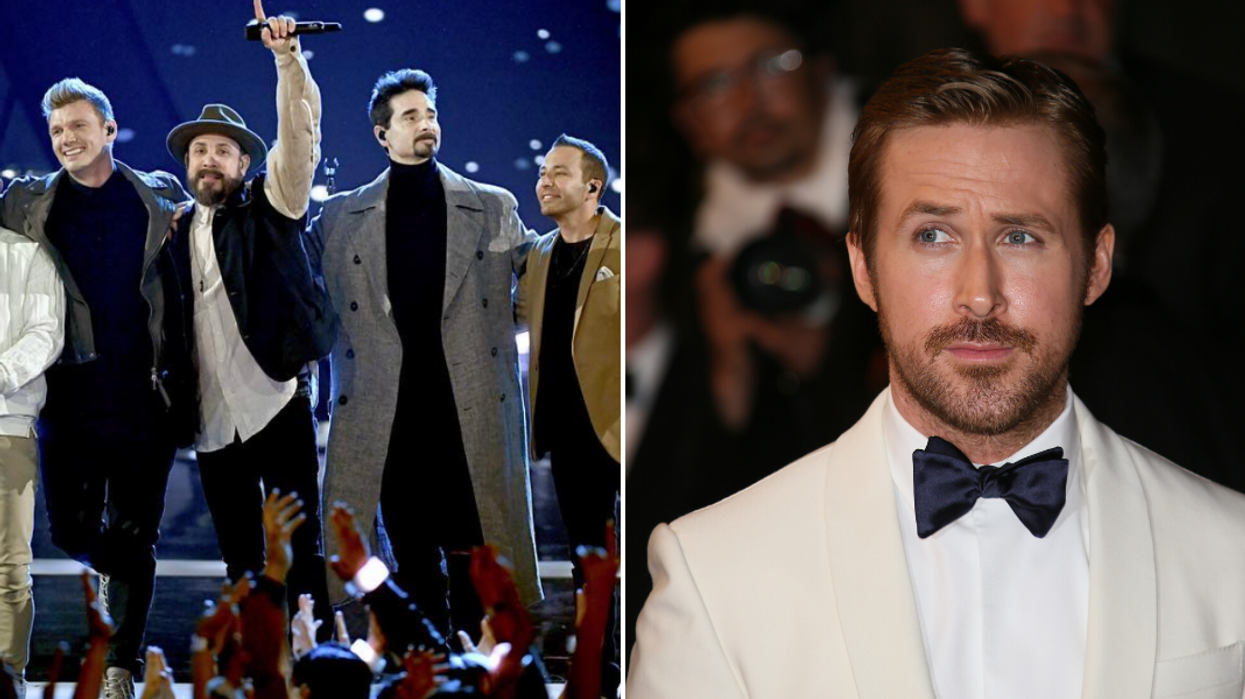 Despite eventually reaching international fame, the Backstreet Boys didn’t exactly get encouragement from everyone when first forming. In the early '90s, the five members of the boy band were just getting started and apparently sharing an apartment complex with an unsupportive friend. The Backstreet Boys and Ryan Gosling were neighbours, but the child actor reportedly had no faith the band could ever make it.

Along with a newly announced tour, the boys were doing press earlier this week and one of the interviews included a very curious Jimmy Fallon.

He asked, “Is it true that Ryan Gosling was almost a member of the Backstreet Boys?”

The late-night talk show host said he had read rumours circulating online about The Notebook star having almost been a sixth member.

The singers shook their heads in exasperation while Nick Carter hilariously pointed at AJ McLean and said, “Ask him.”

McLean graciously took the lead: “So long story short, we used to live in the same apartment complex when he was doing The Mickey Mouse Club.” Also adding that the entire cast, including Britney Spears and Justin Timberlake, lived in the complex.

He continued by taking viewers back to a time when the two had been playing basketball with one another. “The group had started. I kept telling him how big this was gonna be.”

Unfortunately for McLean, he didn’t exactly get support from teen Gosling. According to the singer, the Ontario native told his friend the band was “never gonna work” because, “Dude, New Kids [On The Block] already did it.”

Although Gosling may have been a naysayer at the time, the band went on to lay nothing but praises on the actor, “Dude, he is such an amazingly talented singer, performer, actor,” McLean finished.

In the end, things worked out for both parties. The boys went on to have 18 hits on the Billboard Top 100 and Gosling went on to be an A-list celeb.

You can watch the Backstreet Boys live when they embark on their North American tour set to stop in four Canadian cities.