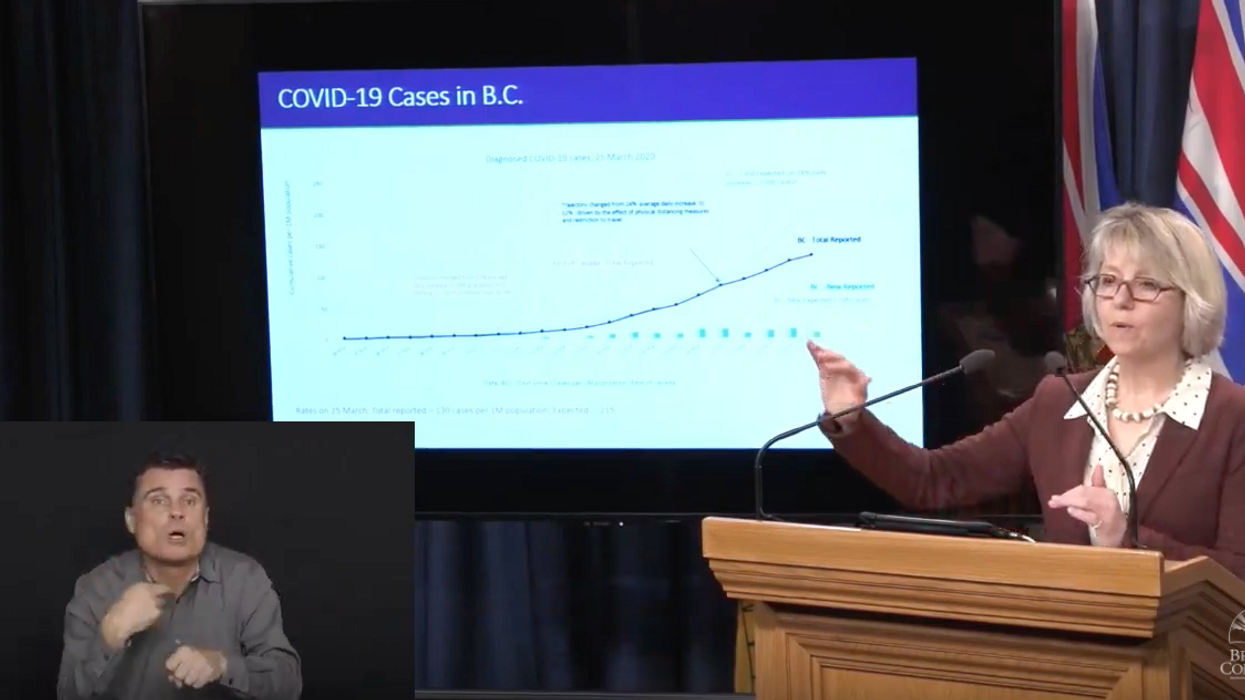 On the morning of March 27, provincial officials met with members of the public and media to hold a B.C. COVID-19 update. During the briefing, the provincial health minister stated she was cautiously optimistic about the spread of COVID-19 in the province. Officials are hopeful that measures already in place are the reason for the potential success.

Dr. Bonnie Henry, the provincial health officer of B.C., addressed the public on Friday morning, stating that the rate of growth of coronavirus is being impacted in a positive way, thanks to measures that have been taken in the past few weeks. Though she was hesitant to say as much for fear of promoting false hope.

The measures the province has taken include, but are not limited to, restricting business operation, restricting travel, and promoting social distancing and self-isolation when necessary.

This most recent statement was based on two models of COVID-19 growth in the province. These models compared the province's growth rates to that of other parts of the world including Italy, South Korea, and China's Hubei province.

Through the use of slides, Henry demonstrated that B.C. reported a shift in trajectory on March 22, which had the daily cases reduced from 24% to 12%.

“‘I’m trying not to overcall it but I do believe we see a flattening, a falling off of that curve,” said Henry.

She noted that it is important that people continue social distancing and take more seriously the rules, self-isolating after travel.

According to Henry, Canada is seeing approximately 130 cases per million.

“If we continued on the same trajectory that we had been on on the 14th of March, we would have expected to have about 215 cases per million," said Henry.

"We think we have reduced that quite dramatically but what we need though is everyone to continue to pay attention to these measures so we can continue to prevent the transmission in our communities."

While Henry was optimistic, for the most part, she did state that the province is not at a point yet where we are bending the curve. She noted there are still things that can make this trajectory rise again.

Henry noted on several occasions that self-isolating and staying away from large social gatherings was a positive way to help flatten the curve.

In an address to the public on March 26, it was noted that over 55 health care works in the province tested positive for COVID-19.

At the time, this brought the total amount of confirmed cases to 659, including 14 deaths.