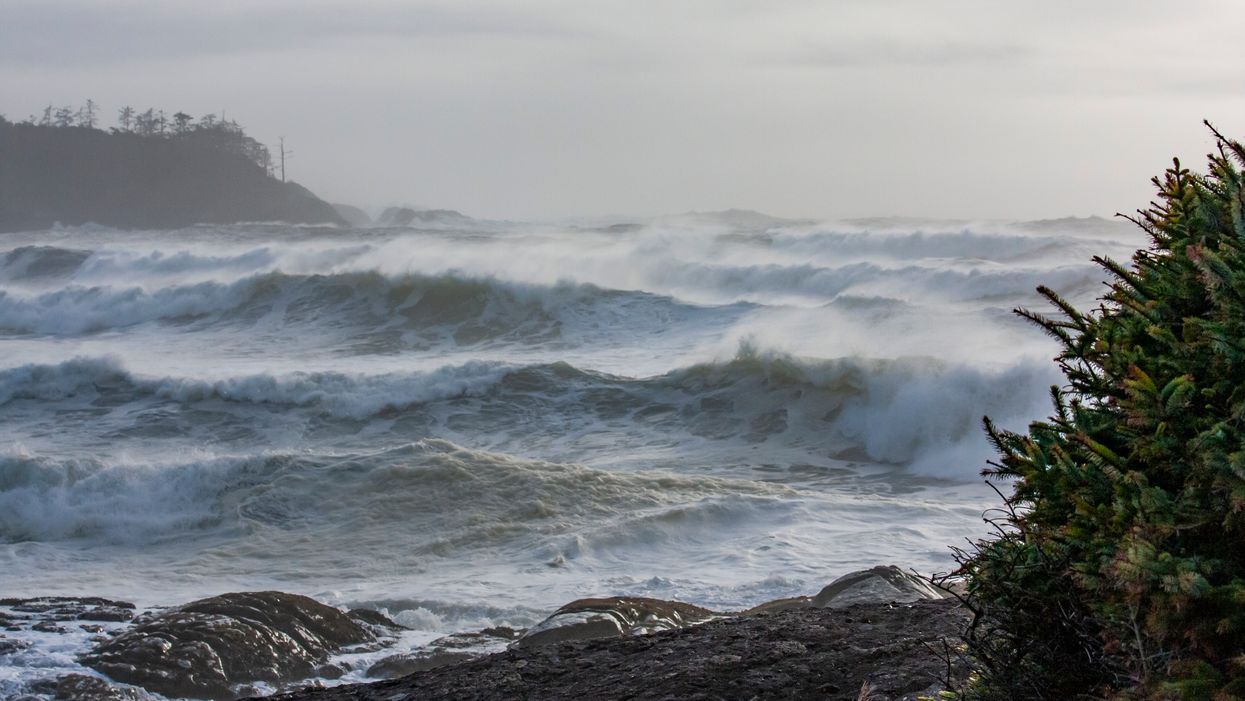 You may want to hold onto your hats today, B.C. According to Environment Canada, a hurricane force wind warning has been issued for B.C. This means that winds of up to 120 km/h may be hitting parts of our province today. Thanks, Mother Nature, but I think we’re good. If the snow isn't doing it, the B.C. hurricane warning should be enough to make you stay inside.

Things have been frozen lately. And while it would be great if everything looked just like the adorable Disney movie, it feels like an absolute nightmare.

This week, Vancouver turned colder than Toronto and parts of the province have been completely shut down after intense snowfall.

Alberta is also getting hit by a cold snap that's putting everyone at risk as parts of the province had highs of -20 C earlier this week.

While we wish things were heating up, it looks like it may be getting colder. According to Environment Canada, a “hurricane force wind warning” is in effect for B.C. right now.

The warning states that the area of Howe Sound will be seeing winds of up to 65 knots.

We did the conversion and according to a Google calculator, 65 knots is actually 120 km/h. Big yikes. These 120 km/h winds are expected to occur in the marine area starting today and lasting until Thursday, January 16.

The hurricane wind warning sounds terrifying and honestly, it really lives up to its name.

According to Environment Canada, north winds of 83 to 101 km/h will be starting today and increasing to 120 km/h by the afternoon.

Wind will be decreasing to about 64 to 83 km/h late tonight and overnight with gusts of speeds up to 92 km/h. Alongside this freezing wind will be rain and snow overnight.

By Thursday morning, the wind's speed will fall all the way down to 18 to 27 km/h with some flurries and showers.

While the warning does say things should lighten up by Thursday, an extended forecast is calling for high winds on Saturday as well of up to 74 km/h for part of the day.

B.C. is also under significant cold warnings today. In fact, Environment Canda warns of temperatures as low as -45 C with wind chill in some areas.

Environment Canada has also issued a warning for freezing spray that is expected to end this evening as temperatures of -6 C will rise to 5 C by Thursday morning.

Maybe once Megan Markle and Prince Harry realize how cold it can get here, they will consider moving somewhere else.