BC Inmate Tests Positive For COVID-19 At A Correctional Facility

It's the second community outbreak in the province. 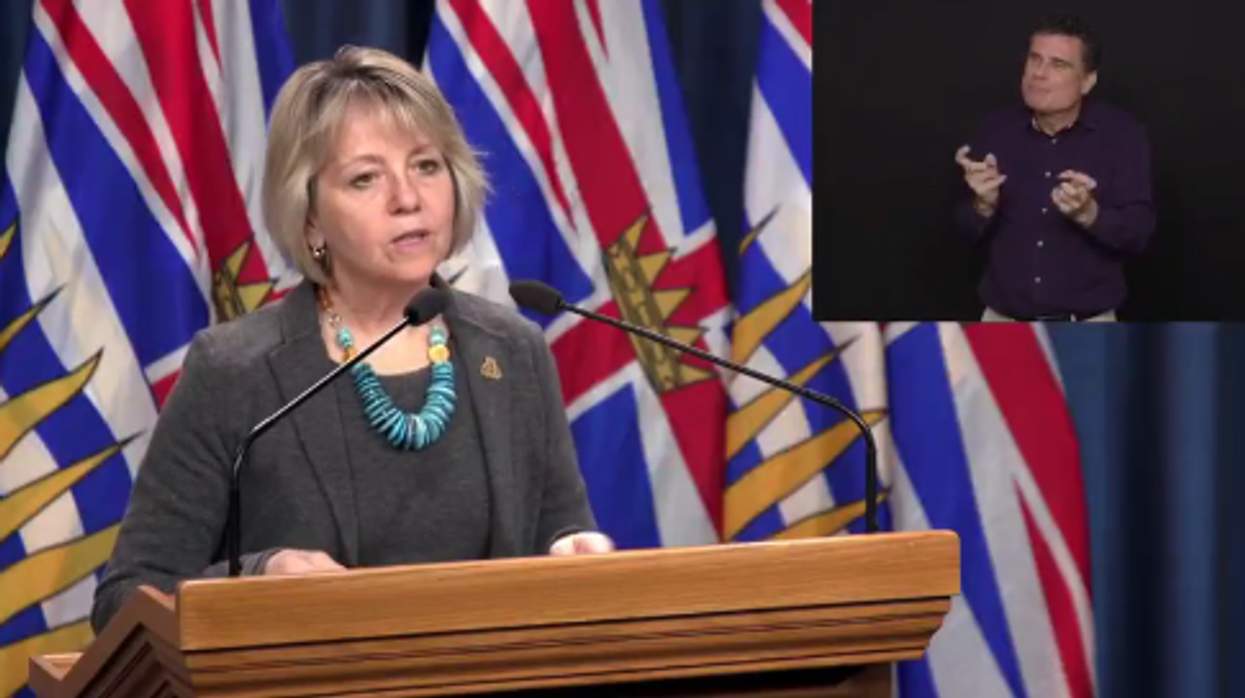 B.C. has seen almost half of its over 1,000 cases of COVID-19 recover in recent weeks but there are new cases every day. Now, a B.C. inmate tested positive at the Okanagan Correctional Centre.

Provincial health officer Dr. Bonnie Henry just confirmed on Thursday, April 2, that the prison has had its first confirmed case of COVID-19.

Henry said this was not unexpected. In fact, she said it was "something we were concerned about and planning for."

"We've had a plan in place from the beginning," said Henry during the conference. She set measures in place weeks ago to restrict visitors. Plus, they made sure testing would be quickly available should people become sick.

Like remote communities and care homes, Henry said that the province's jails have had increased surveillance for COVID-19 since the start of the outbreak.

Plus, she said new prisoners will be isolated for 14 days.

The inmate who tested positive was isolated, and those in his block are being monitored, said Henry. She said that there's only the one confirmed case as of now.

The news of a second community outbreak, this time at the Okanagan Correctional Facility, comes just one day after the first was announced.

Nearby in Kelowna, there's a cluster of up to 75 cases associated with the province's first community outbreak that's being investigated.

B.C. is not the first province to have confirmed cases of COVID-19 in its correctional facilities. Earlier, the Correctional Services of Canada confirmed in a press release that two inmates in a maximum-security prison in Quebec had tested positive.

Henry added that her province isn't the only one carefully watching prisons for signs of an outbreak.

Throughout Canada, the federal government has been aware of the threat of an outbreak in our prisons, and have "measures put in place," to reduce risks and keep Canadians safe.