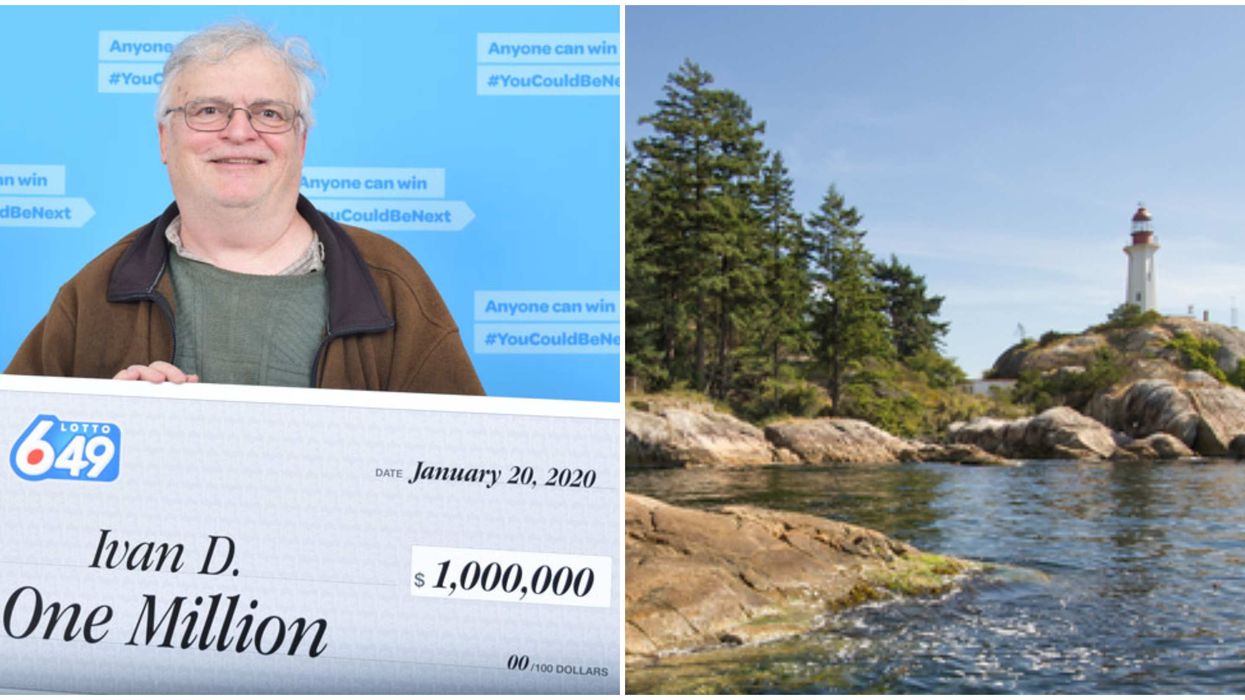 Anyone who loves the ocean has definitely considered being a lighthouse keeper at one point in time. Ivan Dubinsky is the latest B.C. lottery winner and he's is about to retire from the sea. He's landed quite the whale — $1 million dollars.

Dubinsky has been working the dream job for over 20 years and takes care of a lighthouse near Port Hardy in B.C.

Even though it sounds like a sweet job, it's difficult to get away from your post and you have to be granted leave.

“It’s difficult to buy lottery tickets when you’re at the lighthouse all the time,” said Dubinsky in a press release. He had to buy his winning ticket online.

He's only been playing the lottery since the fall of 2019, but he found out by email that he'd won. “When I got that e-mail, I couldn’t believe my eyes, I wasn’t sure whether to believe it or not,” he said.

For two months, he wasn't able to get leave from his seaside abode until he was finally able to go to the BCLC's Vancouver to get his big prize.

Now that he's officially a millionaire, he plans to enter retirement but being a lighthouse keeper is more than just a job, it's a lifestyle.

“I’ll slowly begin the retirement process, give some of my winnings to my brothers and sisters, and possibly buy a home in the north part of Vancouver Island,” said Dubinsky.

He also added that he “may still want to be a relief lighthouse keeper.” Although he'll retire from the sea, it sounds like he wants to help out his fellow lighthouse keepers every now and then.

If he'd been playing for less than a year and won a million, it bodes well for anyone who wishes to win the lottery but never actually started playing yet.

Plus, don't forget to clean out your car, because you never know if you've lost a lottery ticket in there.

The government has been working on travel measuers for vaccinated Canaians.