He didn't hear the bear and her cubs behind him. 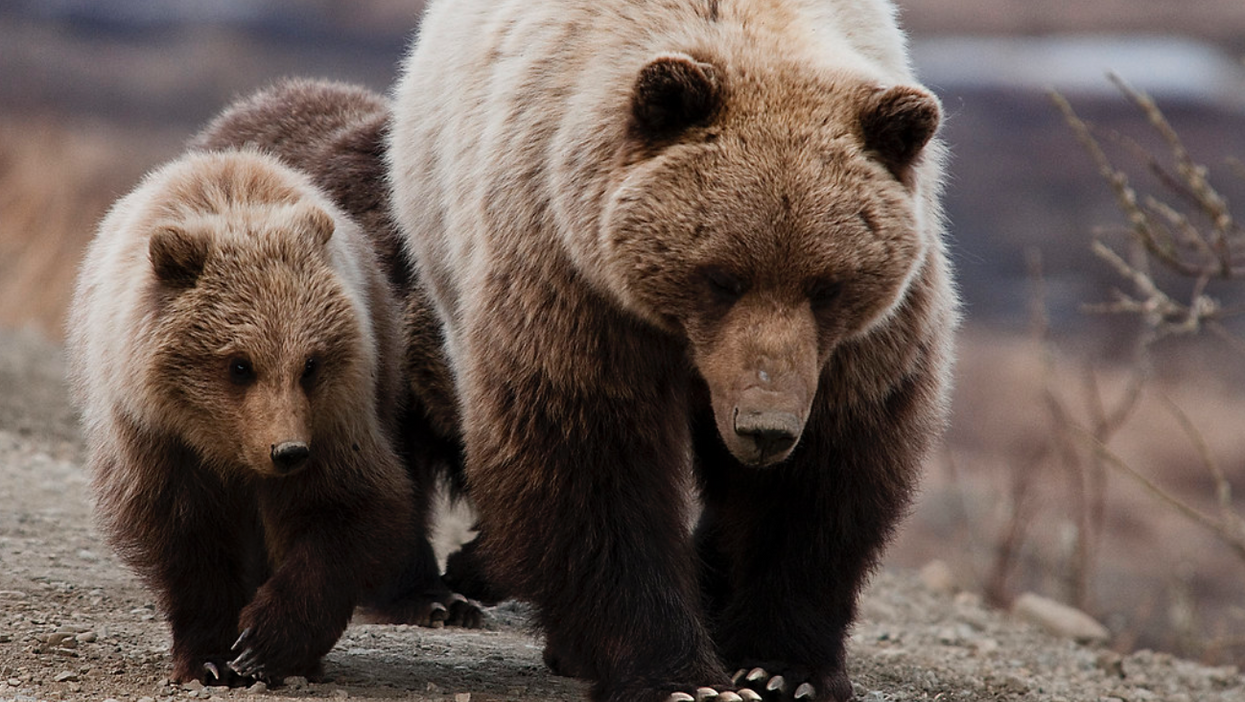 As Canadians across the country head out on camping trips and hiking trails this summer, there is one encounter nobody can be 100% prepared for. Despite their adorable, fluffy, teddy-like appearance, there is nothing cuddly about grizzly bears, in fact, one BC man's grizzly bear attack story proves just how dangerous the massive creatures can be.

The attack happened last month in May when 50-year old Alex Neumann decided to stop at his favourite fishing spot on the Willow River, northeast of Prince George. Growing up hunting and fishing, the confident explorer hiked to an overgrown trail, where he could hear nothing but the sound of the rushing water of the river.

He didn’t hear the bear and her three tiny cubs approach him. The next thing he knew, he was in the air, with his shoulder in the teeth of a massive grizzly bear.

Neumann recalls feeling like he was going to die, telling CBC "It was almost like you're looking at your own body and just watching what happens to it." Holding his body in her teeth, the bear shook his body, before tossing him to the ground. It was then that the young cubs took an interest in him, which caused the mother to act increasingly aggressive.

Neumann remembers thinking "If I don't get out of here and do it soon, I'm gone." He got up and began backing away, towards where his truck was, with the bear stalking him. He said "I started talking to her. 'Okay, Mom, I don't want to hurt your babies. It's OK. I'm not going to touch them.' I said that all the way down the trail."

Despite his reassurances, the massive bear continued to follow him throughout the woodland, huffing at him and swatting the ground. Neumann knows that if he had fallen during those moments, she would have ended up on top of him. When he got back to his truck, he said his hands were shaking so hard he was unable to start the engine.

Despite his terror, Neumann managed to drive away. He says that he didn’t tell his story before now because he wanted to protect the mother bear that had spared his life. He said, “I felt this bear had the opportunity to pull me into a million pieces and she didn't." The incident, which coincidentally occurred on Mother’s Day, would have given Conservation Officials reason to destroy the animal.

Instead, Neumann took himself to the hospital emergency department to have his puncture wounds and ripped shoulder attended to. While the physical injuries were painful, Neumann noted that the psychological impact was much worse.

He told CBC News, "I couldn't even go in my own backyard. Every tree I saw that had a black shadow in between it was too risky.”  He also mentioned that his hands still shake regularly and he has many nightmares.

This is the second incident in B.C. with a bear in the last few months, as a Canadian woman recently had a terrifying encounter when her dog was killed saving her from a bear attack.

While this does sound frightening, experts say that it is actually extremely uncommon to be killed by a bear. As of last year, only 25 bear attacks were fatal in all of North American in the past 20-years. That is an average of only 1.25 fatal attacks per year.

Grizzly bear with three cubs mauls man in northern B.C. | This is the reality of living in this beautiful province.… https://t.co/2bsSUuUIfE
— william steinke (@william steinke)1561299405.0

Despite his experience, Neumann wants to encourage others to continue to enjoy nature, saying "I don't want the message to be about this vicious horrible animal. I was just in the wrong place at the wrong time. I don't want people to fear going in the outdoors, because it's so beautiful."

Neumann told CBC he has now sought counselling to help him deal with his traumatic experience.