Canada's First Murder Hornet Of 2020 Has Been Found In BC 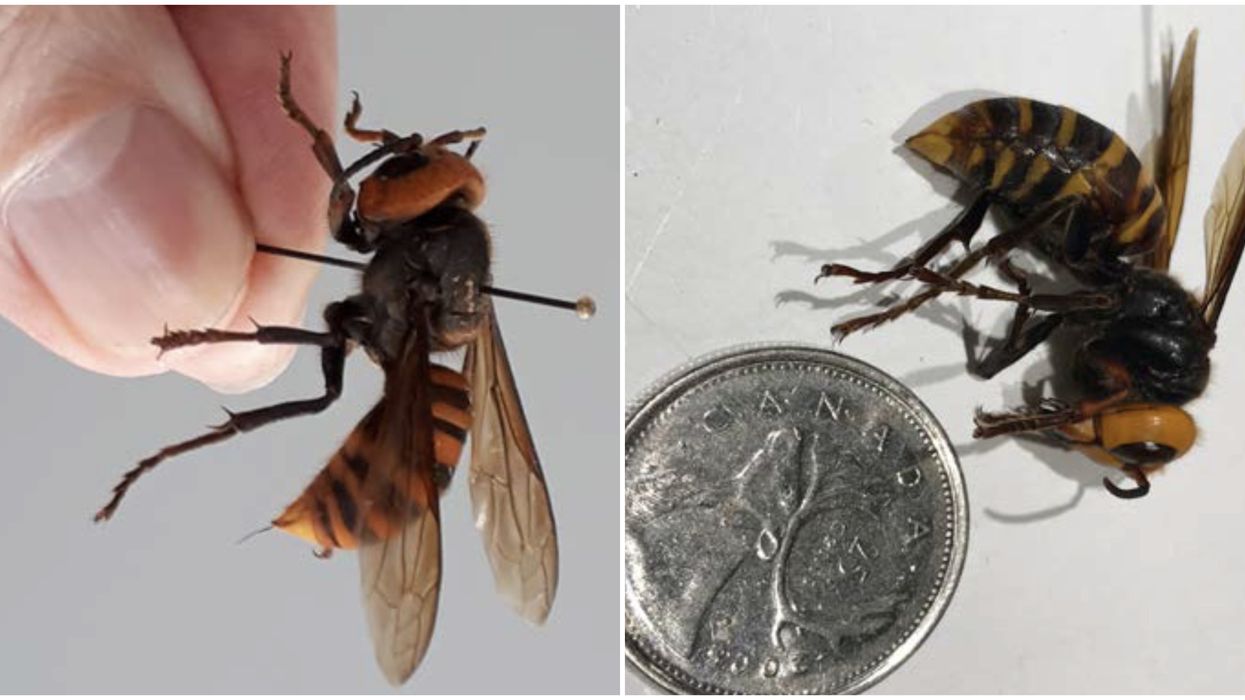 The day beekeepers and locals on the west coast have been dreading has finally come. A so-called BC "murder hornet" was reported in a town just an hour away from Vancouver on Friday, May 15. The creature not only has a super painful sting, it could also be devastating for local bee populations.

The "murder hornet," or Asian giant hornet, was seen in Langley, B.C., when a local woman discovered the roughly 3.5-centimetre buzzing around her garden, reported CTV News.

She immediately crushed it underfoot and sent photos to the government. On Wednesday, May 27, provincial wasp expert Paul van Westendorp confirmed to the outlet that it was an Asian giant hornet.

"Now suddenly we realize we're dealing with a much larger geographical area," he said to CTV.

The B.C. last sighting was in November, in the city of White Rock.

In a different interview with the Globe and Mail, van Westendorp said he still needs to confirm if it was a worker or a queen.

If it was just a worker, then that means there's probably a bigger nest out there

Experts previously told Narcity that B.C. has an ideal climate for the hornets since they're vulnerable to cold. But since the province has one of the warmest winters in Canada, the hornet is unlikely to migrate outside of B.C.

Narcity has reached out to the B.C. Ministry of Agriculture and van Westendorp for comment and we will update this story when we receive a response.

Van Westendorp told the New York Times that the public and beekeepers in the region now have to work together to eradicate the insect before it could gain a hold in the area.

However, he told them he's also worried people might overreact and kill friendly bees and wasps that actually live in and are crucial to the province.

Because of the favourable climate, the expert said it's possible the hornet could stick around for the long term.

"These kinds of introductions will continue in the future," said van Westendorp to the New York Times.

The hornets are large, with characteristic big orange heads and black eyes.

They're carnivorous, and one of their favourite snacks are honeybees — entomologist Dr. Allan Carroll previously told Narcity one hornet could "decimate" an entire hive of the crucial pollinators.