19 Huskies Were Surrendered From One Home In B.C. & You Can Help Take Care Of Them

They were found living outside in the snow and cold. 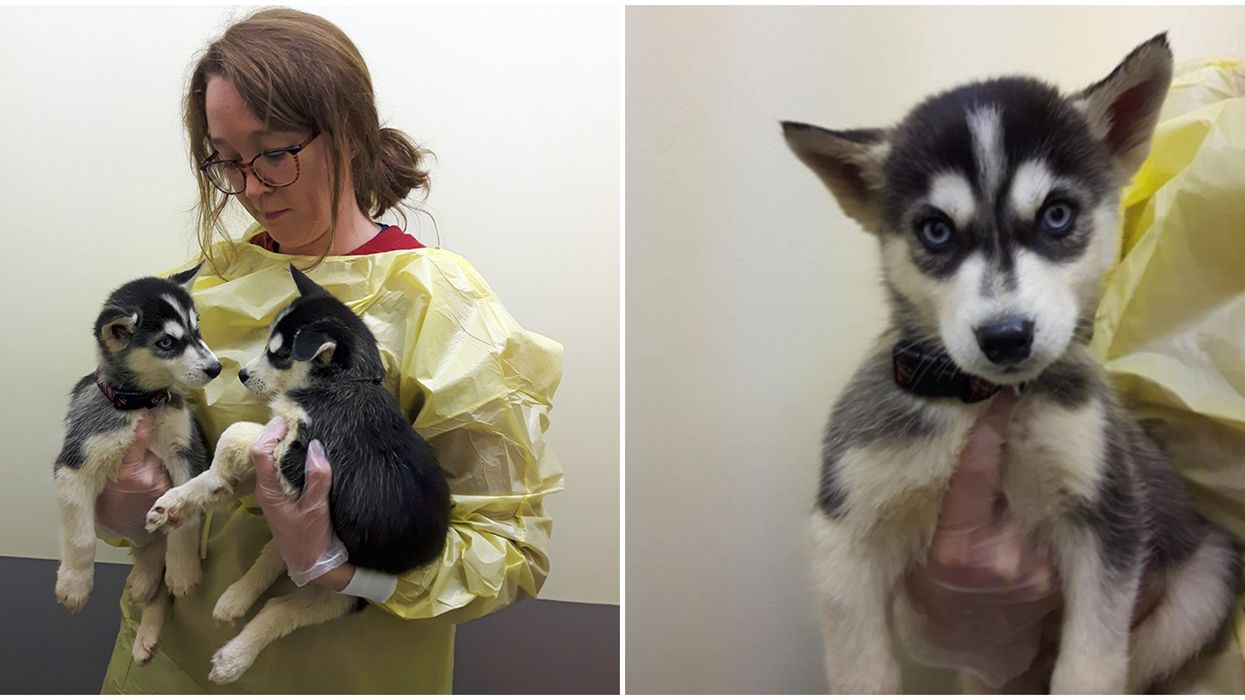 It's never good to hear about pets not being taken care of but this could have a happy ending. The B.C. SPCA has a bunch of dogs that were surrendered before Christmas and now they're looking for the public's help in caring for them. All 17 Siberian Husky puppies and two adult dogs are now in the care of the organization and safe but there's still work left to be done.

The huskies were surrendered to animal control officers from a property in the Interior after the officers and the RCMP responded to a complaint about living conditions for the dogs.

The eight-to-10-week old puppies, their mother and a 13-year-old senior husky were found living outside in the snow and cold by animal control and the RCMP.

Animal control held all the pets overnight before transferring them to a local B.C. SPCA branch on Christmas Eve.

Now they're safe and in the care of the organization, being kept in quarantine and getting treated for worms

The dogs aren't up for adoption just yet but the B.C. SPCA is looking for donations to help cover the medical costs for all of the dogs that were rescued since they are taking care of so many animals at the moment.

"It's a true Christmas miracle that these puppies were saved from neglect and brought in from the cold," said Marcie Moriarty, B.C. SPCA chief prevention and enforcement officer in a news release. "We are grateful that the RCMP and animal control officers were able to get them immediate attention."

Since all of the dogs were living outside in the snow and cold, they were found shivering, lethargic and with parasites.

When they arrived at the B.C. SPCA branch, the staff gave up their holidays to care for the pups.

According to the organization, preparing a single healthy dog for adoption costs more than $430 and in this situation, there are 19 dogs that need more than just basic care.

Along with looking for help financially, the B.C. SPCA will have a naming contest for the 17 puppies so you can help name them with the contest and/or help care for them with donations.

No adoption requests for these huskies are being accepted right now because they still need around the clock medical care but each of them will be spayed or neutered and vaccinated before they will be ready for adoption in late January 2020.