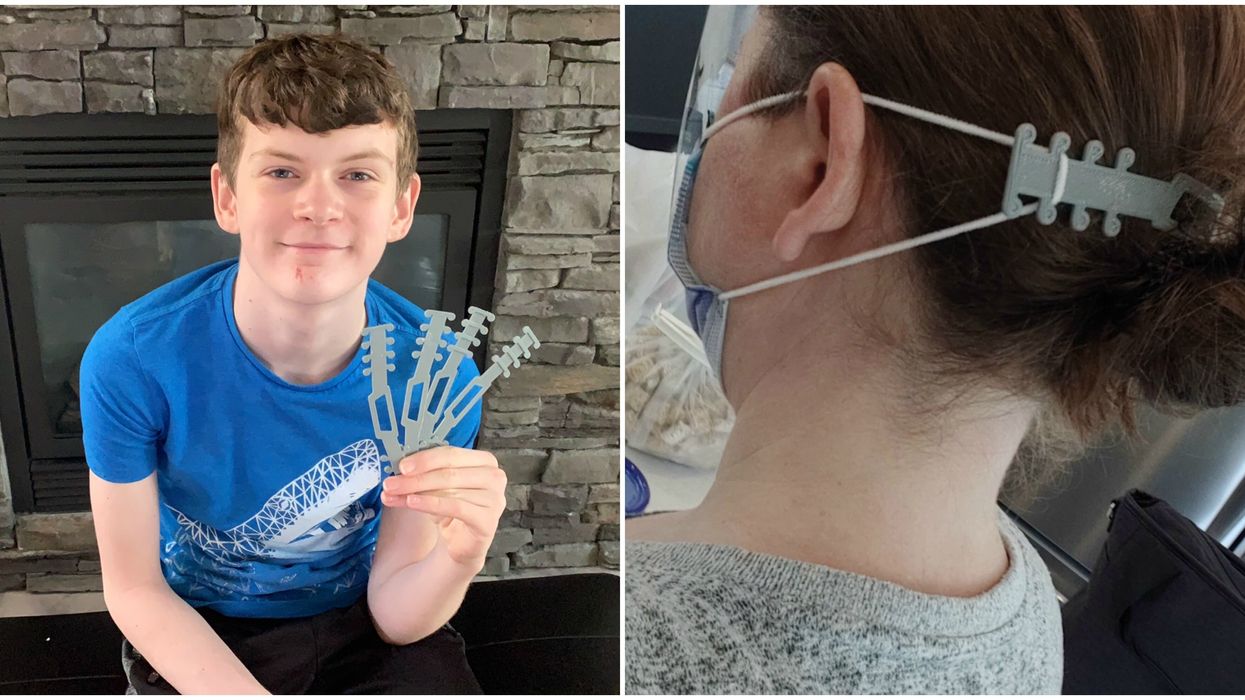 Our health care workers need all the help they can get, and one Canadian kid is stepping up to do his part. This B.C. 12-year-old has 3D printed ear guards for thousands of health care workers, and he has no plans of stopping. People across the nation are now stepping forward to help.

"I felt great that people are joining in to help others," said 12-year-old Quinn Callander to Narcity.

The "ear guards" he's making are meant to relieve some of the pressure from wearing medical masks all day by holding their straps behind the head.

Callander said a family friend was a local nurse who was looking for something like the guard to help. He immediately found a design online and hopped on his 3D printer to get working.

He's since made hundreds and inspired thousands with his project.

"There's lots of really great stories from around the world, how these devices are helping people and how many people are now volunteering to help print and donate them in their own cities," said Heather Roney, Callander's mom.

The first tweet that Roney sent out of Callander's creation saw over 20,000 retweets and more than 45,000 likes. Since it was posted, on Saturday, April 4, over 60,000 people had downloaded the same template he used.

According to Roney, that first viral Twitter post actually started as part of a photo contest by Scouts Canada to show what people are doing to help from home — the prize was a camp stove.

Surprisingly, even after achieving viral fame, he didn't win.

"It didn't win the contest, but I think it became a little bit bigger than a camp stove," said Roney.

Teens and young adults across the nation are stepping forward to help, donating supplies from ear guards to face shields.

It's not just Canada either; students from the U.S. are helping out with their 3D printers too.

Roney said an anonymous person in charge of a manufacturing plant in Michigan even promised to start creating the ear guards en masse.

"He'll be sending it, and thousands, to distribute it among Canadian hospitals."

Even though he's already achieved so much, Callander says he has no plans of slowing.

"I feel like we'll keep doing this as long as we can," said Callander. "We'll keep on doing this either until we run out of materials or until this whole thing blows over."