This might be one of the most scenic music festivals in Canada! 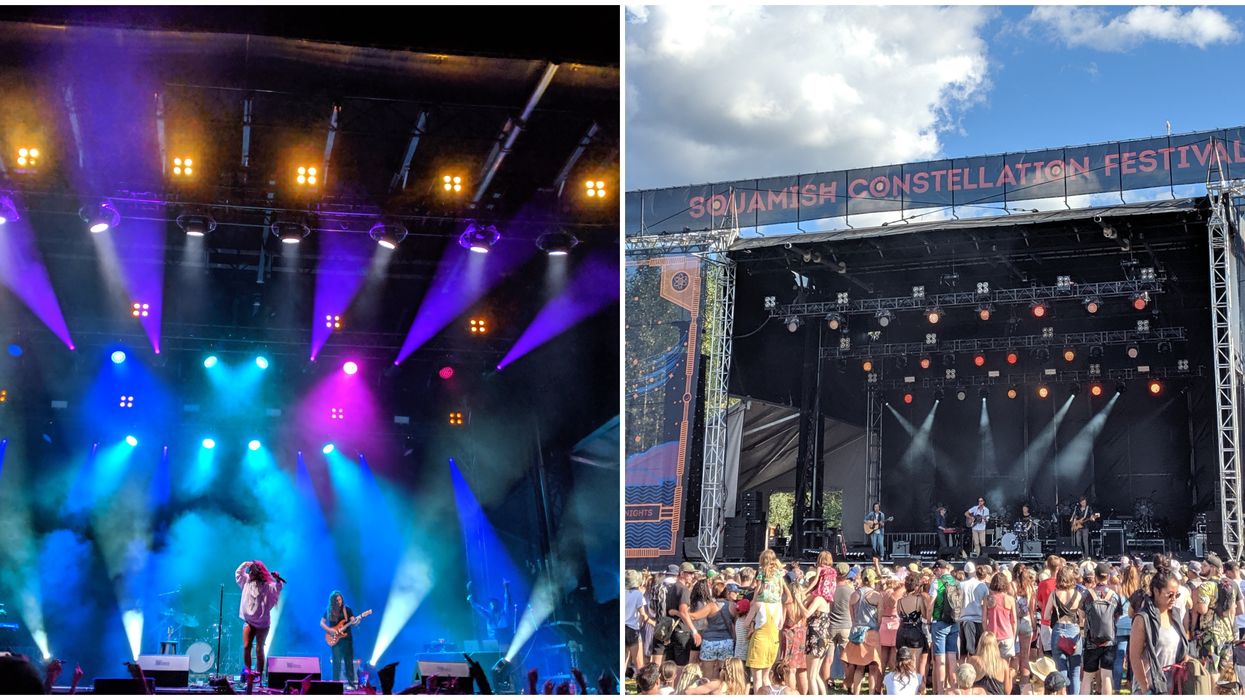 Music festival season is upon us, and we could not be more excited. One of the best parts of summer is all the amazing festivals that Canada has to offer. This year, a new festival emerged onto the scene, and it's definitely winning over the hearts of many. B.C.'s first ever Squamish Constellation Festival took place over the weekend, and it's definitely one of the most scenic music events in the country.

Squamish Constellation Festival was filled with Canadian talent, with artists like Jessie Reyez, The Bahamas and Serena Ryder headlining. Bands from all over Canada came to the mountain town to grace the stage.

Not only was the lineup impressive, but the setting too. Festival goers were surrounded by mountain views, in true Canadian fashion. Unsurprisingly, many people captured stunning photos of the festival atmosphere and couldn't resist sharing them on social media.

Just when you thought it couldn't get any better, it did. The Squamish Constellation Festival was also BC’s first ever zero-waste festival! Cheers to that.

One of the more unexpected moments of the festival was when Jessie Reyez brought an actual couch onto stage with her. The talented singer from Toronto shared with the crowd that she had been resting and doing physiotherapy for the past six weeks after having serious back issues.

The singer gave it her all during the show, delivering an emotional, raw performance and giving the crowd tidbits of life advice. However, near the end, her back gave out and she had to lie on a couch as she continued to sing her heart out and amaze the audience. We hope your back recovers soon, Jessie!

Another crowd-winning performance was from Half Moon Run. The indie rock band from Montréal gave a thrilling, dynamic performance that had the crowd happily dancing along. From their impeccable harmonies to special harmonica skills, Half Moon Run showed the festival that they are a musical force to be reckoned with. All four of the band members showed off their impressive vocal and instrumental skills–during one song, one artist even played keyboard with one hand while playing the drums with the other.

They even got an encore, which the band admitted to the crowd that they were not prepared for. Half Moon Run ended up doing a cover of a Neil Young song as a result, and festival goers absolutely loved it.

If you missed Squamish Constellation Festival this year and are having serious FOMO, no fear! As of now, it looks like the festival will be back next year. In a Facebook post on Monday, the event organizers wrote, "We love you and we can’t wait to do it again in 2020!"

Several people expressed their love for the event on social media, saying the event was a huge success and that it was well organized.

We're so excited for another festival to become a part of B.C.'s annual summer festivities. Now, there's one more thing to look forward to each summer!