The 17-year-old has gone public with her support of the protests. 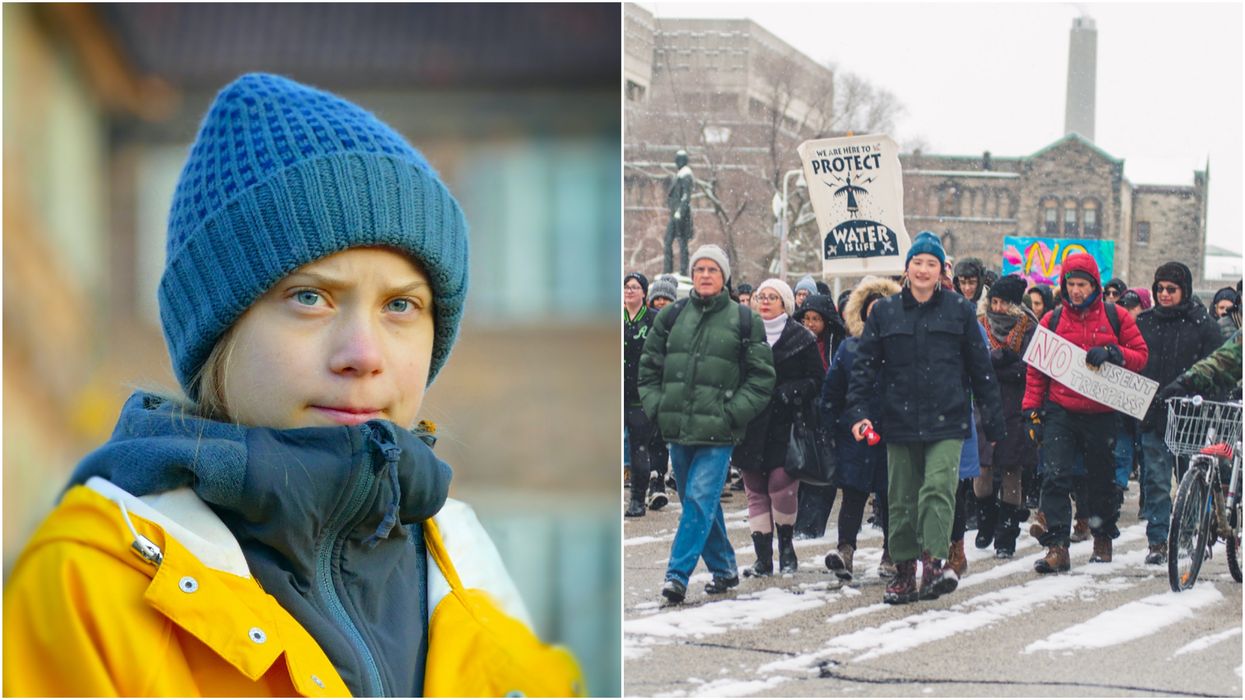 As tensions continue to escalate between Coastal GasLink protestors and the Canadian government, Swedish climate activist Greta Thunberg has shared her support for the Wet’suwet’en cause. Taking to Twitter to speak out against the pipeline construction, Thunberg shared a photo of B.C.’s Wet’suwet’en protests. The 17-year-old wrote, “Indigenous rights = Climate justice.”

Greta Thunberg has made her position on B.C.'s pipeline construction clear by posting her support for the Wet’suwet’en Nation’s protests.

Her post came in response to the news that Indigenous youth had been protesting outside of the BC Legislature in Victoria for more than 26 hours, in solidarity with the Wet'suwet'en Nation, reports Global News.

The Indigenous nation has been opposing the new Coastal GasLink since December, when the B.C. Supreme Court granted the pipeline an expanded injunction.

Wet’suwet’en hereditary chiefs have not given their consent to the new construction project, and have accused the company of violating their traditional laws.

Within two hours, Thunberg's tweet got more than 8,000 likes.

Today Indigenous Youth in Solidarity with #Wetsuweten are locked down to the ceremonial gate in Lekwungen territori… https://t.co/Y1cV9cLl0z
— Stacie Swain (@Stacie Swain)1581022118.0

On Friday, Thunberg shared another clip from the B.C. protests, retweeting a video of a supporter shutting down the intersection of Metcalfe and Slater.

The disagreement between the two groups continues to cause disruption across Canada, blocking ferries in B.C. and Via Rail train routes in Ottawa, Montreal and Toronto.

On Thursday six people were arrested by the RCMP, for refusing to evacuate the pipeline construction site, reports Global.

This isn’t the first time this week that Thunberg has spoken out about Canadian environmental politics.

On Thursday, the activist shared an article from The Guardian that was highly critical of Justin Trudeau’s climate action.

Quoting the article in her post, Thunberg wrote, “If an alcoholic assured you he was taking his condition very seriously, but also laying in a 40-year store of bourbon, you’d be entitled to doubt his sincerity."

Speaking on Thursday, the Wet’suwet’en Nation’s hereditary chiefs spoke about their rejection of the Coastal GasLink pipeline construction.

Their statement said, “The Dinï ze’ and Ts’akë ze’ continue to resist colonial and gendered violence against Wet’suwet’en people, and to protect Wet’suwet’en lands for future generations.”