It all makes sense now! 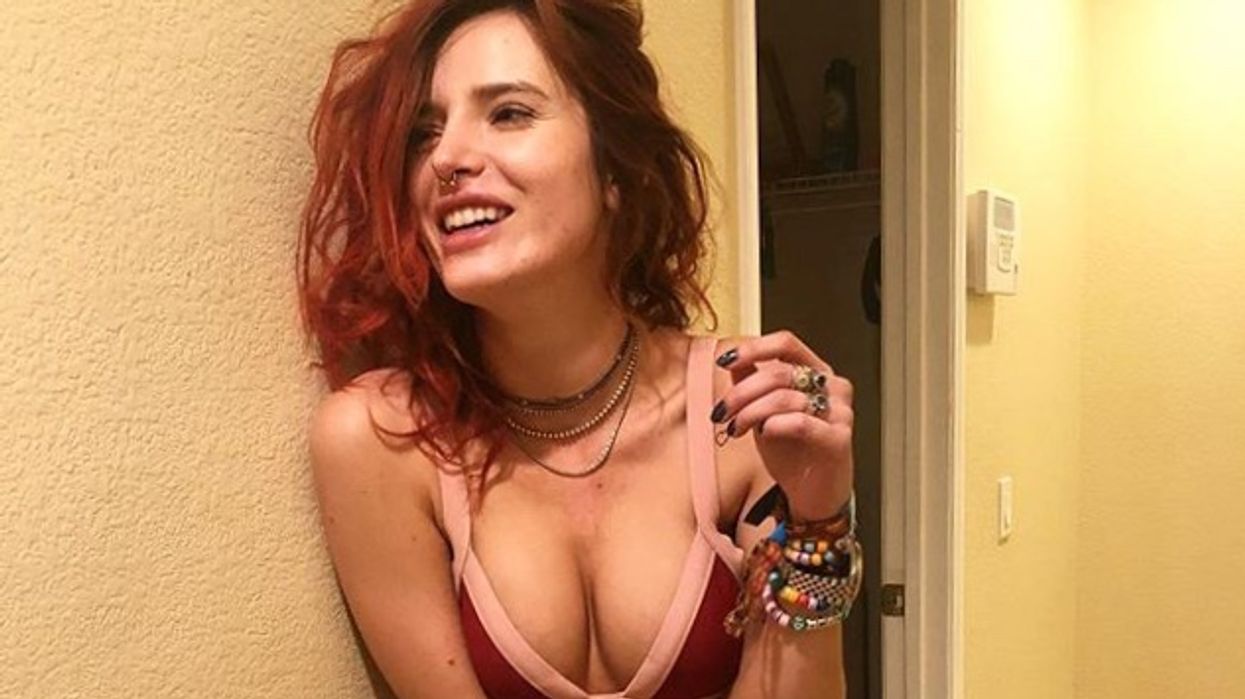 Many of us grew up watching Bella Thorne on 'Shake It Up', but like so many Disney stars, when she left Disney, Thorne wanted to re-brand herself. She felt as though working at Disney had put her in a box.

"My agents used to say that my transition should be from Disney, to Comedy, to lead love interest Comedy. Like Rachel McAdams type vibe... I love Rachel McAdams, but I'm not [her]. I like the darker things."

After working with Disney for so long, Thorne felt it was finally time to move on, and express her true colours in the best way possible; through changing her style, and making it very public on social media. There was a point in time a few months ago when Thorne was never not in the news. Between dating Scott Disick and losing her ex-boyfriend Lil Peep, she's definitely gone through a lot and kept her name in the spotlight.

A lot of people have been wondering why Thorne changed her image so suddenly and drastically, and in a new interview with Vogue, she finally opened up:

"When people saw me on TV, it was 'Shake It Up', and I remember walking into that audition, and it wasn't a choice; it just paid the bills... You have to dress this way, and you have to talk like this." Thorne recalls a time when she had just turned 18, and caught someone taking a picture of her kissing her boyfriend in a cafe. She asked the photographer to delete the photo, or to ask for her permission first in order to protect her reputation.

It was in that moment that Thorne realized, "I'm 18!" She suddenly felt free, and realized that now that she was of age, and not under Disney rule, she could do what she wanted, and because she doesn't care what people think, she went IN. In the interview, Thorne talks about how she considers social media to be a full-time job. She tells a heartwarming story of how when she was 18, she had $200 in her bank account, but a year later she's able to support herself and buy a house because of the income she's earned from promoting on social media!

Thorne is obviously very busy hustling on social media, but she also keeps a super loaded schedule with all her projects! She recently released new music, including a single called "Bitch I'm Bella Thorne", which is admittedly pretty catchy, and is always reading scripts for new TV shows and movies!

As far as her love life goes, Thorne is currently dating the very talented rapper and singer Modsun. The couple have been together since October of 2017, and are pretty open about their relationship with their fans!

At the end of the video, Bella has one final message for her audience:

"If you're sitting here judging me, which you are, everyone is.. For one moment, just try and stop. Maybe close your eyes, and open them again. What do you see now?"

Thorne knows that her persona is provocative, but she doesn't give a f*ck and that's why people either love or hate her! If you'd like to watch the full video, you can here: