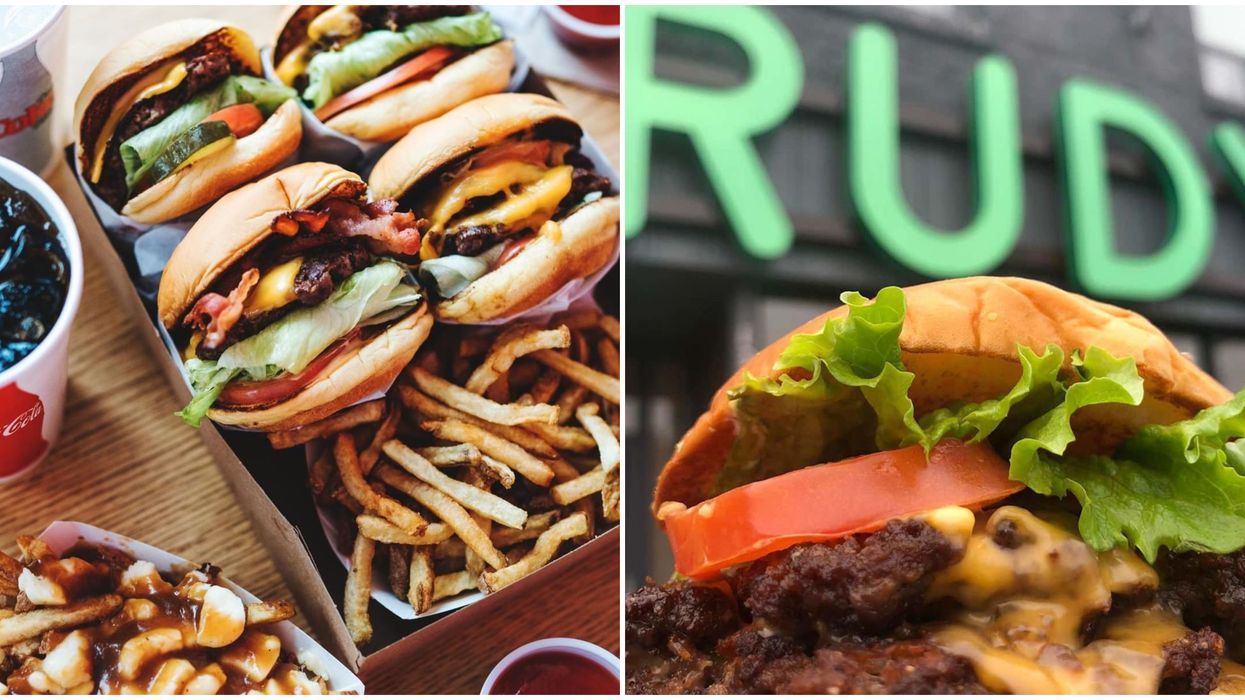 When you think of great food in our country your mind might immediately go to poutine and that's cool. However, there are so many other amazing eats here in the north especially when it comes to a delicious patty with all the fixings. The best burgers in Canada were ranked and most are in Ontario and Quebec.

Our country has a lot to offer when it comes to unique and interesting food but sometimes you just want a good old fashioned hamburger.

Big 7 Travel released a ranking of the 50 best burgers in Canada and the list is seriously mouthwatering.

To figure out just where the best of the best are in the country, Big 7 Travel looked at suggestions from its readers and its 2 million strong social audience.

"The burgers here are massive and flavourful, often featuring the country’s highest quality beef then piled high with toppings and tasty sauces," the recommendations site stated in the rankings.

The list has spots to get a good patty from all over the country but Ontario and Quebec are dominating the burger game in the true north.

The honour of having the best burger goes to Mamo Burger Bar in Windsor, Ontario for its use of local beef as a base and the huge piles of tasty toppings.

Uniburger in Montreal, OMG Resto in Sherbrooke, Quebec, Rudy in Toronto and Le Chic Shack in Quebec City round out the top five with thanks to the quality of the patty, how good the burgers taste and the sometimes outrageous toppings.

At OMG Resto, there's actually a burger with two peppers sticking out of the bun that looks like devil horns.

The only spots in the top 10 that aren't from Ontario or Quebec are 2 Doors Down in Halifax, L'abbatoir in Vancouver and Harvest Eatery in Shaunavon, Saskatchewan.

Of the entire list, 32 spots are from Ontario and Quebec. These two provinces are totally dominating.

There are four places in Nova Scotia, four in Alberta, four in B.C., three in Manitoba, two in New Brunswick and one in Saskatchewan included in the rankings.

Despite the prominence of the two provinces, there are still places to get great burgers no matter where you are in Canada.

Even for the 50th place on the list, Apollo Grill in Peterborough, Ontario, Big 7 Travel still calls their eats "some of the world's most mouthwatering hand-crafted burgers."

If you weren't craving a burger before, you probably are now.

For the complete ranking, go to Big 7 Travel's website.