It's been a pretty great year. 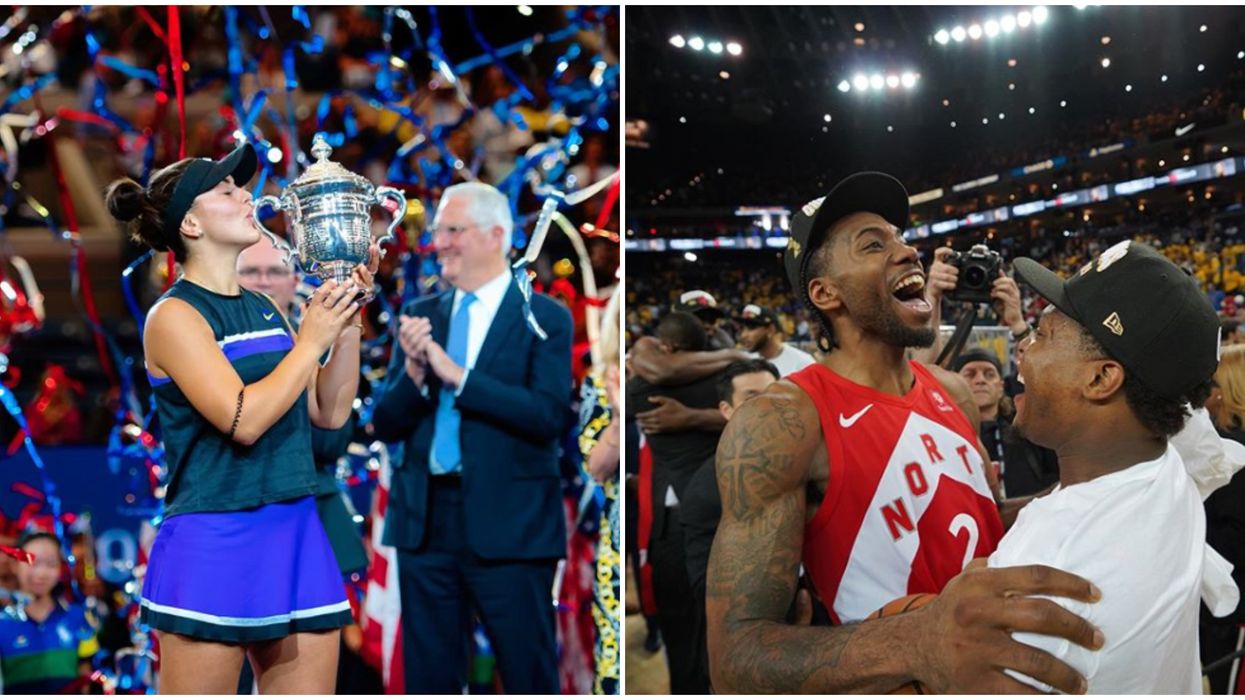 Every year has its ups and downs but looking back as 2019 comes to a close, there were a lot of great moments that happened in Canada and by Canadians to celebrate. The best Canadian moments of 2019 will make you proud to be from Canada. From sports to music to movies to TV to even the election, the red and white was represented well on the global stage.

With the year ending and a new one about to begin, a lot of reminiscing is going on about everything that happened.

Even though nothing is perfect, there were some great moments that made people all over the country feel that national pride.

Canada's official Twitter account put out a list of some of the highlights from the past year and said, "ICYMI 2019 was sort of a big year for Canadians!"

In a lot of ways, the last 12 months were pretty good in the Great White North.

There were blockbuster sports wins that kept the country at the edge of its seat and huge moments in pop culture that entertained us all.

Here are 11 moments from 2019 that will make you proud to be from Canada!

Bianca Andreescu became the first Canadian to ever win a U.S. Open singles title after she beat Serena Williams in a game that had people's hearts in their throats.

Not only has 2019 been Drake's year but it's also been his decade.

He passed The Beatles to have the second most Billboard Hot 100 Top 10 songs with 35, just shy of Madonna's 38, and he was named Spotify's most-streamed artist of the decade.

Lilly Singh moved from YouTube to late night wth her show A Little Late with Lilly Singh. She is the first woman of colour and first openly bisexual person to host a late-night talk show on a major U.S. network.

Toronto-born Brooke Lynn Hytes was the first Canadian to compete on RuPaul's Drag Race and even finished in second place.

In the 2019 federal election, a new record was set as the most female MPs were elected to the House of Commons, 98 across all parties.

Egyptian-Canadian actor Mena Massoud starred as Aladdin himself in Disney's live-action remake of the beloved movie. Even though the movie was a huge moment, Massoud told Daily Beast that he hadn't gotten an audition since the movie came out.

Despite not winning the competition, he set records for most homers in a single round and overall with 29 and 91 home runs, respectively.

Sandra Oh was named one of the 100 most influential people of 2019 by TIME. That recognition comes as no surprise considering the year she had.

While Simu Liu is probably best known in Canada right now for starring in Kim's Convenience, he'll be known worldwide after his Marvel movie comes out in 2021.

This year, Liu was cast as Marvel's first Chinese superhero.

For the first time in 29 years, the Winnipeg Blue Bombers defeated the Hamilton Tiger-Cats to win the Grey Cup.

Also, it was a big win for one fan who vowed in 2001 to only wear shorts until the team won the championship. He can finally wear pants again.

Raptors Win It All

No 2019 year-end list of amazing moments would be complete without the Toronto Raptors. The team won their first Eastern Conference title, played in the NBA Finals for the first time, won their first championship and were the first team based outside of the U.S. to do so.

It really was a great year.