After seeing her in concert fans think she's expecting. 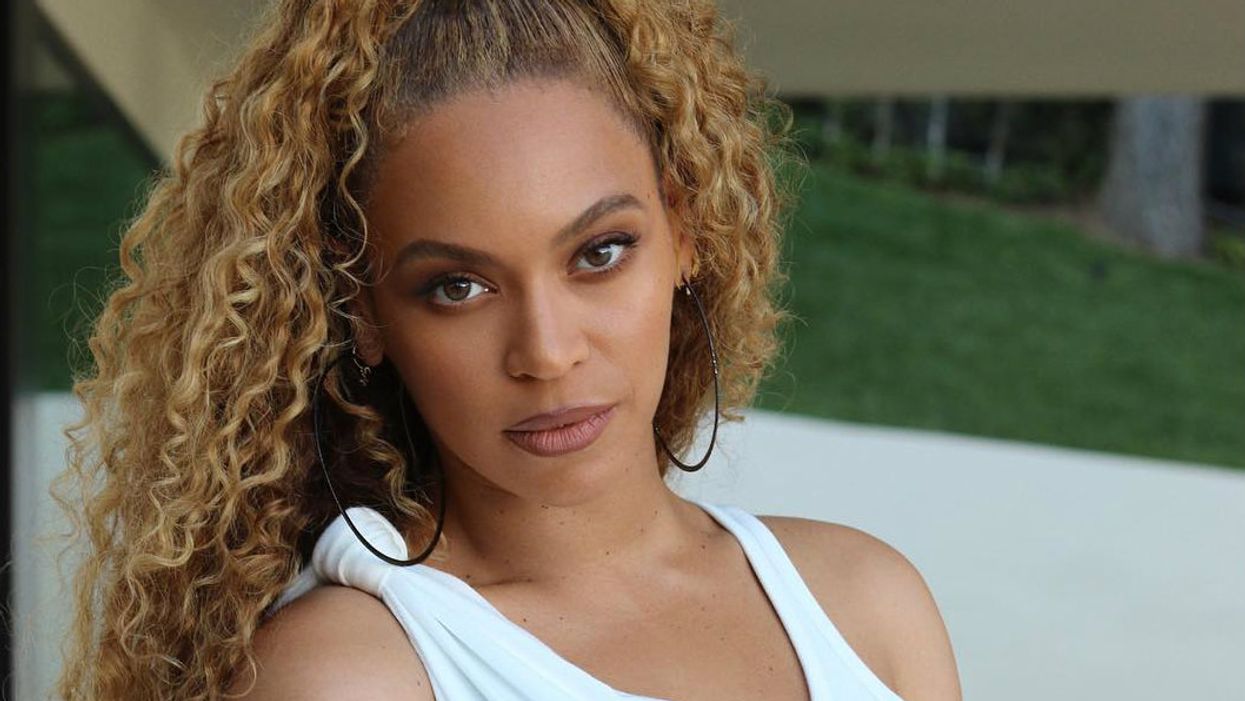 Beyonce is currently touring the world with her husband Jay Z for their On The Run II Tour. After celebrating the birth of their twins, Sir and Rumi, the couple decided that they should grace the globe with the second edition of their fantastic show.

The husband and wife duo also recently did a super sexy photoshoot for the tour, which included some NSFW nude photos. But fans who have been attending the concerts have noticed something strange about Queen Bey's outfits and they believe it points to only one possible explanation. Fan's started speculating after a little heart could be seen over Beyonce's stomach while wearing a gold dress. The little heart is in red, so it definitely does stand out against the gold fabric of the dress.

Another reason fans are sure that she is pregnant is due to the outfits she's wearing on stage. There are a lot of oversized coats, blazers and capes, plus extra accessories around the torso area, which people are taking to suggest hide her growing bump.

If you notice on Beyonces dress a heart is located on the mid section. im convinced that there is a little angel growing inside. Heart represents Heart beat. #Beyonce #OnTheRunII #beychella #coachella #baby4 #jayz #blue #sir #rumi pic.twitter.com/b8vs9daxbb

But beyonce is DEFO pregnant pic.twitter.com/wBPO4aF8Ro

The Beyhive has had some very strong reactions supporting Beyonce and Jay but also some who are not going to be so quick to judge. Some fans believe she could be bloated, while others are just praying for a solo album.

Is Beyonce pregnant or is that extra weight from the twins? pic.twitter.com/2tvu2efYQz

BEYONCÉ BETTER NOT GET PREGNANT ON THIS TOUR! SHE SO LUSTY! WE NEED THE SOLO TOUR FIRST SIS PLEASE! pic.twitter.com/0mgskXQY3p

A love Beyoncé and think she looks fabulous but was it just me who thought she looked a wee bit pregnant last night ??

If Beyonce is, in fact, pregnant then we know she won't be able to hide it for too much longer! We're excited for her either way because she's rocking her tour while being a busy momma of three, so a fourth is nothing for this queen.