The young tennis start might have to wait a while to get nominated. 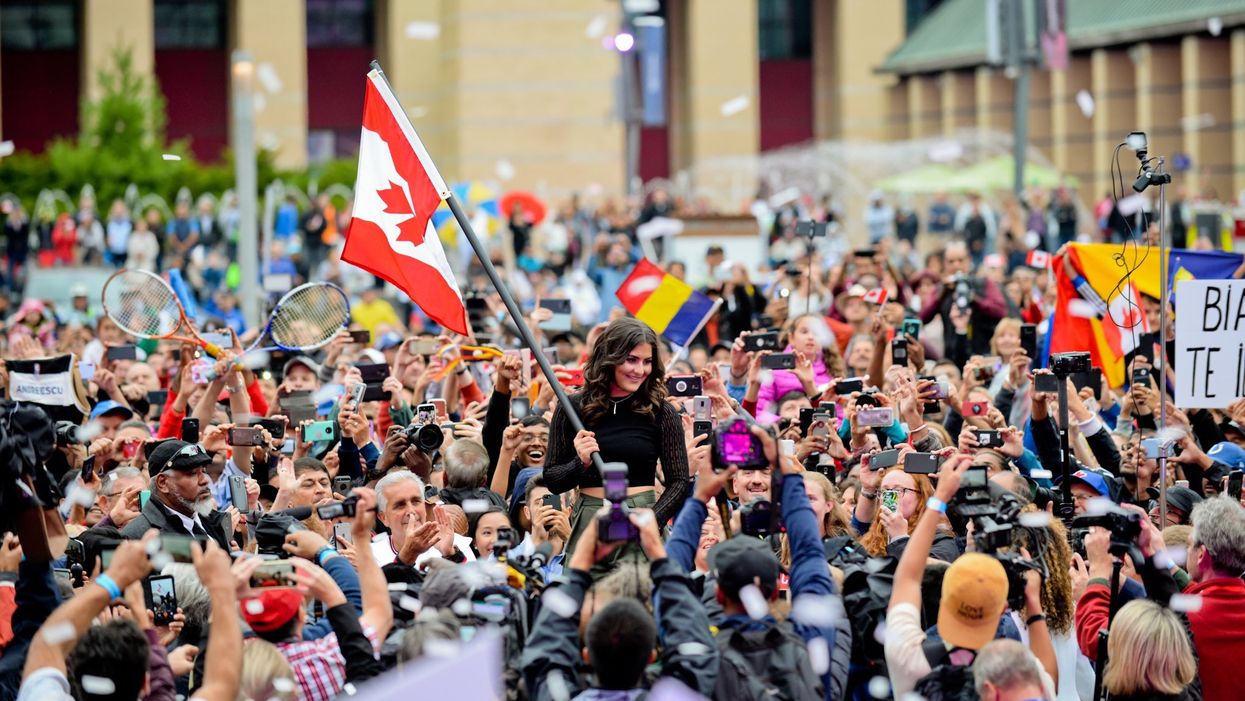 There are a lot of great young Canadian athletes who are winning big in their sports. Tennis star Bianca Andreescu is certainly no different after her incredible 2019 season. But a Bianca Andreescu Sports Hall of Fame induction might still be a ways away.

Canada's Sports Hall of Fame has a new award that's entirely fan-voted. The People's Choice Award is all about celebrating athletes doing good in sport and in their community.

The 16-person list of nominees is full of Canadians, many of them young, who are thriving in their sport right now. But the one person who had one of the biggest sports stories in Canada this year is absent from that list. Andreescu wasn't nominated along with other young Canadian athletes who are also superstars in their sport.

And it was for a reason.

"The focus of this initiative is on the community impact and Bianca is just getting started regarding her sports success so it has not been enough time to create the same level of impact as the other athletes," Marnie Krell, director of communications for Canada's Sports Hall of Fame, told Narcity.

To get a spot on the list and a chance to win the award, Canadian athletes had to have a Twitter account that is active and on a positive trajectory. They also needed to have an opportunity to be successful on social media relative to how big their sport is, and to be currently engaged with their community.

The award "recognizes potential future Hall of Famers who are a champion of their sport and a champion for their community."

Andreescu recently won the U.S. Open and the Rogers Cup, defeating tennis legend Serena Williams in both finals. And though her winning streak came to an end in the quarter finals at the China Open, there's no denying the 19-year-old is having great success in her sport.

But that's not quite enough to get on the list for the People's Choice Award.

"She has a presence on Twitter, but it is all about sports, not the 'good'. Again, it's making the time to do good in the community while at the same time being great at your sport," said Krell.

The People's Choice Award nominees are champions of their sport and champions for their community.

Oleksiak, for example, is dominated because she's a champion of "swimming as Canada’s most decorated female swimmer of all time" and a champion for "activating youth to raise communities out of poverty with We.org."

The award is handed out annually and the Sports Hall of Fame believes that Andreescu will get on the ballot soon.

If you vote for the award, you are entered to win a trip to Toronto for the Induction Festival.

Voting is open until October 11.