She had to call it quits after the first match. 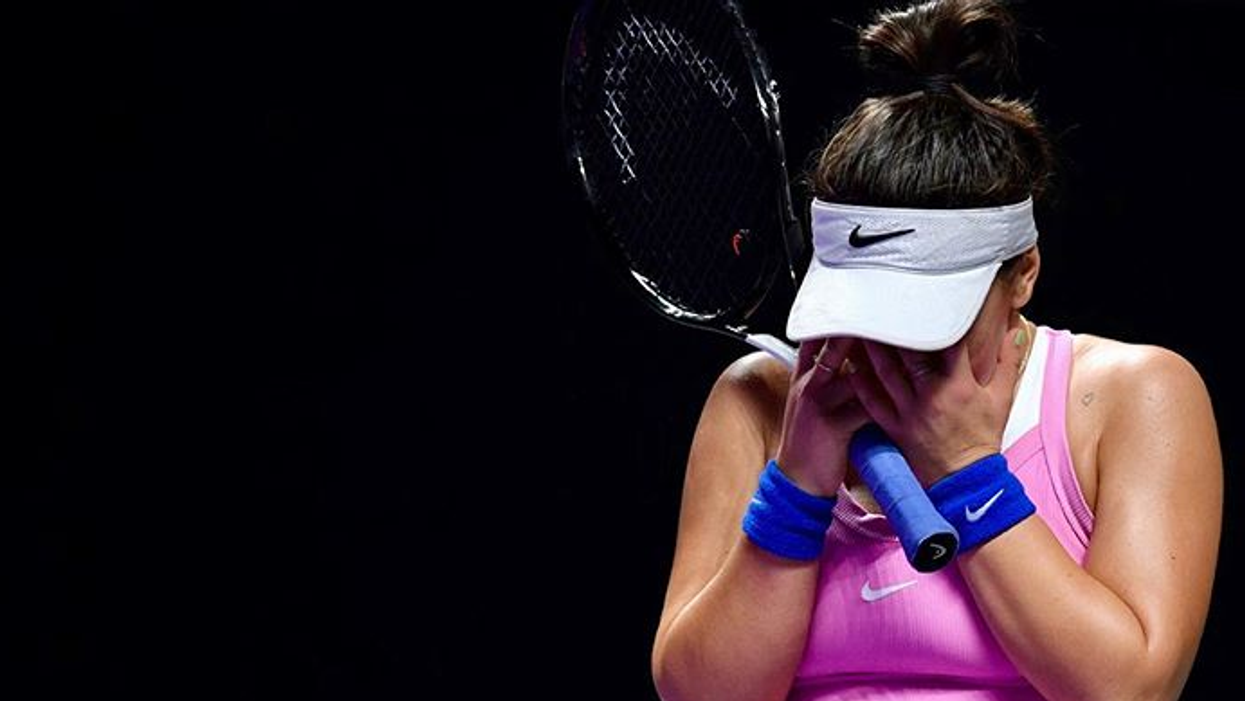 It was a tough one for Canada's tennis sweetheart last night. Bianca Andreescu had to call it quits in the second match of the WTA finals in Shenzen after she twisted her knee and was unable to bend it. Bianca Andreescu's WTA finals game retirement caused her to be eliminated from the tournament.This unfortunate circumstance will probably mean that Andreescu is done for the calendar year. She played Karolina Pliskova for a set that lasted around 50 minutes, Sporting News reports. The score was at 6-3 in Pilskova's favour before Andreescu regretfully pulled out of the match. The Globe and Mail reports that she started limping after returning a serve and had to take a medical timeout. After her knee was heavily taped, she returned to continue the game, but was clearly struggling to move freely.WTA Insider says that she called for her coach, Sylvain Bruneau, when the pain got really bad. "My knee twisted, I heard a crack, she validated me that it’s my mensicus. I can't bend my knee at all. It's cracking every time I walk and it friggin' hurts,” Andreescu said."Don’t push it," Bruneau advised. "I don’t want to stop," Andreescu replied. Ultimately, though, that was the decision that had to be made, causing Karolina Pilskova to take the win.

Andreescu has sustained so many injuries this year. CBC News reports that on Monday, October 28, Andreescu had to be tended to by a trainer several times for a back injury. This happened in her tournament opener, which ended up being a  three-set loss to Simona Halep, who Pliskova will play next.

Andreescu also suffered a right shoulder injury as well as a groin injury earlier in the year. This is a tough break for such a talented and positive young player who made Canada so proud all year. At just 19 years old, she was able to defeat Serena Williams in a historic win at the U.S. Open last month.This is definitely not the last we will see of this tennis sensation. For now, she will have to focus on recovery.

Tough finish to a brilliant season for Bianca Andreescu, but it was the right decision in the end. Speedy recovery… https://t.co/Z3itONK07B
— Tennis Canada (@Tennis Canada)1572442367.0

Bianca Andreescu will get a scan tomorrow before deciding whether she'll play her final round-robin match or not #wtafinals
— Reem Abulleil (@Reem Abulleil)1572447096.0

Although she has been eliminated from the tournament, it will be her choice if she wants to play her final match.