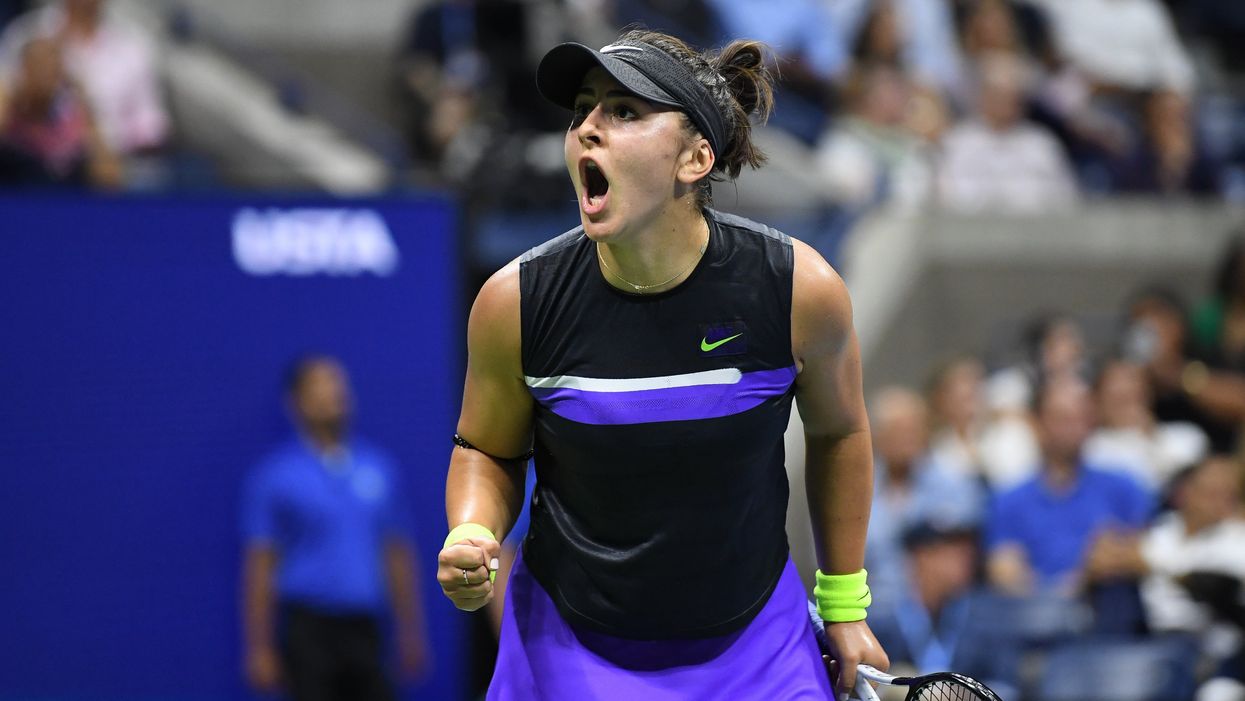 Bianca Andreescu is a tennis sensation, wowing crowds here at home and now at the U.S. Open. While she makes history on the court, she also makes TV history. Andreescu's match on Wednesday night was the most watched U.S. Open broadcast on TSN ever. The Bianca Boost is certainly in effect.

Andreescu played in a quarter-final match at the U.S. Open in New York on Wednesday. Her defeat of Belgium's Elise Mertens that sent her to the semi-final was watched by a record number of people on TSN.

TSN states that it was the most watched U.S. Open match of the network's history. The game drew in an average audience of 852,000 viewers. The tennis star's somewhat meteoric rise is certainly giving a boost to viewership.

In comaparisson, only 594,100 viewers tuned in to watch Andreescu defeated Serena Williams last month at the Rogers Cup. Though that game was on a Sunday afternoon while Wednesday's match was during primetime.

Andreescu went on to win her semi-final match last night but no numbers have been released for that yet.

After the semi-final match Andreescu was overcome with emotion about her win and her performance even prompted #SheTheNorth to trend on Twitter.

@clahanna @TSN_Sports If Bianca is about to beat Serena for the U.S. Open title, no one in Canada will be watching… https://t.co/kBkunIdbmc
— Darren Steinke (@Darren Steinke)1567797285.0

There's no telling just how many Canadians will tune in to watch Andreescu in the final but if her quarter-final viewership is anything to go by it will be pretty high.

The U.S. Open final is a rematch of the Rogers Cup final from just a few weeks ago between Andreescu and Williams.