"Chris just couldn’t get over the fact that Maddie picked me over him." 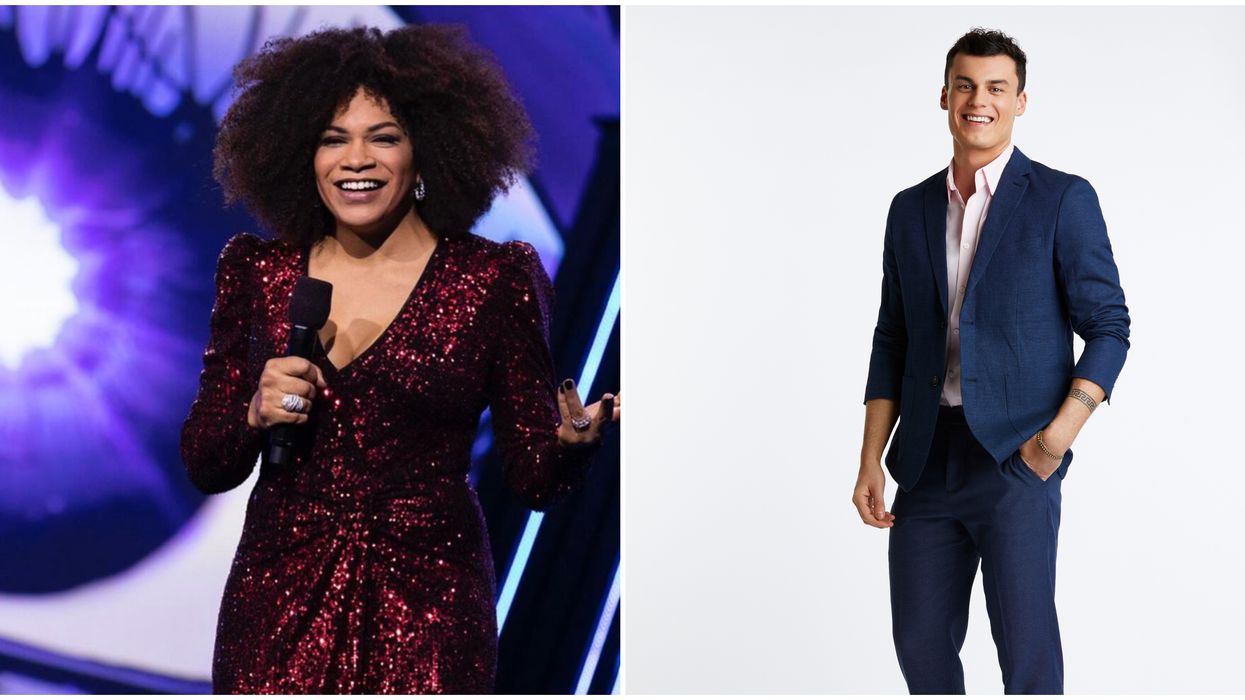 In the first back door of the season, Head of Household, Chris, decided to make a bold move by putting one of the strongest players on the block—Micheal. Of course, Chris had been reassuring the 25-year-old and his alliance (consisting of Madeline, John Luke, and Rianne) all week long that the house was conspiring against someone else, but that was never the case.

In a vote of nine to three, Micheal was evicted from the BBCAN house and headed back out into the real world once again. As a viewer, it's easy to speculate what kinds of moves you would make as a competitor on the show, but you truly never know until you're in the situation yourself.

This morning, the military infantryman sat down for an exclusive interview with Narcity Canada to discuss his feelings about being evicted, what it's really like to be a contestant on BBCAN, and of course, that steamy kiss he shared with Maddie right before walking out the front door.

You mentioned in last night’s episode that you’re not the type to stir up drama. Do you think that ended up working against you in the house?

I think so. I didn’t want to be the guy spreading around what I was hearing. Paranoia in that house just magnifies by 10, especially when you’re by yourself and there’s nothing going on—people just get that mindset. I think there’s definitely some information that was sent my way that it would’ve been good to spread around, especially to get the attention off of me.

I knew that there were definitely some powerful players in the game and they just had everyone’s heartstrings. Kyle was one of those dudes—he was crying with people, he was telling his own stories and using other people’s stories. [Kyle] just had people in a good spot to the point that he could pull anything he wanted with them. I tried to be as genuine as I could, and I think I had those connections with people, but at the end of the day, they just weren’t strong enough to persuade Kyle or Chris.

You actually volunteered to be a Have-Not. What was that experience like?

My military background definitely prepped me big time. I remember when that Have-Not door opened, I was like, “I’ve slept in stuff like this before”, like very similar places. The Slop though was definitely a game-changer for sure—I think I lost a couple of pounds eating that. We tried to get creative and I’m happy I had Maddie there to cook up some interesting recipes with that stuff, it definitely made the process a bit easier.

You and Maddie had a showmance blossoming. Do you plan on seeing where that goes outside of the house?

Yeah, definitely. Maddie and I gave each other something that we both have that we want back, so there’s some incentive for us to see one another again after it. I told her at the end, “It’s a long game. The days are long, so hopefully, you don’t forget about me too much in here.” I’ll definitely be rooting for her on the outside.

Looking back now, is there anything that you wish you could change about the time you spent in the Big Brother Canada house?

Not with Maddie, I think the way that the circumstances went brought us even closer. Especially with John Luke too, there was an “us against them” mentality, which really brought us closer. As far as Maddie, John Luke and I go, I think it was just a matter of circumstance.

Maddie and I both got put in the showmance box, although there was definitely a connection between us that really labelled it. [The showmance] was just kind of a card that we were dealt that we had to work with. Sadly, I think that Chris just couldn’t get over the fact that Maddie picked me over him.

Were you a big fan of Big Brother before you ended up on the show?

I was. I watched all the way back to season four and leading up to the show I watched not from a viewer perspective, but from a game perspective. The one thing I didn’t anticipate was that I really thought that there was a way to play it genuinely and honestly. I thought people would respect that, but at the end of the day I think that people just respond well to power, and there’s power in intimidation.

People just resorted to what was safest and didn’t feel comfortable enough standing up to what was wrong. I was a bit sad about that, I think that people are going to realize a little too late that I was the guy who could’ve been rooting for them and could’ve been an asset to them in the house.

Which houseguests would you like to see make it to the final two?

I want to see John Luke take down the game and make it to the end. He’s a huge underdog right now, especially with the aftermath of what happened with me. I really hope he won that HOH right after the eviction. I would be so happy to see John Luke, Maddie, or Rianne pull out the win for sure.

Big Brother Canada airs Wednesdays at 7 p.m. ET/PT, and Thursdays and Sundays at 8 p.m. ET/PT. Be sure to tune in on Sunday, March 15 to see which houseguest is crowned the next HOH!