She's the second biggest great white ever tagged in the NW Atlantic by Ocearch! 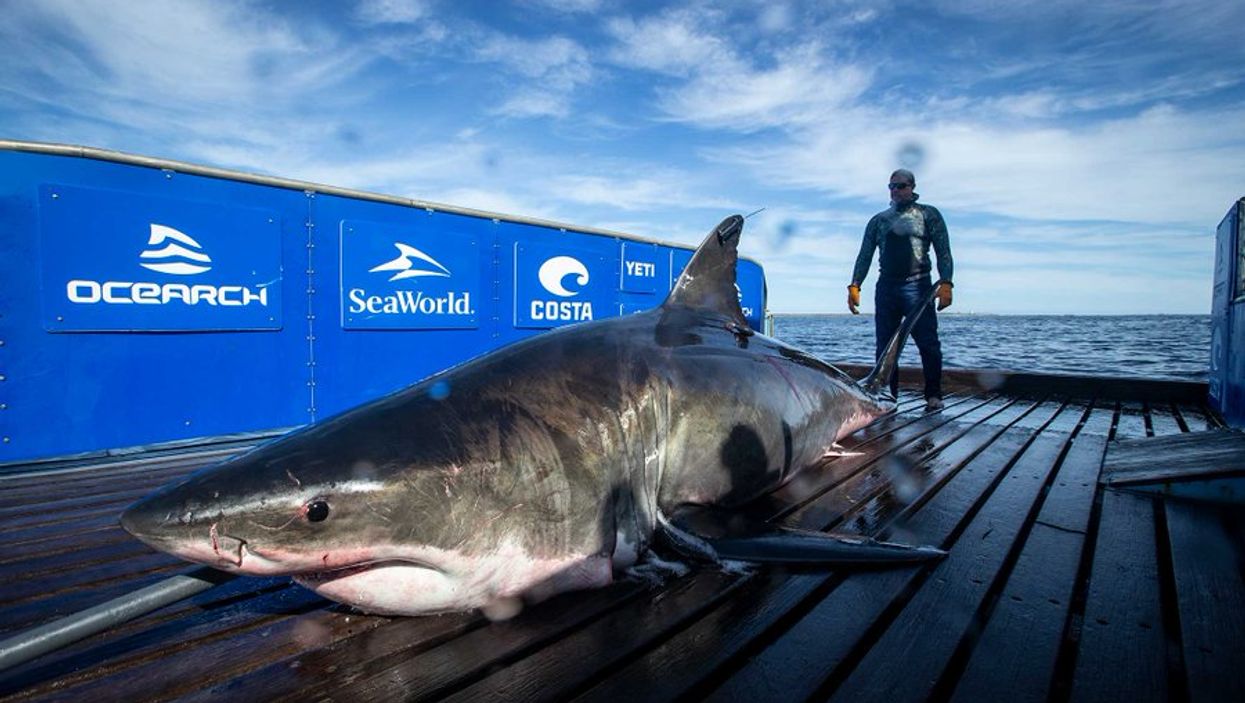 Great Whites are making their way to warmer waters right now, and while many remain untracked, the biggest shark we know of currently swimming off the Florida coast is over 15ft long and weighs more than a ton.

According to information made public on Ocearch, this massive Great White named Unama'ki was last tracked in the Gulf on November 20 at 10 p.m.

Unama'ki is an adult female shark, measuring in at a whopping 15'5'' and weighing a staggering 2,076lbs. She was first tagged on Sep 20, 2019, in Scaterie Island, Nova Scotia, which means she has traveled nearly 2,500 miles in less than 3 months. That's some powerful swimming going on!

What a beautiful shark and a beautiful name picked by @SeaWorld. Unama’ki is 15’ 5” long and 2,076 pounds. That makes her the 2nd biggest white shark we’ve ever tagged in the NW Atlantic. pic.twitter.com/OPGsW0IWg8

Her size is quite impressive; many of the other Great Whites spotted around Florida have been far less terrifying, some as "small" as 5ft, but most averaging around 10ft.

Our 3rd shark of #ExpeditionNovaScotia just safely swam off of the lift! It’s the first female of the trip and the 2nd biggest we’ve ever tagged in the NW Atlantic. Her name is Unanmaki, which is what the indigenous Mi’kmaq people call Cape Breton and means “land of the fog.” pic.twitter.com/2HUOYC858c

Unama'ki was named by Ocearch's partner, Sea World, and according to their Twitter post, "It’s what the indigenous Mi’kmaq people call Cape Breton and means 'land of the fog.'"

More information and the current location of Una can be found here.

If you can't get enough of Great White shark news, check out this article on all the ones currently on their way to Florida!