She claims that "everybody's so sensitive". 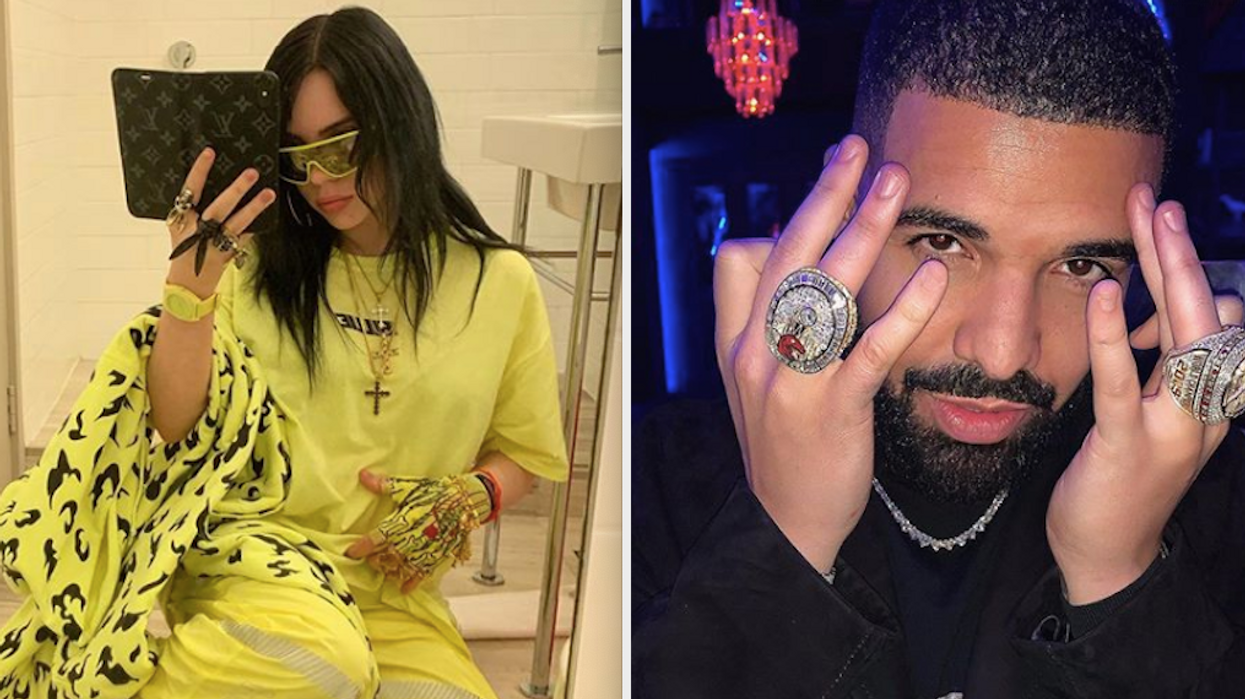 The Toronto born rapper recently got himself into hot water when we found out that he has reportedly texted younger girls. First, it was apparently Millie Bobby Brown and late last year Billie Eilish revealed she also has his number stored in her phone. After many shared their disapproval, Billie Eilish and Drake's texting scandal was just responded to by the "Bad Guy" singer.

Back in early December, 18-year-old Eilish gushed to Vanity Fair about her friendship with Drake and even called him "the nicest dude I have ever spoken to." But fans on Twitter were not at all happy about the 15-year age difference between the two musicians.

In a recent interview with Vogue, Eilish discussed the scandal she accidentally got herself into. She told Vogue, "The internet is such a stupid-ass mess right now. Everybody’s so sensitive. A grown man can’t be a fan of an artist? There are so many people that the internet should be more worried about. Like, you’re really going to say that Drake is creepy because he’s a fan of mine, and then you’re going to go vote for Trump? What the f--k is that shit?"

Vogue didn't report that the Eilish said anything else about the situation with the 33-year-old rapper.

In September 2018, we found out that Drake and Stranger Things star Millie Bobby Brown are also texting pals.

At the time, Brown was 14 years old and Drake was 31 years old. She reportedly went to the rapper for dating advice which many thought was strange based on the 18-year age difference.

In November 2019, rumours started flying about a possible romance between the Toronto-born rapper and Kylie Jenner when the two were caught flirting at his birthday party. However, since then, the speculations have fizzled out.

Drake hasn't yet responded to the criticism surrounding his friendship with Eilish.