We can't say that we're not a little jealous. 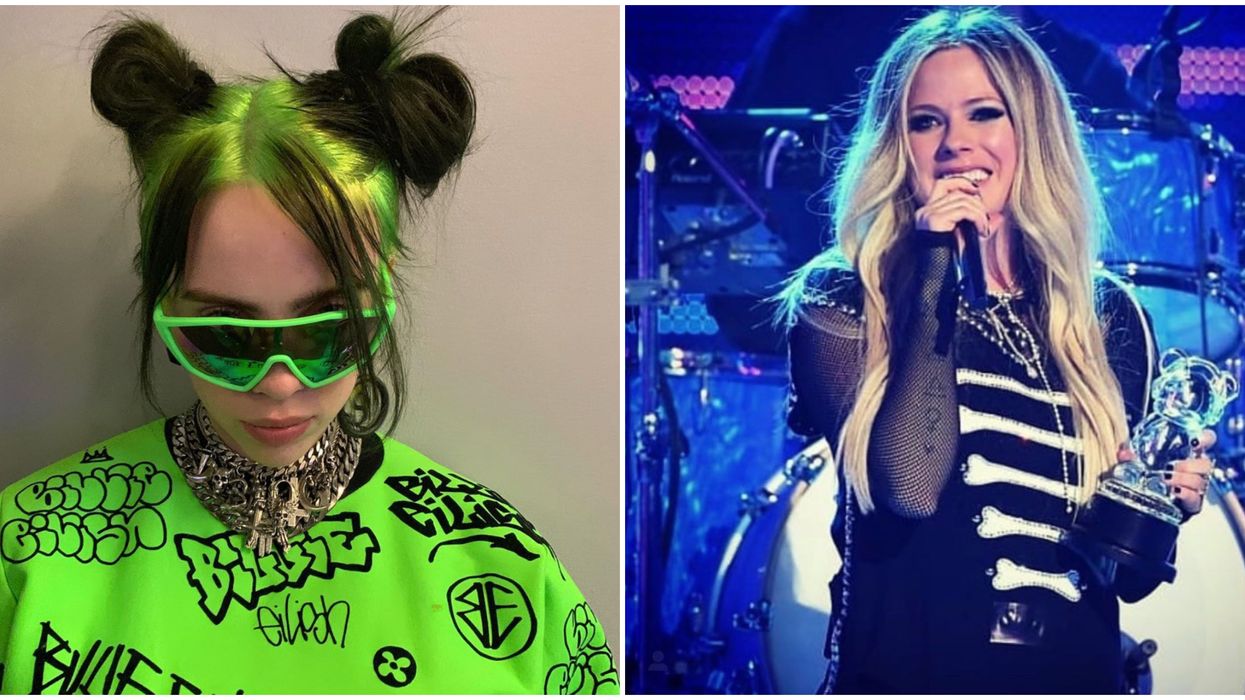 For someone so young, Billie Eilish sure does have a lot to brag about. At just 17-years old, the Grammy-nominated singer has toured the world, won countless awards, and of course, made an impressive name for herself within the industry. Over the years, Billie Eilish's celebrity friend roster has continued to expand, and now, she's got a ton of Canadians in her contact list.

For the past three years, Eilish has sat down with Vanity Fair on October 18 to complete an interview. The process started when she was just 15 and had 257k followers on Instagram.

Now that she's almost 18, Eilish has changed up her look from lilac hair to black with her signature green roots, and she's amassed a whopping 40.7 million followers on the 'gram.

In this year's interview, Vanity Fair asked Eilish who the most famous celebrity in her contact list would have to be.

She wasn't shy about name dropping, listing people like Ariana Grande, Kid Cudi, and Hailey Bieber, but after some deliberation, the "Bad Guy" singer decided that Drake was probably the most impressive.

Drizzy wasn't the only Canadian that Eilish considered brag-worthy, though. She also mentioned the name Justin Bieber, who she's openly been obsessed with long before she was famous, and Avril Lavigne, who she's often been compared to for her unique and edgy sense of style.

In 2017, Eilish considered her spot as Apple's "Next Big Thing Artist" to be her #1 career accomplishment.

In 2019 alone, Eilish has sold out her upcoming arena tour, graced the cover of Rolling Stone, and released the biggest selling album of the year, so it's fair to say that she's made a ton of progress as a performer over the years.

You can check out Eilish's full interview with Vanity Fair below.