Standing up for what he believes in! 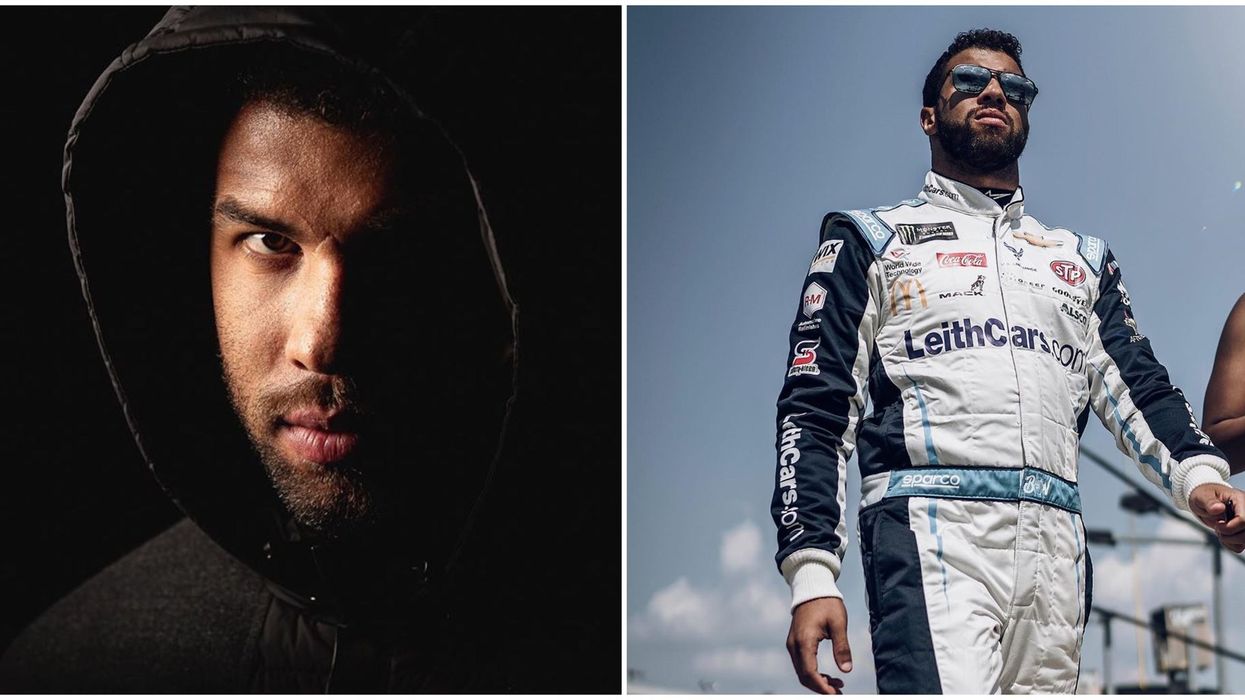 NASCAR released a statement on their website saying they were outraged and have already begun an investigation into who could have left the noose.

“We have launched an immediate investigation, and will do everything we can to identify the person(s) responsible and eliminate them from the sport," NASCAR's statement read.

"As we have stated unequivocally, there is no place for racism in NASCAR.”

Wallace, an Alabama native, is no stranger to the south’s deep roots in NASCAR, but this seems to have only served to strengthen his resolve to stand up for what he believes in.

Wallace has made his values clear in everything he does. His BLM car featured a black and a white fist embracing on the hood, framed with the words “compassion, love, understanding.”

The #BlackLivesMatter hashtag runs down the sides, along with a peace sign with hands of all colors.

Wallace has been seen at races wearing a t-shirt with the last words of the late George Floyd, “I Can’t Breathe.” His activism has reached even farther as a driving force pushing NASCAR to make the decision to ban the Confederate flag at races.

Saddened but undeterred, Wallace wrote on Twitter, "Over the last several weeks, I have been overwhelmed by the support from people across the NASCAR industry."

"Together, our sport has made a commitment to driving real change and championing a community that is accepting and welcoming of everyone. Nothing is more important and we will not be deterred by the reprehensible actions of those who seek to spread hate."

There's so much to explore in the South, and luckily, traveling doesn't have to be super expensive. You can take a train from Alabama to New Orleans this summer for just $25. You'll pass endless forests of evergreen trees, sunny skies, and sparkling blue waters on this scenic journey to Nola. Crack open a good book and get cozy for this pretty ride by the countryside.

Right now, tickets through the South are super cheap this month, ranging from $25 to $49 before fees. You'll be taking the Amtrak Crescent Train, which shuttles passengers between New York, Atlanta, and New Orleans. The tracks wind through picturesque landscapes in the summertime when the South is lush and green.