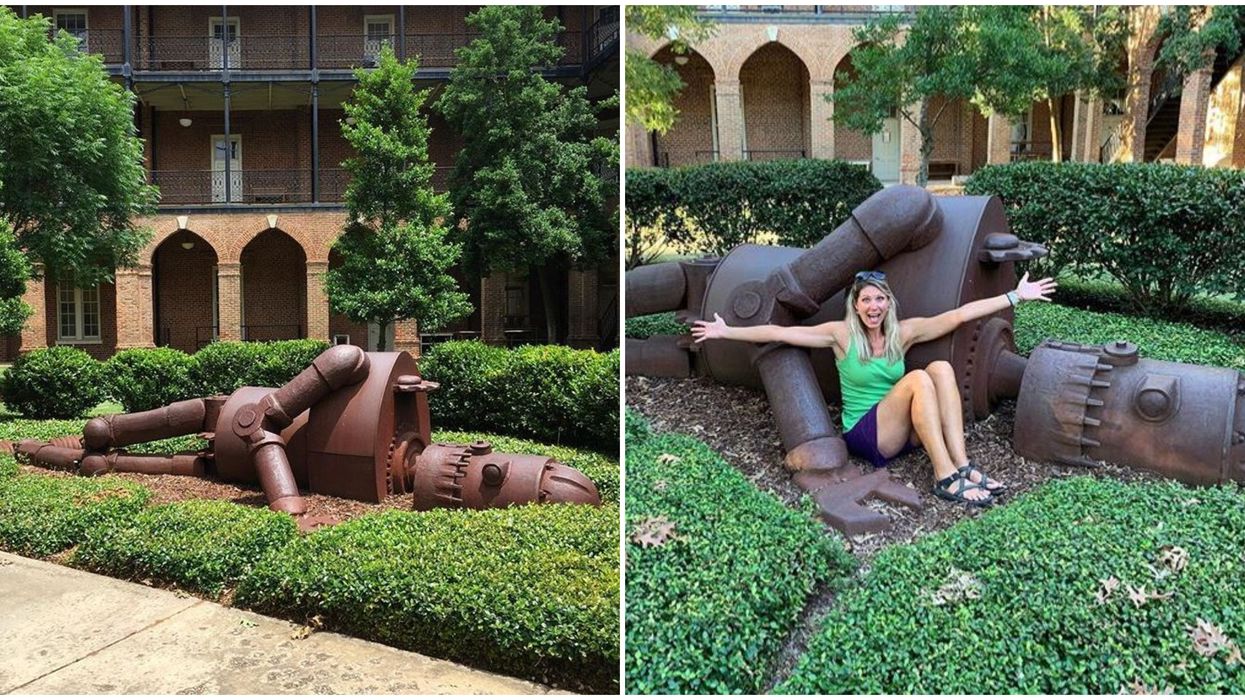 At the University of Alabama, The Iron Giant film might come to mind as you happen upon this robotic friend. If the film wasn’t among your list of childhood favorites, consider a visit to Goldie 1971 as your first introduction to a classic. What appears to be a rusted fallen robot is actually a sculpture made from cast iron and steel, and it’s a hidden gem found at the university's Woods Quad Sculpture Garden that all can visit.

Woods Quad holds art sculptures of all kinds, but Goldie is special for those who loved The Iron Giant, as it bears a striking resemblance to the main character of the classic film.

But it’s not childhood imagination that Goldie's creation speaks to; it was made to represent the bygone of iron and the Industrial Age that built Birmingham, as well as to commemorate the history of Sloss Furnaces.

AL.com tells the local story of Goldie and its connection to the location, which was once a massive blast furnace now turned eerie modern museum. “Goldie 1971” was actually a signature carved into one of the furnaces at Sloss, inspiring the sculpture's name.

The rusted-looking robot was crafted by artist Joe McCreary from parts he cast at the furnaces, where he later added a rustic finish. McCreary received a master’s in fine arts from UA and even worked as an education coordinator for Sloss Metal Arts.

Goldie totals 23 feet in length, is 4 feet tall, and weighs nearly 4 tons! The giant metal robot is a popular selfie spot in the campus' gardens.

Although it bears the date “1971” in its name, the sculpture was crafted in 2009 and has been a resident of UA since its purchase by the College of Arts and Sciences in 2010.

Whether you seek out Goldie for the photo op, creative inspiration, or even to take a little faux nap snuggled beside him, it’s a unique sight to see at Woods Quad Sculpture Garden.

Why You Need To Go: Visit this actual Iron Giant for creative inspiration, or maybe even a selfie!