It will be hosted at The Koven Restaurant in Ottawa on Aug. 17. 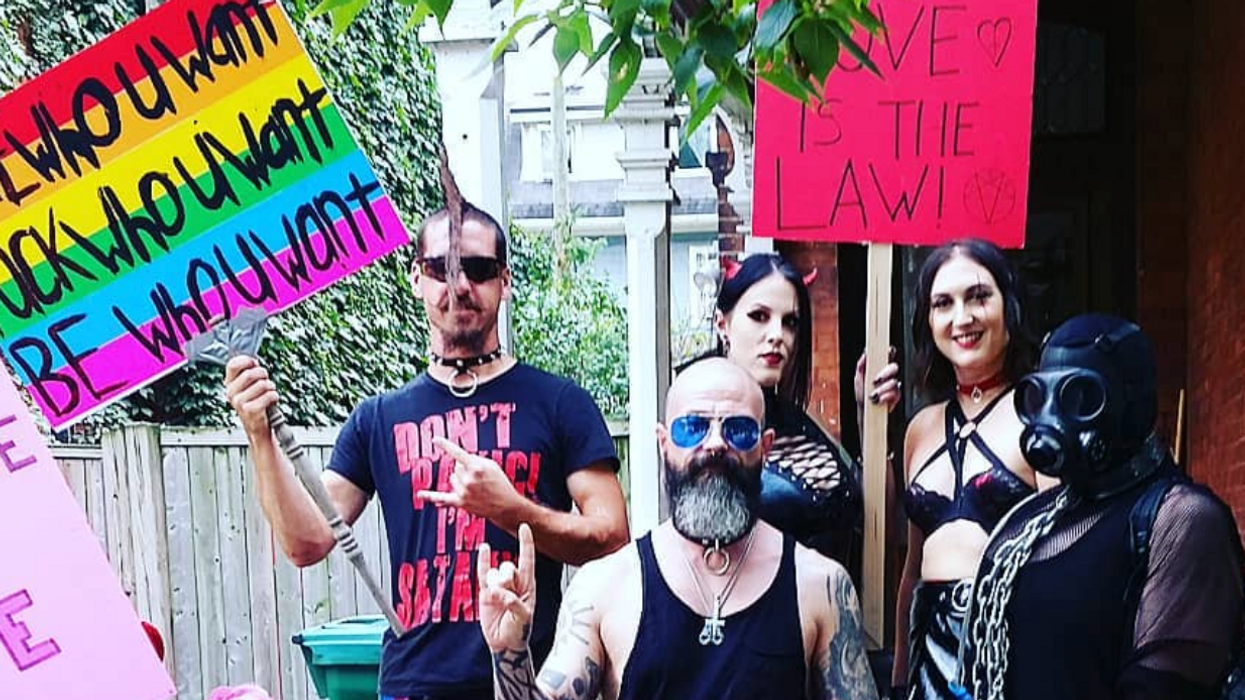 The Satanic Temple of Ottawa will be hosting their first-ever "black mass" in Canada this month, and it’s not what you think. There will be no sacrifices or bowing to lucifer at this anti-mass. Instead, this particular black mass is more about giving back to the homeless and celebrating "personal liberty and freedom."

According to the group’s Facebook page, the mass will take place on Aug. 17 at 10 p.m. It is being hosted at The Koven Restaurant, a gothic-themed bar which judging by its appearance, is the perfect venue to host a black mass.

Admission is $20 or $15 with the donation of a clean pair of socks. The socks will be donated as part of the temple's sock drive for homeless shelters. Narcity reached out to The Satanic Temple Of Ottawa for additional details.

One practice being performed at the mass is a “Satanic Unbaptism”. According to the event page, it's supposed to “help you shed your unwanted religious past, allowing you to follow your own will, and soar on your own wings."

"You are welcome to participate whether or not you have actually been baptized; regardless, it is a powerful symbol for rejecting religious tyranny and finding your own empowerment."

Here's a video of said unbaptism ritual, if you want to know what you're getting yourself into before you sign up:

The unexpectedly wholesome black mass seems less strange when you consider the fact that its members don’t worship the devil. “For the most part, they are using Satan as a symbol, as a metaphor,” said Cimminnee Holt, a lecturer at Concordia University in Montreal who specializes in modern religious Satanism, told Global News.

“There’s the use of symbols and Latin text, but we do not believe in harm to any being whatsoever,” explained Nicholas Marc, the national coordinator for the Satanic Temple in Canada, to Global News.

Instead of praising the dark lord, the group focuses on facilitating “the communication and motivation of politically aware Satanists, secularists, and advocates for individual liberty.”

So, anyone who has a little bit of a dark side and likes pub food should head to the Koven on Aug. 17, 2019. It might be your vibe.