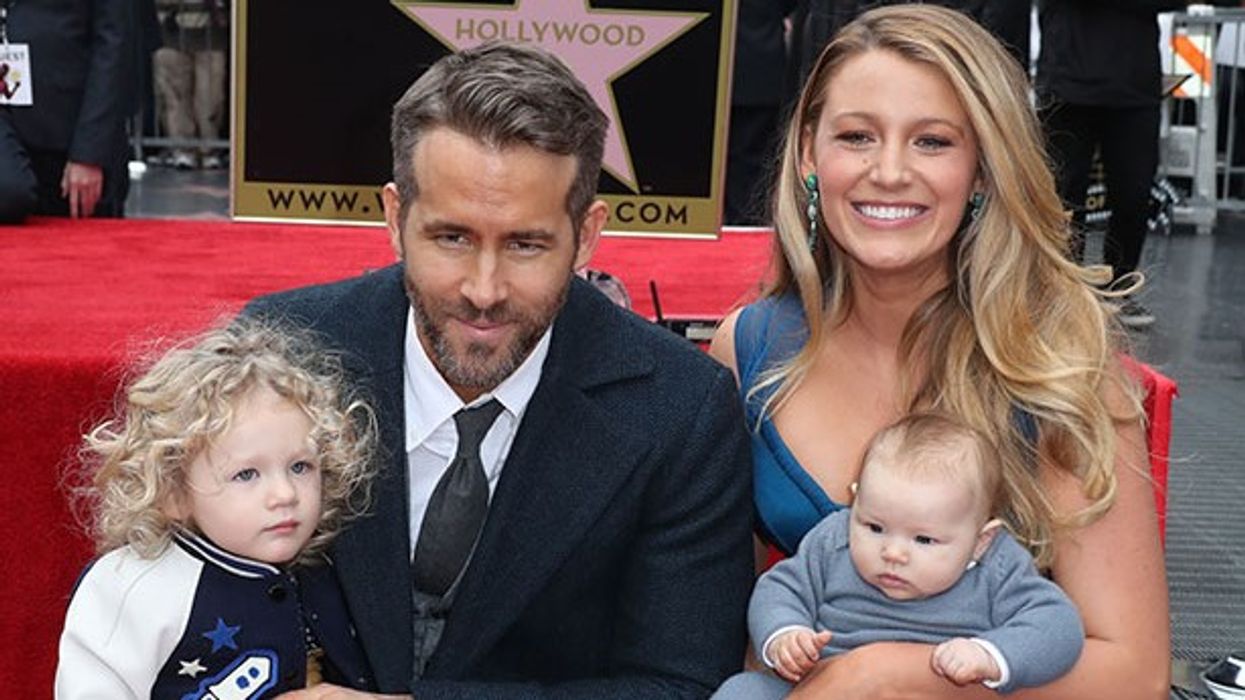 Blake and Ryan already proved this week that they're couple goals AF, but what we've also realized is that they're parents goals too. The couple are proud parents to James, two, and Inez, 10 months, their two beautiful daughters. Who they've done a good job of keeping out of the media spotlight.

READ ALSO: Ryan Reynolds Helps This Teen Get The Best Revenge On Her Ex

Blake said in her recent Glamour interview that she wants to raise strong, independent girlbossess and hubby Ryan is totally onboard. The All I See Is You actress admitted that Ryan, has banned the word bossy in their house: 'My husband said, "I don't ever want to use that word again. You've never heard a man called bossy".'

So embarrassing that @glamourmag captured me on one of my daily wheat walks, and I had no idea. Thank goodness I had full hair & makeup, and thigh high boots on. Can't wander a field without them! 😊😁😜

The family are also total feminists, saying that they try and use female pronouns day to day. For example, if Ryan Reynolds picks up a caterpillar, he'll ask: 'What's her name?' rather than, 'What's his name?'

Met some magical, innovative, badass people last night. Thank you #Time100 for including me on this list. And any night that ends in a huge, snappy dance number is a good night by me.

'So there's nothing I can teach my daughter [James]. She already has all of it. The only thing I can do is protect what she already feels.'

Stretching across the far eastern and southern parts of Alberta as well as across a huge portion of Saskatchewan, weather warnings are advising locals to schedule outdoor activities for the cooler hours of the day, drink tons of water, and take breaks from the heat.