21-year-old Navindra Sookramsingh was hit by a vehicle in Brampton on March 17th. 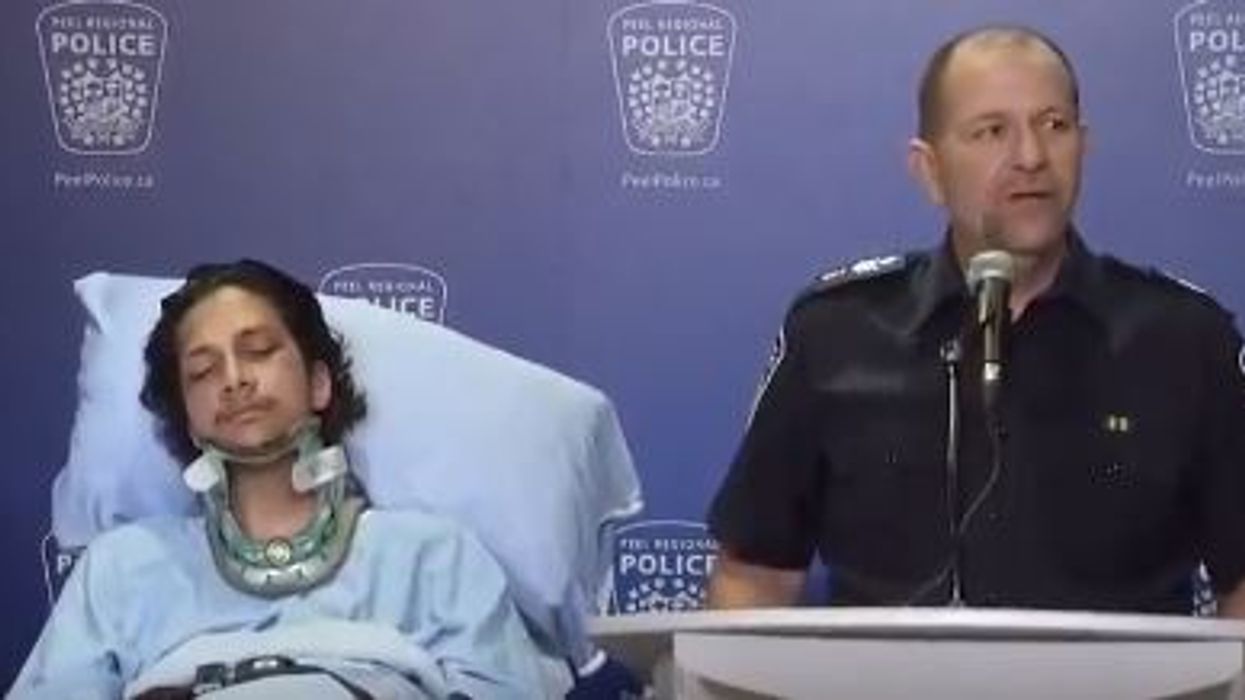 21-year-old Navindra Sookramsingh was hit by a vehicle travelling southbound after he collapsed on West Drive between Clarke Drive and Orenda Boulevard in Brampton, Ontario on March 17th at approximately 4:30 AM.  According to witnesses, he was thrown 20 metres after he was struck by a beige Toyota Corolla. Paramedics rushed him to a trauma centre where medical professionals attempted to treat his severe injuries.  The driver immediately fled the scene. Now, the Brampton hit and run victim is in critical condition.

Police report that Sookramsingh suffered multiple broken bones, in addition to facial and internal injuries, and continues to be kept in hospital.

Police have urged the unknown driver to come forward and contact police.  "Police are asking citizens to be vigilant and report any similar vehicles with minor front end damage to them."

Det. Sgt. Gary Carty of the major collision bureau said, "We recognize that you are probably frightened by what happened; we are hoping that you will do the right thing and turn yourself in."

Police speculate that the driver may not have realized that Sookramsingh was hit when they drove away after making the impact:

This morning, Sookramsingh was wheeled into a Peel Regional Police press conference on a hospital gurney, where he discussed how the traumatic accident has drastically affected every aspect of his life.  He also commented that he is willing to forgive the driver who hit him but asks them to first come forward to police.

Navindra Sookramsingh talks about the things he wishes he could do again. The road to recovery for this young man w… https://t.co/jhNZBFUviQ
— Jamie Mauracher (@Jamie Mauracher)1556202268.0

Anonymous information can also be submitted by calling Peel Crime Stoppers at 1-800-222-TIPS (8477) or by visiting peelcrimestoppers.ca.

People have been reaching out to Sookramsingh via social media, sending him good wishes and prayers.