It's his own country! 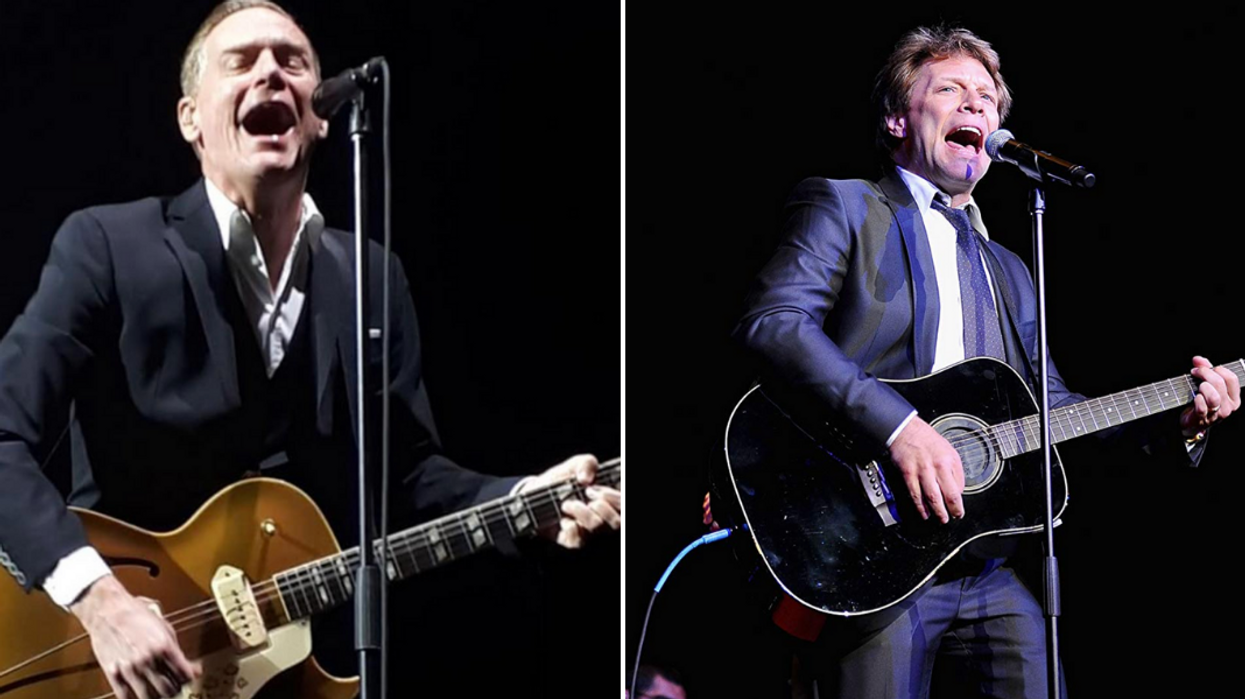 It isn't every day that two music legends team up for the tour of a lifetime. For fans of this duo though, their dream concert is just a ticket purchase away. Recently, a Bryan Adams & Bon Jovi tour was announced. However, Canadians fans of the two artists aren't exactly thrilled about some of the dates.

It was revealed on January 15 that the Canadian artist would be joining the iconic Rock band on their summer 2020 tour.

Starting on June 10 in Washington, the tour is expected to stop in 18 cities across North America ending on July 28 in New York City.

Although there was one Canadian date announced in Toronto on July 10, fans quickly noticed that Adams wasn't scheduled to perform with Bon Jovi at the Scotiabank Arena.

Since the realization, fans looking forward to the collaboration concert have been expressing their disappointment and demanding answers on social media.

One fan tweeted, "Why is the Canadian Toronto date without their Canadian guest, Bryan Adams? Ugh!"

Fans of Adams are surprised that he won't be taking the time to visit just outside of his hometown of Kingston. One user tweeted, "And bryan adams is not doing the one show in canada...." and "How does it make sense that the ONE Bon Jovie tour date schedules in Canada is one of the few WITHOUT Bryan Adams?"

How does it make sense that the ONE Bon Jovi tour date scheduled in Canada is one of the few WITHOUT Bryan Adams? Que pasa?
— Mobile G📱🇨🇦 (@Mobile G📱🇨🇦)1579100457.0

Other fans are just downright confused asking, "Why no Bryan Adams on this show?" and "Where is @bryanadams for the @ScotiabankArena show?"

Someone even got a little worked up over the news, tweeting out in frustration, "Does anyone else find it ridiculous that @bryanadams is not coming to the only Canadian stop on the tour?!? Great job on that one! Such a great 'Canadian'"

@BonJovi Does anyone else find it ridiculous that @bryanadams is not coming to the only Canadian stop on the tour?!… https://t.co/jPoSiizjHm
— Lindsay Janes (@Lindsay Janes)1579103642.0

In the end, these fans can potentially all relate to fan Sean's request, "Need 🇨🇦 dates."

The "Summer of '69" singer will also not be making an appearance on the Las Vegan tour stop.

So far, on Adams' website, there are no other prior engagements listed for July 10th when the tour will stop in Toronto.