7 Easy Steps To Get Over Your Ex

You just got dumped and it's not a good time. Angry texts have been sent, friendships on Facebook have been deleted, drinks in faces have been thrown. You're feeling the feels and trying to adapt to singlehood but not really succeeding. What's so great about eating alone, you think to yourself. Well, my friend, there is much good about eating alone. And being alone in general. Here's a list of stuff that will surely convince you it's going to be ok.

Let's face it— your ex wasn't nearly as satisfying as a triple cheese slice. Toronto is great because there are so many glorious pizza places to try. Get the loaded margherita at King Slice for $4.80 or a simple and delicious pepperoni rectangle slice for only $2.50 at Vesuvio's. Or you could just scarf down a whole pizza by yourself. As the great Miley Cyrus once said, "Only God can judge ya!"

Sugar is the number one cause of diabetes and the number one cure for a broken heart. Luckily, you can get your sugar fix in a variety of ways. Dig doughnuts? Jelly Modern in Hogtown is the bomb. Need macarons? Get a whole box of 'em at Nadège on Queen West. Alternatively, if you're looking for straight up flavored sugar, Sugar Mountain has all the candy your sad heart desires.

3. Talk It Over With Friends Over Dessert.

You won't want to get out of bed or put on pants or interact with people but...it's better if you do. And sooner rather than later. One magical place where you can sob to your friends and stuff your face with crepes is Demetres. They have crepes, waffles, cakes, pies, sundaes, banana splits, ice cream sandwiches and smoothies. Basically, the works. Your depressing life will be made infinitely better.

A good place to cry your eyes out is in your room. Another good place to do that is at the movies. Grab a seat at the back, dig into an XL bag of popcorn, and let those feelings out. Everyone will love it. You'll be like those annoying people who talk throughout the whole movie but better. 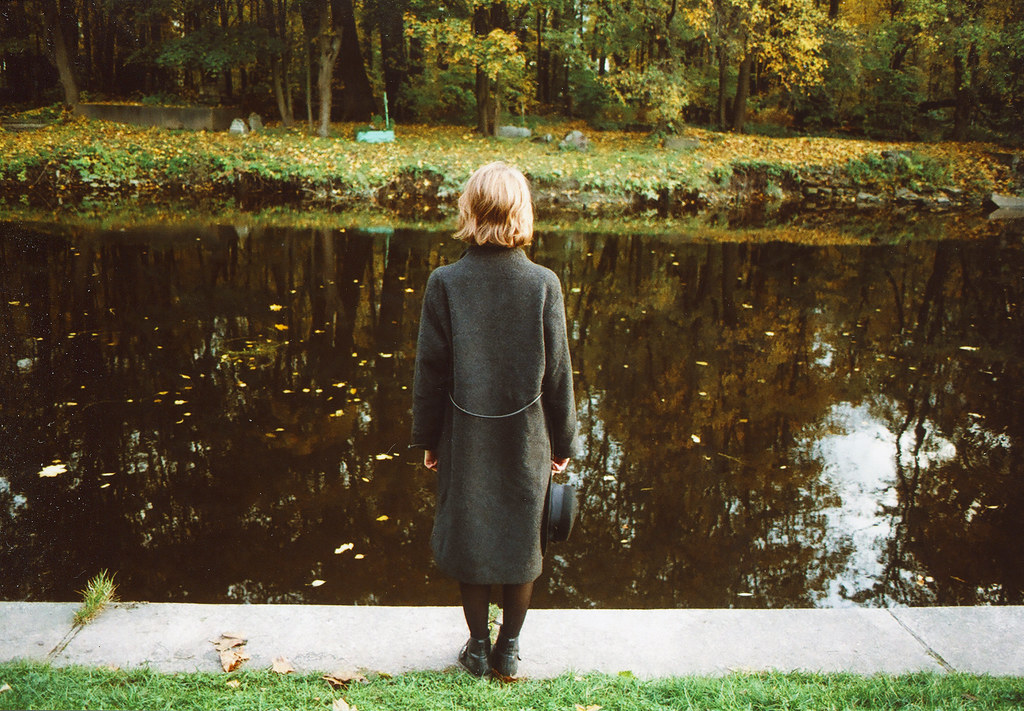 5. In Fact, Make An Effort To Cry In Any Public Place.

Parks are generally a good place to cry alone because you can sit on a park bench and watch the children on the playground as you realize you'll never have kids or a family or a husband. High Park is pretty good for that. So is Trinity Bellwoods and Christie Pits.

6. Get Drunk At Cheap Places.

Once you've spent enough days eating more calories than an Olympic weightlifter and crying more than a 3 month old baby, it's time to drink. A lot. Since you'll be downing unhealthy amounts of liquor, make sure the places you go to are cheap. Like Sangria Lounge on Roncesvalles which has drinks for $5. Or Green Room in the Annex that has pitchers for less than $15.

After one too many cheap pints, what better way to end your miserable night than at some loud bar? Dance your sorrows away at The Boat in Kensington or Bambi's on Dundas West. If you're not in the mood to make poor life decisions, blasting T-Swift at home will also do the trick.

When all is said and done, it's a good idea to drop your mom a line. She'll say everything will be fine and she'll say she didn't like your ex anyway. You might not believe her at first but eventually you will. Because it will get better and soon you'll be back to your weird, chipper self.