What do things like cheese, wine, beef and brandy have in common with Mean Girls? They all get better with age.

And Mean Girls has "aged" nicely indeed. Initially, the Tina Fey comedy about the imminent brutality of high school cliques experienced only a mellow success, bringing in just around $24 million at the box office on its opening weekend. But since then, Mean Girls has been on a trajectory towards legend status; zooming past the cult-classic threshold and establishing itself as one of most influential and timeless teen movies ever.

It did this all without the help of the social media giants that most movie projects today typically rely on to reach the same level of success. Back in 2004 when the movie was released, there was no Twitter or Tumblr, which are undeniably the largest "play spaces" for all things Mean Girls today. It worked its way up to fame the hard way.

In honour of the classic movie, this article assigns a Mean Girls character to various universities in Ontario based on their similarities. Which North Shore character is your university? Will you be member of the Plastics or the Art Freaks? Read on to find out: 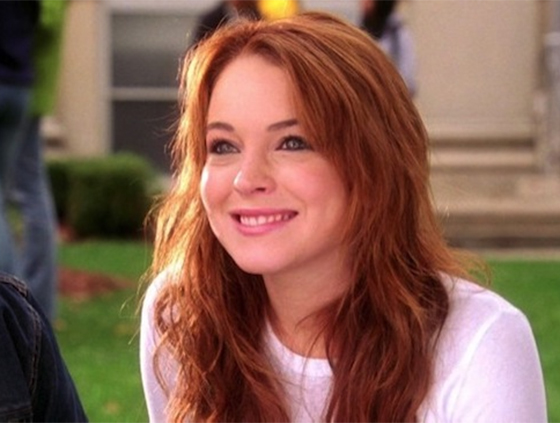 Cady Heron and the University of Toronto share a lot of commonalities; the main one being that they are both the 'protagonists' in their respective realms. Cady was (at one point) the most popular girl in school in the same way that UofT is the most popular post-secondary institution in Toronto.

Like Cady, UofT didn't always have it easy and had to work its way up from scratch to reach its current level of fame. UofT started off as one man's dream to establish an institution of higher learning in a new world, and faced several obstacles before achieving the renowned status it now holds. Such is akin to Cady's desire at the start of the movie to fit in at her new school and make a name for herself.

Cady is well-rounded as a result of her double-life. Being a mathlete validated her intelligence, while hanging out with the Plastics helped her become more versed in the unwritten rules of teenage life. UofT students can relate to this, in that going to a world-class university in the heart of downtown Toronto helps them establish a healthy mix of book and life smarts. Every term, they take on a rollercoaster-like path similar to that which Cady took; one that typically involves a strong start, getting lost somewhere in middle and desperately crawling back to reality in the end.

A memorable Cady quote you can also picture a UofT student saying:

"The limit does not exist."

Understandably, no Ontario university (or any university for that matter) would want to be associated with a character like Karen Smith. But there's good to her, I promise.

Karen is definitely not the smartest cookie in the jar - in fact, she's a known and proven idiot. And though YorkU is far from stupid, it may still be able to relate to Karen, as it falls victim to the same typecasting as she does; often being labelled as "dumb" or "mediocre". Brutal (and inaccurate) stereotypes like "If you can hold a fork, you can go to York" are often advocated by other Ontario Universities, similar to how Regina George often exclaims hurtful things about Karen (e.g. "God Karen, you are so stupid").

"Irregardless", Karen still has some good qualities - she's popular, loyal, and the most modest of the Plastics (I mean, she did apologize twice for telling everyone about Gretchen's diarrhea debacle at Barnes & Noble). She's also bluntly honest, which some people may find admirable (though, I do agree with Gretchen when she says that "you can't just ask people why they're white"). In comparison, YorkU students are also friendly, outspoken and loyal. They're proud of their school regardless of the negative stereotypes in the same way that Karen loves herself no matter what anyone says about her.

A memorable Karen quote you can also picture a YorkU student saying:

“Do you wanna do something fun? Wanna go to Taco Bell?” Gretchen Wieners and Queen's students are most common in one single aspect - money. Gretchen is essentially the personification of money. After all, her father is the inventor of Toaster Strudel. She's known for being obnoxiously boastful at times and for having hair that's "full of secrets".

Queen's students can relate to Gretchen since they're also known for being wealthy and privileged (I wouldn't be surprised if a Queen's student's father was the actual inventor of the Toaster Strudel). They have a beastly pride for their school and love to brag about it, and their campus also holds a lot of secrets, just like Gretchen's hair does. In essence, Gretchen and Queen's students are the people that everyone just loves to hate.

In the movie, Gretchen experiences a gradual falling out with Regina. It occurred in various stages - Regina criticizing Gretchen's attempt to "make 'fetch' happen", Gretchen's epic Brutus speech that followed, and her final climactic standoff with Regina where she ended their friendship once and for all with one roar of "You can't sit with us!". Such tensions are similarly seen in the so-called rivalry between Queen's and Western, which has been long-debated in the Ontario university world.

A memorable Gretchen quote you can picture a Queen's student saying:

“I’m sorry that people are so jealous of me, but I can’t help it that I’m popular.” 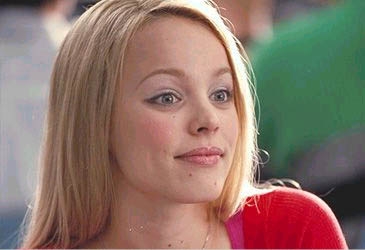 "Regina George. How do I even begin to explain Regina George?" Well, according to her North Shore classmates: 1) she is flawless, 2) her hair’s insured for $10,000, 3) she does car commercials in Japan, 4) her favourite movie is Varsity Blues, 5) one time she met John Stamos on a plane and he told her she was pretty, and 6) one time she punched some girl in the face (and it was awesome).

With those descriptors in mind, it only makes sense that Regina be the chosen representative for Western University. Western students are often viewed in similar ways as Regina. Take this description of the typical Western girl from Maclean's for example: "She’s the picture of privilege, the epitome of entitlement. She’s the girl you love to hate... She’s well-off to the point of being spoiled. She doesn’t care much about school. Primping and partying are her priorities. She’s everything a good teen movie villainess should be. She’s Regina George, the Queen Bee from Tina Fey’s flick Mean Girls and living in London, Ontario." It goes on to say that when most people think of a Western student, they immediately think "blonde, pretty, and fond of Ugg boots, Lululemon yoga pants or Ray Bans."

That's right, even Maclean's thought Regina was a good match for Western (that is, based on stereotypes alone). Although Regina has a pretty bad rep, she has some good qualities that she shares with Western. Like Regina, Western is both a trendsetter (having put forth many influential alumni) and a leader (in areas like business).

A memorable Regina quote you can picture a Western student saying:

“Get in, loser. We’re going shopping (in Masonville).” 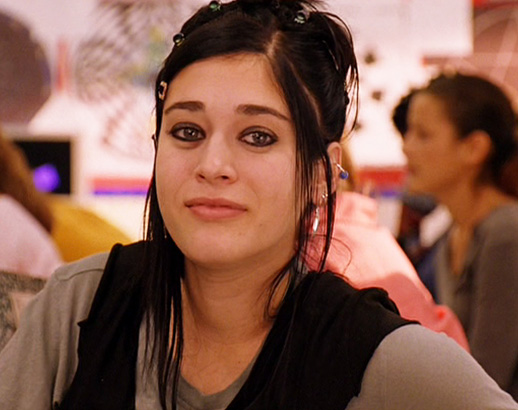 Janis Ian is an artist. So naturally, she must be assigned to OCAD University. She's an avid observer of life, a logical thinker, and also exceptionally creative (after all, she was the brains behind the iconic Jingle Bell Rock choreography). In the movie, Regina spread false rumours about Janis, saying that she was a lesbian and a crack addict, and this made her highly misunderstood by the rest of the student body. However, despite the lies being told about her, she is still the most secure character in the story.

Like Janis, OCAD students are some of the most creative people in the city. They've even landed a couple of sweet gigs around Toronto (like this one). They are daring in their fashion choices and this often leads to them being misconceived by others in the same way that Janis is at North Shore. Regardless of the slew of criticisms that OCAD students face daily, they are still comfortable in their own skin and will always choose passion over popularity.

Ignorant people may consider OCAD students "Art Freaks". But in reality, they are actually some of "The Greatest People You Will Ever Meet."

A memorable Janis quote you can picture an OCAD student saying:

“There are two kinds of evil people in this world. Those who do evil stuff and those who see evil stuff being done and don’t try to stop it.” 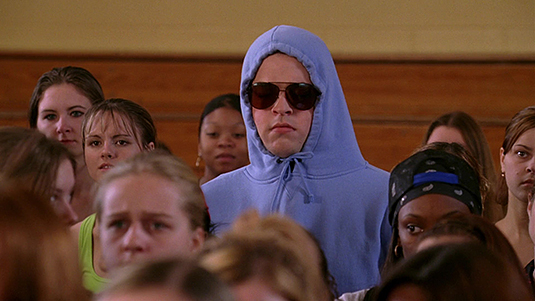 Damian looks cuddly on the outside, but he's got a spunk to be reckoned with. Such is a similar case for Guelph students, who could be described as "gentle beings with an attitude." They are kind and caring but also possess a sharp sarcasm, which they like to employ in opportune situations. Guelph students have the same outgoing and friendly personality as Damian and their massive school pride is evidence of such.

Janis describes Damian as "too gay to function". Such description probably comes from the fact that he prefers using the women's washroom and likes the colour pink. Damian also seems to like having structure in his life (he freaks out at the possibility of being late for his curfew). Guelph is very similar - UofG has a large gay community, it is in support of gender-neutral washrooms, and its carefully-constructed academic programs are an indication of its advocacy for structure.

A memorable Damian quote you can picture a UofG student saying:

She asked me how to spell 'ahrange'.

The fact that Aaron Samuels is a varsity athlete makes him the perfect representative for the jock-infused institution that is Wilfrid Laurier. Many members of the CFL are actually Laurier alumni.

But sports savvy isn't the only thing that's common between Aaron and Laurier. Both Aaron and Laurier students are considered "regulation hotties" in their domains. The Laurier student body has been known to be composed of some of the most beautiful students in Ontario; at least, according to people like this guy, who believes "Laurier is the hot older sister, (Laurier is twice as old as UW, in fact UW is a spinoff from Laurier), while UW is the geeky younger brother, coming of age." Additionally, the stereotype that Laurier students are not so competent in academics is somewhat comparable to Aaron's inaptitude for certain school subjects, like calculus.

Nevertheless, like Aaron, Laurier students are all-around friendly and likeable. All they care about is school, their moms and their friends, and that's not a bad thing at all.

A memorable Aaron quote you can picture a Laurier student saying: 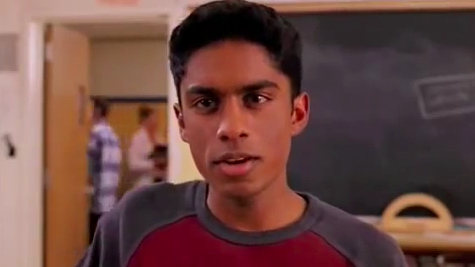 Ryerson University has a lot in common with Kevin Gnapoor. There's something about Kevin that exudes the same "urban" vibe that Ryerson students do. Perhaps it's his use of ridiculous slang, or the fact that he refers to himself as a "Math Enthusiast/Bad Ass MC". Whatever the case, one thing is for sure - Kevin and Ryerson are the life of the party.

Both of them are involved in the performance arts, particularly in the field of Hip Hop. Kevin G spit one of the most legendary verses in rap history at the North Shore Christmas Talent Show, and Ryerson University used to have a radio station in the early 90's that promoted some of Canada's early rappers. They are also both intelligent and good leaders - Kevin is the team captain of the North Shore mathletes, and Ryerson is a frontrunner in innovation and always comes up with smart solutions to improve the way we live.

Lastly, in the movie, we discover that Kevin's been in love with Janis his whole life. Perhaps this could mean that Ryerson students and OCAD students would make a great pair?

A memorable Kevin quote you can picture a Ryerson student saying:

“Don’t let the haters stop you from doing your thang.”

Want more? Check out a similar article I wrote on 10 Ontario Universities As Harry Potter Characters!