The Flames' GM made a short comment on the matter. 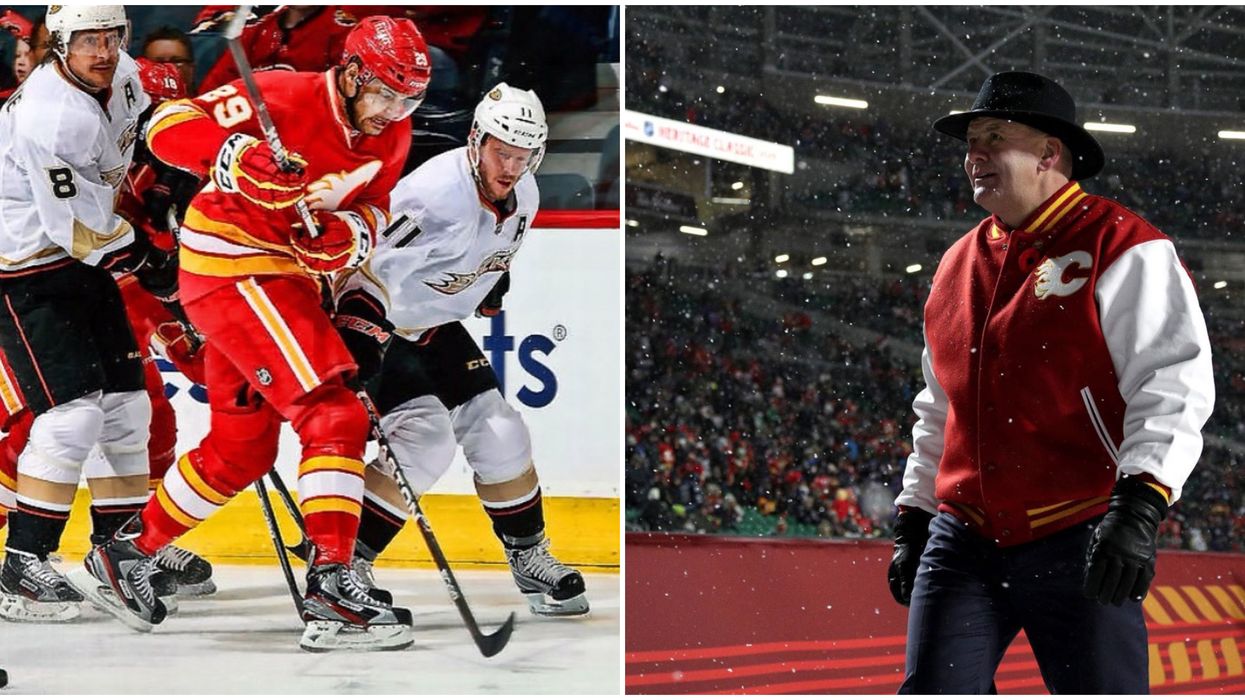 It has been a disheartening season for Calgary Flames fans. After a tragic six-game losing streak followed by one win and another loss, the Flames’ shot at a playoff spot is still up in the air. In the midst of an underwhelming season, many fans are wondering if head coach Bill Peters will maintain his position with the Flames. To add insult to injury, a tweet surfaced on Monday, November 25, from a former player accusing Peters of saying racial slurs in the dressing room. The tweet about the Bill Peters racial slurs comes from former Flames player Akim Aliu.

Akim Aliu played his entire NHL career with the Calgary Flames from 2011 to 2013. The tweet came in three parts, stating that Peters “dropped the N bomb several times towards me in the dressing room in my rookie year because he didn’t like my choice of music.”

Aliu admitted in the second tweet that he rebelled against the coach. In response, Peters allegedly “wrote a letter to John McDonough and Stan Bowman to have [Aliu] sent down to the ECHL.”

He then spoke to the fact that he was only 20 years old at the time and on pace to score 20 goals in his first professional year.

admit I rebelled against him. Wouldn’t you? And instead of remedying the situation, he wrote a letter to John McDon… https://t.co/pORFqovvhS
— Akim Aliu (@Akim Aliu)1574727347.0

In response to the former player’s tweets, a number of hockey fans are expressing their support. “That's awful, I'm really sorry you had to go through that. Hockey should be as inclusive as possible but unfortunately some people will never see it that way,” one Twitter user wrote.

“This is extremely unsettling,” wrote another.

While many responses are supportive, some comments are asking Aliu why he is speaking up now, and why he is using Twitter to do so.

Following last night’s game, Flames GM Brad Treliving spoke to the media about the accusation. A video of the brief interview was shared on the Calgary Flames' Twitter account.

Treliving simply acknowledged that both he and Peters have been made aware of the tweet, but that they hadn’t had a chance to discuss it as it surfaced during the game.

He said these matters are taken “very, very seriously” and that they will be sharing further comments once they are able to talk about it amongst themselves.

Aliu's statement follows closely behind accusations about Mike Babcock, who was recently fired as the Toronto Maple Leafs' head coach. Fans have even wondered if Babcock will take Peters' position as the Flames' head coach. However, it's clear that there is a great deal of curiosity surrounding Bill Peters' future in the NHL at present.