Blind, Diabetic Dog Had To Be Put Down After Being Abandoned In A Canadian Pet Store

Blind, diabetic dog put down in Calgary after it was abandoned in a pet store. 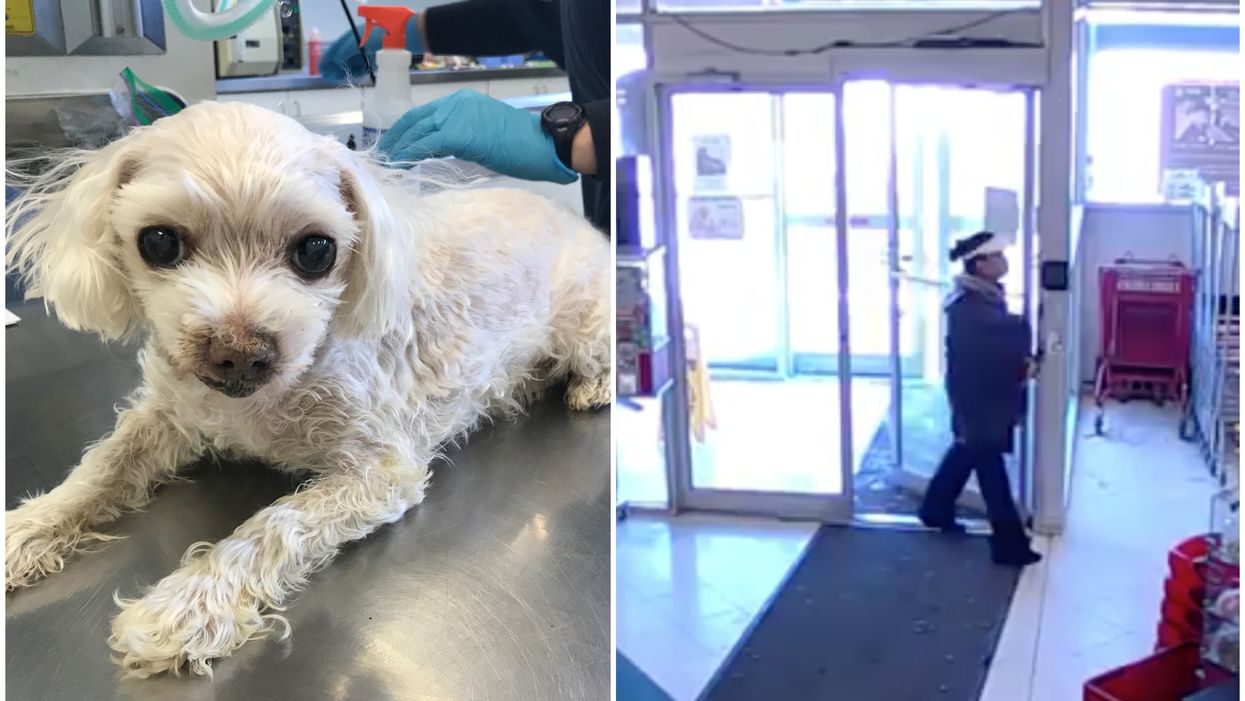 A woman intentionally left her dog inside a pet store in Calgary and the details of the story are heartbreaking. "At approximately noon on February 21, 2019, a senior female dog, appearing to be a maltese or bichon, suffering severe medical neglect, was abandoned by an unknown female in the Sunridge Petland store," read Calgary Humane Society's news release.

"Surveillance video shows a woman entering the pet store with something concealed in her jacket. Within minutes, she leaves with the jacket loose and open. Soon after, store staff discovered a blind and immobile dog left behind."

The staff then contacted the Calgary Humane Society, which is an animal welfare organization, and they seized the abandoned dog. The identity of the woman still remains unknown.

The Calgary Humane Society is now asking for the public's help to find and identify the woman who abandoned her disabled dog. They released surveillance footage on their Facebook page today of the woman entering the store, hiding the dog under her coat, and leaving promptly after abandoning her dog.

Check out the surveillance video they posted on Facebook below.

Since the video was uploaded on Facebook, it has gone viral. The video has garnered 23,000 views, as well as over 800 shares since it was posted a few hours ago.

When the dog was examined by the Calgary Humane Society, they found out that the dog was in seriously bad health. "Examination of the dog revealed a very poor prognosis due to untreated diabetes," read the news release.

The dog ended up having to be put down by vets. "Diabetic animals that go untreated, suffer immensely", read the release. "Veterinarians determined the dog needed to be euthanized to end its suffering."

Here's a photo released by the Calgary Humane Society below in their news release of the dog.

The Calgary Humane Society said that the woman has yet to be successfully identified by investigators, so they are now asking the public for their help. Brad Nichols, Senior Manager of Animal Cruelty Investigations, said in the release, "While some may see this as a semi-responsible abandonment as it was done indoors at a pet store, it remains irresponsible, inappropriate and criminal".

"There are a multitude of veterinary clinics in the area, as well as the services of Calgary Humane Society that could have been utilized rather than dumping an elderly, blind dog in unfamiliar surroundings. We would like to speak with the woman in the video to further understand the actions taken on February 21."

Anyone who has information about this incident is asked to contact the Calgary Humane Society at (403) 205-4455 or online at their website.