Health officials are also on the lookout for symptoms. 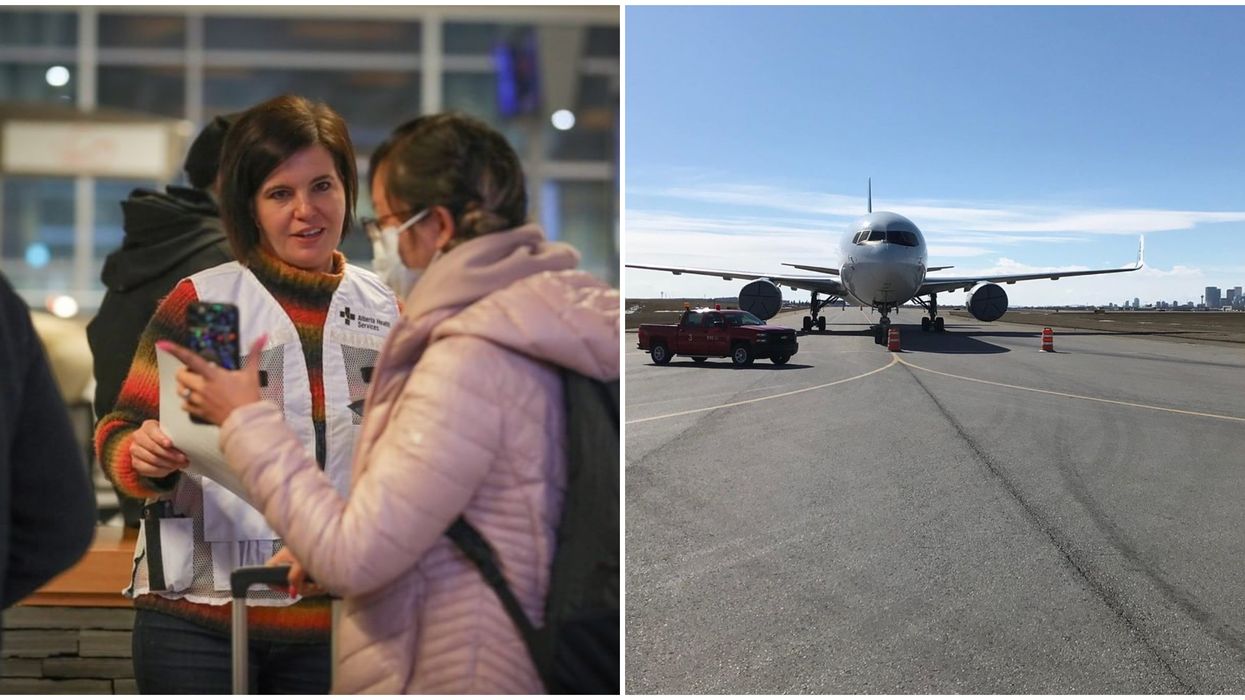 International travellers touching down in Calgary are going to be greeted by health officials rather than the standard cowboy hat-wearing greeters. Since Canada announced that all incoming international passengers are now required to self-isolate upon arrival, Alberta Health Service officials have been deployed at the Calgary Airport. They're meeting with every international arrival and giving them the scoop on the mandated public health procedures.

The federal government announced on Wednesday, March 25, that they're now requiring all incoming passengers arriving from outside Canada to go into self-isolation. To make sure people are actually doing it, AHS has ramped up their measures surrounding incoming travellers.

CBC News reported that only a handful of international passengers are actually arriving amid the pandemic.

All of the people coming from other countries to Calgary are immediately greeted and checked by AHS officials, who let them know about the self-isolation mandates.

Before the official announcement, the Canadian government was merely asking the international passengers to self-isolate rather than requiring them to do so.

Penalties are in the works to potentially fine people who don't self-isolate after travel.

Not only are the AHS officials immediately confronting each passenger after they step off the plane, but passengers are also being asked about their health conditions before they get on their flights to Canada.

Alberta Health Services announced on March 23 that recent travellers, both international and domestic, showing mild symptoms are no longer being prioritized for testing.

A press statement by Calgary Airport detailed how the airport is supporting the efforts of the health agencies operating within their premises.

YYC Airport has also accommodated agents from the Public Health Agency of Canada and Canada Border Services, who are conducting screening measures for incoming passengers from the U.S. and other locations abroad.

The airport also cited a "notice a strong presence of PHAC quarantine representatives on the lookout for arriving guests who may be displaying symptoms."

AHS is the latest gang to join the airport crew. Global News explained that Alberta Health Services had set up at the Calgary Airport before Canada even imposed the mandatory self-isolation rule.