It was a purr-fect weekend for the many cats that found a new home! 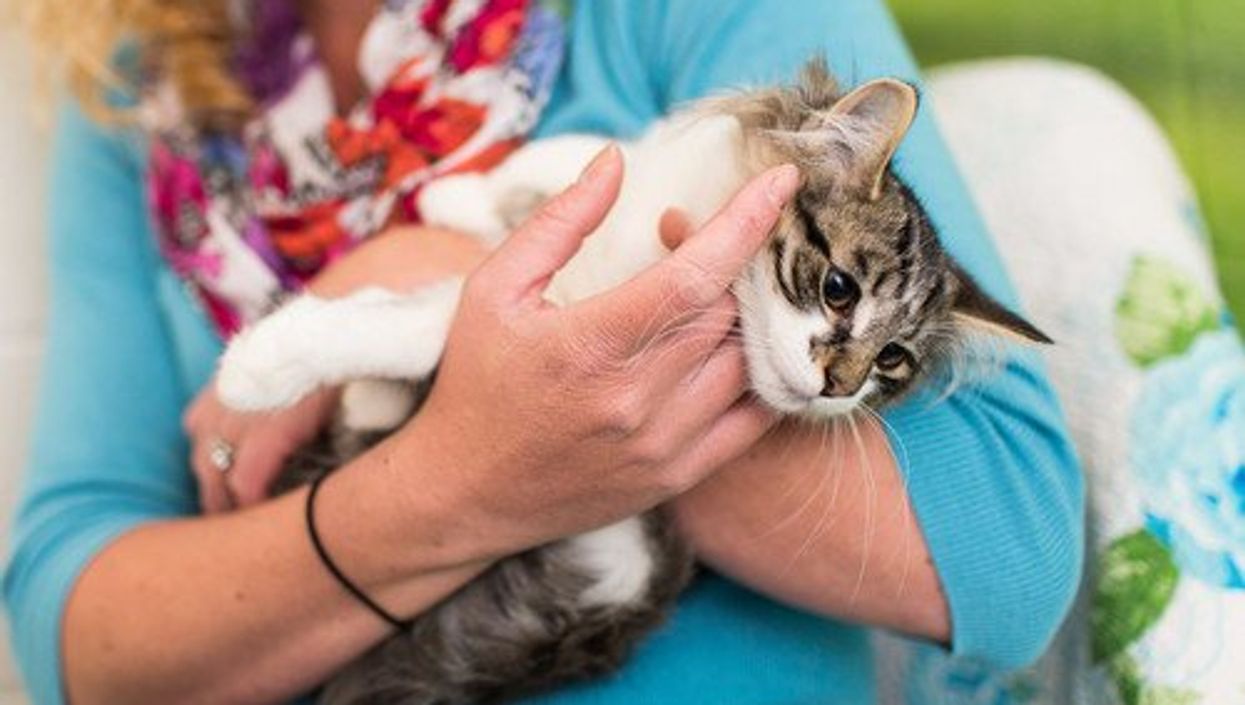 It has been a pretty purr-fect weekend for cats across Calgary because, thanks to a special Calgary Cat Adopt-a-thon at Calgary Animal Services, almost all of the adoptable cats who didn’t have a home are now on their way to a new life with a fur-ever family.

Earlier this week, Calgary Animal Services announced a special promotion set for June 21 to 23, where adoption fees would be half-price for anybody looking to take home a cat. This special offer came as an incentive to encourage people to adopt a pet rather than buy a new kitten, as the shelter was overflowing with cats desperate for loving homes.

Before this weekend’s adoption event, Calgary Animal Services was fit to burst as they were housing nearly 100 felines of all shapes, types, sizes and ages.

It was a pretty paw-some deal for anybody looking to adopt a furry friend this weekend, as all cats had already been spayed or neutered, vaccinated, dewormed, licensed and microchipped.

On top of this, the package included a pet licence, collar, bag of food and a bag filled with toys and treats. New owners also would receive a six-week trial of pet insurance and the cat’s medical record showing the date it was vaccinated and spayed or neutered- not a bad deal at all for $81.50 - cat included!

The City of Calgary said that the response to the event was phenomenal, with more than 50 cats being adopted by their new families within the first 24-hours of the promotion. In what they called an ‘overwhelming’ reaction, they were able to adopt out more than 67 cats by Sunday morning!

Our Animal Services Shelter is over capacity, with more cats arriving daily. These kitties need homes, so adoption… https://t.co/8671CVMosT
— City of Calgary (@City of Calgary)1561150818.0

Kathleen Dickson, the shelter team leader at Calgary Animal Services, said, “It was a constant stream of citizens coming into Animal Services both yesterday and today, trying to support us and adopt a cat. It was phenomenal.’

In a tweet on Saturday afternoon, the official City of Calgary page said “We have had an overwhelming response to our cat adoption event! Over 50 cats have been adopted in just over 24 hours. Please note we now have a limited number of adoptable cats left. Thank you, Calgary, for helping these kittens find homes.”

As a result of the incredible support from the public, the shelter has closed the promotion slightly earlier than planned, likely due to almost all of their cats having been adopted!

For anybody who missed out on the adopt-a-thon this weekend, Dickson wants to assure you that there is still ample opportunity to open your home to a rescue-pet. She said, “We are encouraging citizens to still come on in, if it’s not this weekend but any time they’re looking to adopt a cat or dog.” Dickson also wanted to reiterate that Calgary Animal Services adopt cats and dogs out all year round.

While the shelter is now almost all-out of adoptable cats, Dickson says this will alleviate huge pressure faced by the rescue, by freeing up space to support the new animals they get each day. She said, “This has allowed us to make sure we’re not at or over capacity because we now have this kennel space for the new cats coming in.” So, if you are still looking for a new furry friend, you probably won’t have to wait too long!

According to their website, adoptable animals are updated every 15 minutes so users should check back frequently to see what new cats and dogs become available. It is also possible to download their free City of Calgary Pets mobile application to view available pets on your mobile phone.

It is going to be a lovely, snuggly summer of fresh starts for the 60+ cats that have been taken into loving homes this weekend. What a purr-fect, happy ending!