They are soaked & they march on! 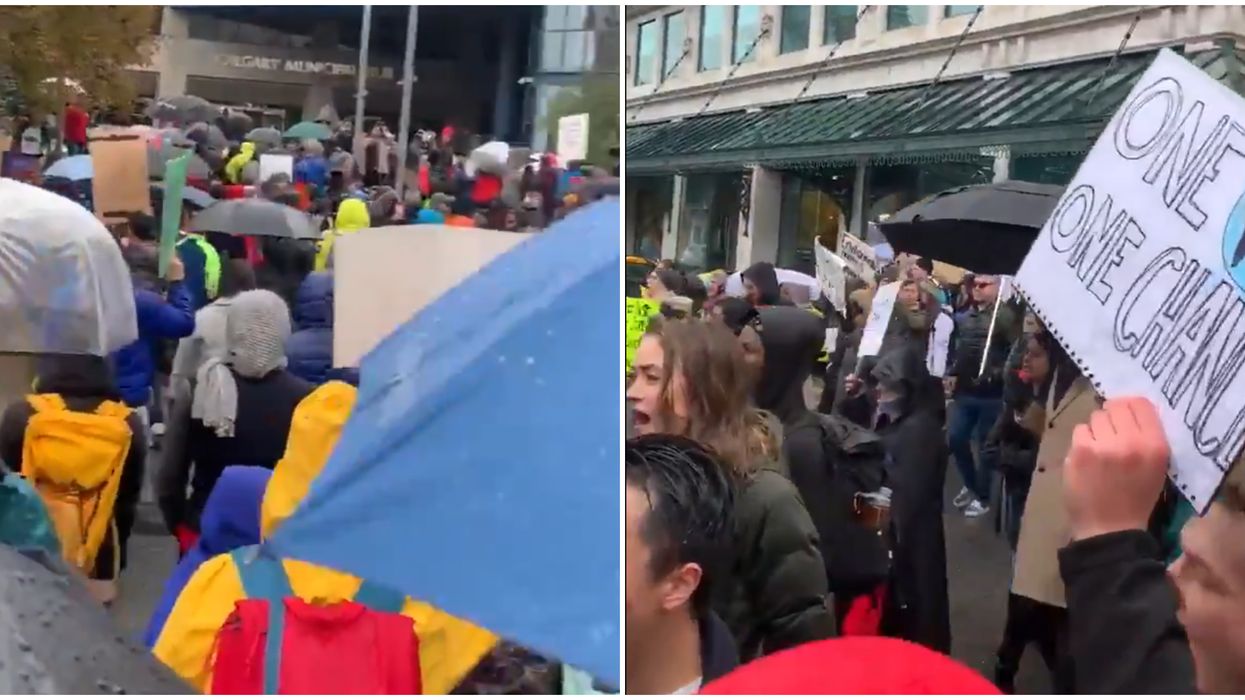 The Global Climate Strike is taking over the streets of Canada on Friday afternoon. The strike includes 150 countries worldwide and over 85 cities in Canada alone. Today, Calgary residents are marching through rain, snow, and everything in between at the Calgary climate strike on September 27.

According to CTV News, over 600 students were expected to take part in the climate strike from the University of Calgary alone. The official strike began at 12 p.m. at Calgary City Hall, with students and other climate activists marching to the location from all over the city.

Because we're in Alberta, after all, the weather is not cooperating. Though it's nothing we're not used to and the march is going strong regardless. According to the Weather Network, it is currently 2-degrees in Calgary with mixed rain and snow.

The precipitation is expected to continue into the afternoon and flurries will hit overnight. The weather perfectly represents the storm of young Calgarians flocking around City Hall this afternoon. Rain or shine, these Albertans are prepared to endure whatever it takes to have their voices heard.

Locals are sharing photos and videos of the strike online, showing soaking wet people, hoods up, umbrellas and signs in hand.

One Twitter user wrote that "Snow Can't keep Calgary away from the #ClimateStrike." Other users shared photos and videos of drenched strikers taking over downtown Calgary.

If there's one thing we know about Albertans, it's that weather does not hold us back. Hundreds of people have joined the march, congregating at City Hall for their protest.

People have made up creative and hard-hitting signs for the occasion. The strikes are erupting across the country and the photos are truly remarkable.

Canada's metropolitan cities like Toronto, Montreal, and Edmonton have been home to massive climate strikes and marches today, Friday, September 27. A number of politicians have joined in on the strikes. Though Andrew Scheer has not taken part and his absence has not gone unnoticed.

Another individual creating buzz today is young Swedish climate activist, Greta Thunberg. Thunberg is in attendance at Montreal's climate strike and delivered a speech to thousands of Canadians.

Over in Toronto, locals are absolutely killing it with their climate strike signs.