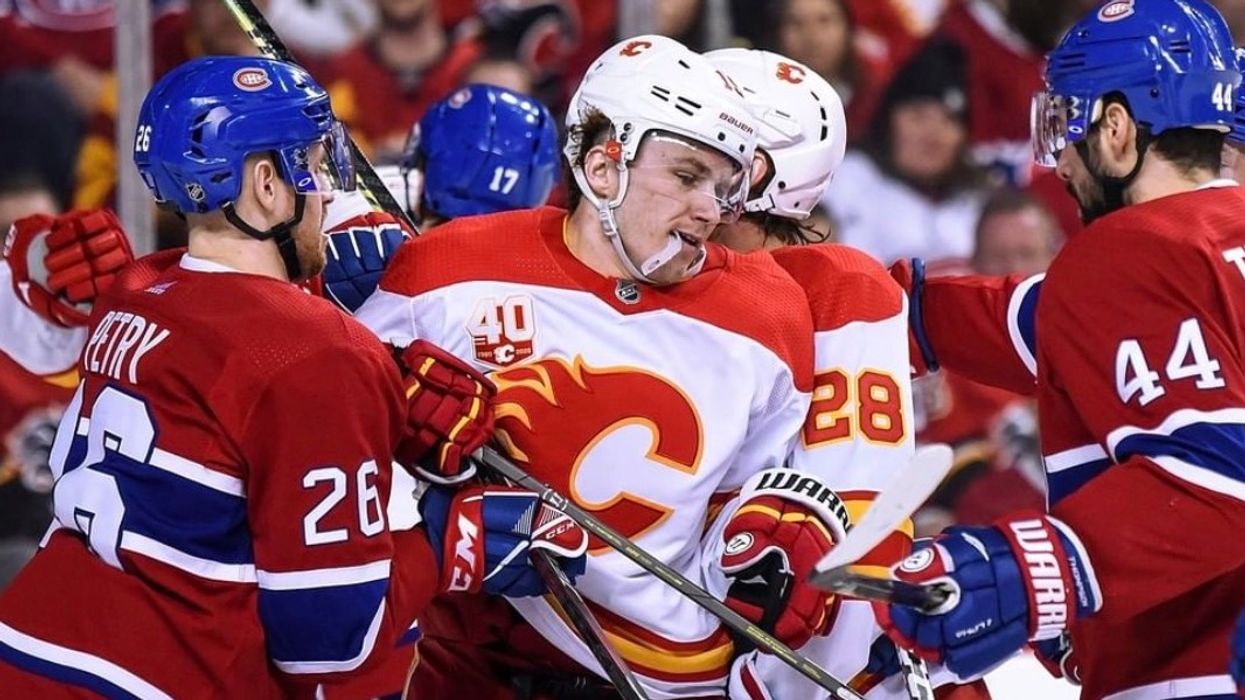 If there's one thing that the entire world knows about Canadians, it's that we take hockey seriously. In fact, sometimes we take it a little too seriously. That was definitely the case when Calgary Flames and Montreal Canadiens fans bumped up against each other during a game, and things got violent.

The two teams faced off against each other on December 19. Montreal managed to beat Calgary 4-3 in overtime, and that probably left Flames fans feeling pretty irritated.

In a video posted to the Instagram account Barstool Canada, Calgary Flames Fans and Montreal Canadiens fans go at each other, with numerous separate brawls breaking out.

The fights appear to be taking place at Cowboys Casino in Calgary, judging by the signs in the background.

These fights are not just little scraps either. Fans from both sides are throwing full-on punches and grabbing each other by the shirts. People are getting thrown around, and it just looks like complete chaos.

At one point near the end of the video, a poor woman in a Flames t-shirt gets completely bowled over by one of the fighters.

The video was posted to both Instagram and Twitter, and both posts have prompted some pretty funny replies.

"Quite the comeback from buddy in the black jacket after eating some big right hands!" wrote @TimmyD_9 on Twitter.

"As a Habs fan I can completely understand them scrapping each other 😂 old time hockey" wrote james.tessier in an Instagram comment.

@CanadaBarstool Quite the comeback from buddy in the black jacket after eating some big right hands!
— Tim (@Tim)1576942004.0

Some of the Instagram comments appeared to confirm the location of the brawl as being Cowboys Casino.

"Nothing good ever happens at @cowboyscalgary" wrote Instagram user peter_hutzal.

"Of course this is in the casino part of cowboys 😂" wrote joseimatt.

If there's one lesson to learn from this, it's that maybe people should take their allegiances to hockey teams a little less seriously, at least to the point where it doesn't result in physical violence.