We cannot blame him. 🍝 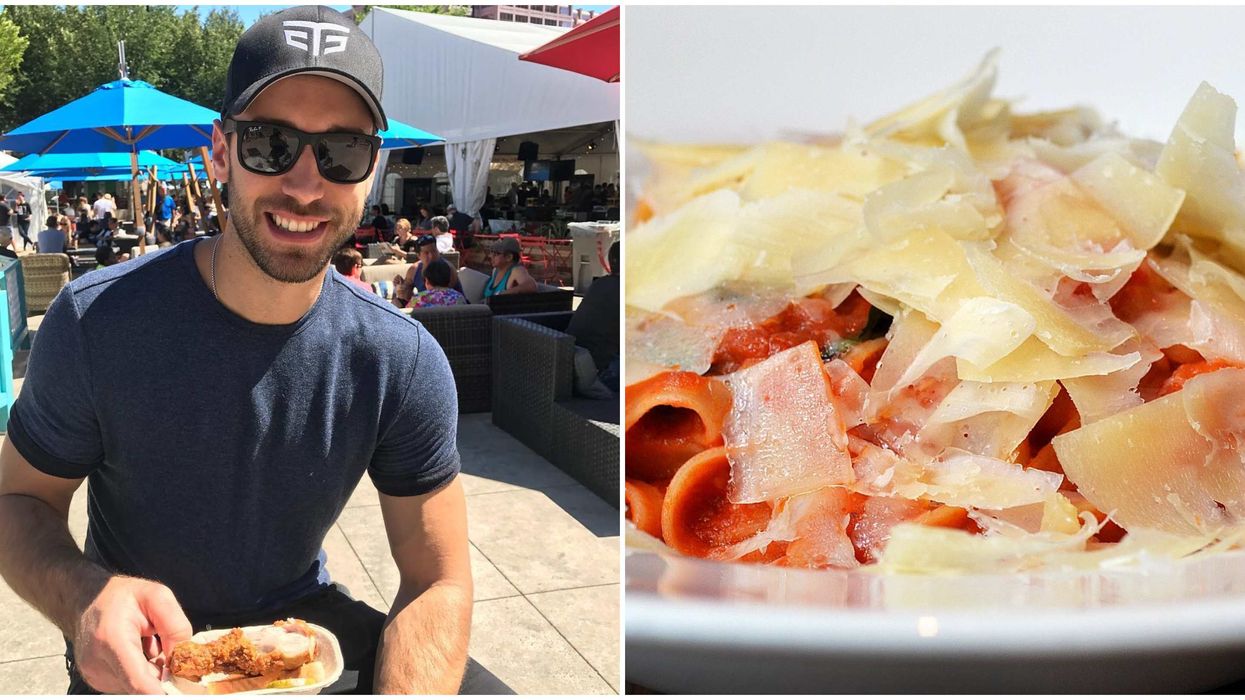 Pretty much everyone likes Italian food, and Calgary Flames Goalie Cam Talbot is no exception. In a recent Q&A with The Athletic, Talbot dished on what he loves to eat in the city now that he's playing for Calgary. We're not surprised that one of his top picks is Mercato, but he's low-key obsessed.

When he's not busy duking it out in the Battle of Alberta with the Oiler's goalie, he's busy checking out the local restaurant scene.

In the interview with The Athletic, he was asked what his favourite YYC restaurant was and said that he loved Modern Steak.

"My wife (Kelly) and I go there quite a bit for date nights when we get a chance. We’ve been trying to mix up the restaurants, but that’s probably our favourite," they reported.

However, when asked about his pre-game rituals the truth really came out.

"...I’ll go to Mercato for lunch. I’ll order the same chicken and pasta dish — the same thing every day," said Talbot in the interview.

Mercato is an Italian restaurant in Calgary that's consistently rated as one of the best in the city. From the interview, it sounds like every single game day in Calgary he's carbing up on their delicious pasta.

The next time you feel the craving for pasta, you can convince yourself that you're actually eating like an elite professional athlete.

Even though Talbot and his wife Kelly love to go to Modern Steak for date nights, it's pretty clear that he's obsessed with the pasta at Mercato.

Narcity has reached out to Mercato for comment and will update this story.

When asked what he loves and hates most about Calgary in the interview, Talbot couldn't throw shade at all. "I’ve got no complaints, really," he said.

Maybe he can't complain because YYC is keeping him lush with tasty pasta.