It's been a bit of a damp start to the summer for the people in Alberta! 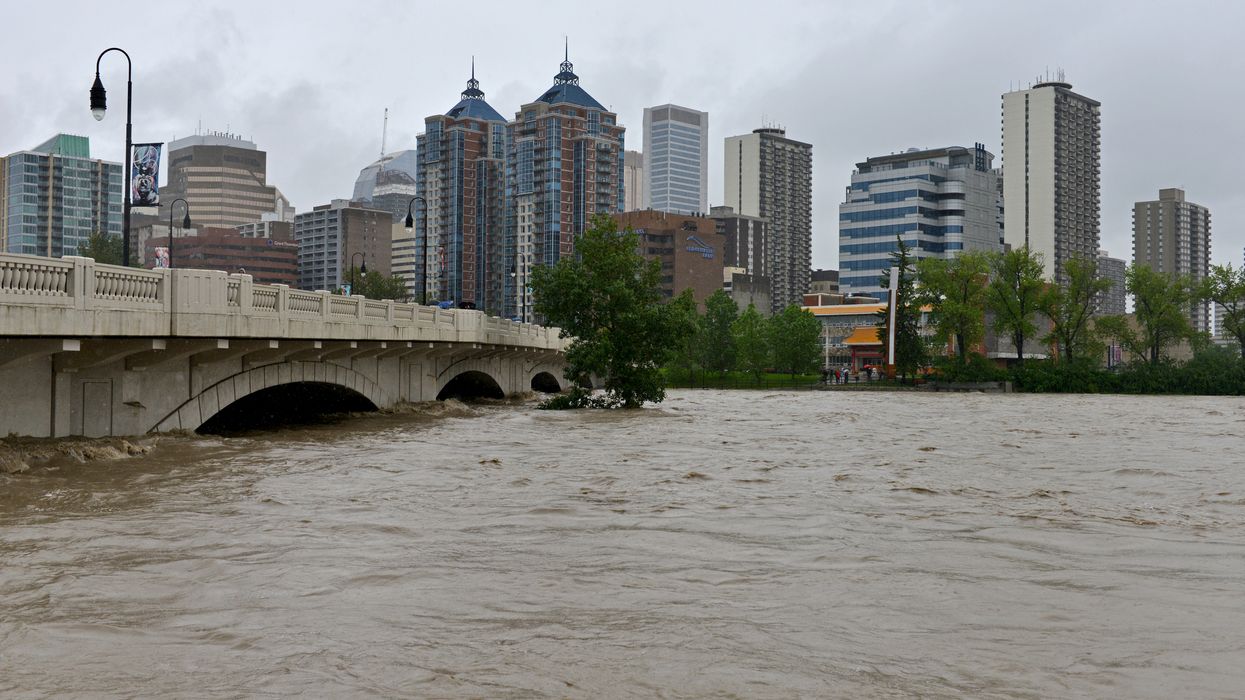 It has been a disappointing official start to summer today. Some parts of the country continue to experience miserable weather, despite it now being mid-June! It is not quite ice-creams and t-shirts, but rather umbrellas and wellies for residents of southwestern Alberta today, who are experiencing up to 100 millimetres of rainfall today as the area gets drenched.

Rainfall warnings issued for Calgary and other areas in southwestern Alberta have been officially issued by Environment Canada. Amidst the warnings, some streets in Cochrane have already started to flood.

According to the Environment Canada website, there are some regions, such as the Bow Valley, that need to prepare for up to 100 millimetres of rainfall. Further, according to some reports on social media, ditches are starting to overflow with rain onto the Queen Elizabeth II Highway in the North of Calgary.

The alert issued by Environment Canada said "Heavy downpours can cause flash floods and water pooling on roads. Localized flooding in low-lying areas is possible. Be prepared for possible winter conditions at higher elevations."

At the time of writing, there were rainfall warnings in effect for the following places:

According to a number of tweets, there has already been upwards of 50-60mm rainfall in northwestern areas of the city, with further rain expected to fall throughout the evening in Calgary.

Lots of water in ditches in a localized area of the QE2 north of Calgary...may have led to this vehicle losing cont… https://t.co/PgFKMBJXv4
— Kyle Brittain (@Kyle Brittain)1561123945.0

One of these streams belongs, the other not so much. #cochrane #abstorm https://t.co/kHDEgCxqYJ
— Kass Patterson (@Kass Patterson)1561139737.0

Despite the downpour, the Mayor of Calgary, Naheed Nenshi, took to Twitter to reassure the public that the city is safe from significant land flooding. In a tweet on Friday afternoon, he said “I just spoke with the Calgary Emergency Management Agency regarding the rainfall warning. Glenmore Reservoir is being drawn down to allow for upstream accommodation. Elbow River will be running high (80m3/s) but will stay below significant overland flooding levels.”

According to the weather agency, Bow Valley could still receive more than 100mm over Friday afternoon and evening, and the reports on social media sites have already confirmed areas of flooding in Cochrane, Alberta this morning. The Town of Cochrane Twitter page confirmed that the overland was flooding on Sunset Ridge and Glenbow Drive, and reminded citizens not to drive on pathways and recommended avoiding travel if nearby roads were flooded.

I just spoke with the Calgary Emergency Management Agency regarding the rainfall warning. Glenmore Reservoir is b… https://t.co/AWF6jRYC9j
— Naheed Nenshi (@Naheed Nenshi)1561134280.0

The Bow River will also have increased flow rates. Pathway underpasses will be closed, but like the Elbow, no signi… https://t.co/uf8YQyzCtV
— Naheed Nenshi (@Naheed Nenshi)1561134280.0

Other areas in the province are experiencing equally summer-y weather, as parts of Highway 93 between Banff and Jasper experienced 25cm of snowfall. This morning, both Banff National Park and Jasper National Park received snowfall warnings, but the alerts for snow in the area have now been lifted.

Sadly, it has not been the most idyllic start to the warm season for many in Alberta. That said, following a thunderstorm risk this afternoon, things are looking to brighten up for the province over the weekend, as there are highs of 19C expected on Saturday.

Disclaimer: The cover image used in this article is for illustrative purposes only.