It's so cold in Calgary the city is warning the public about frozen pipes. 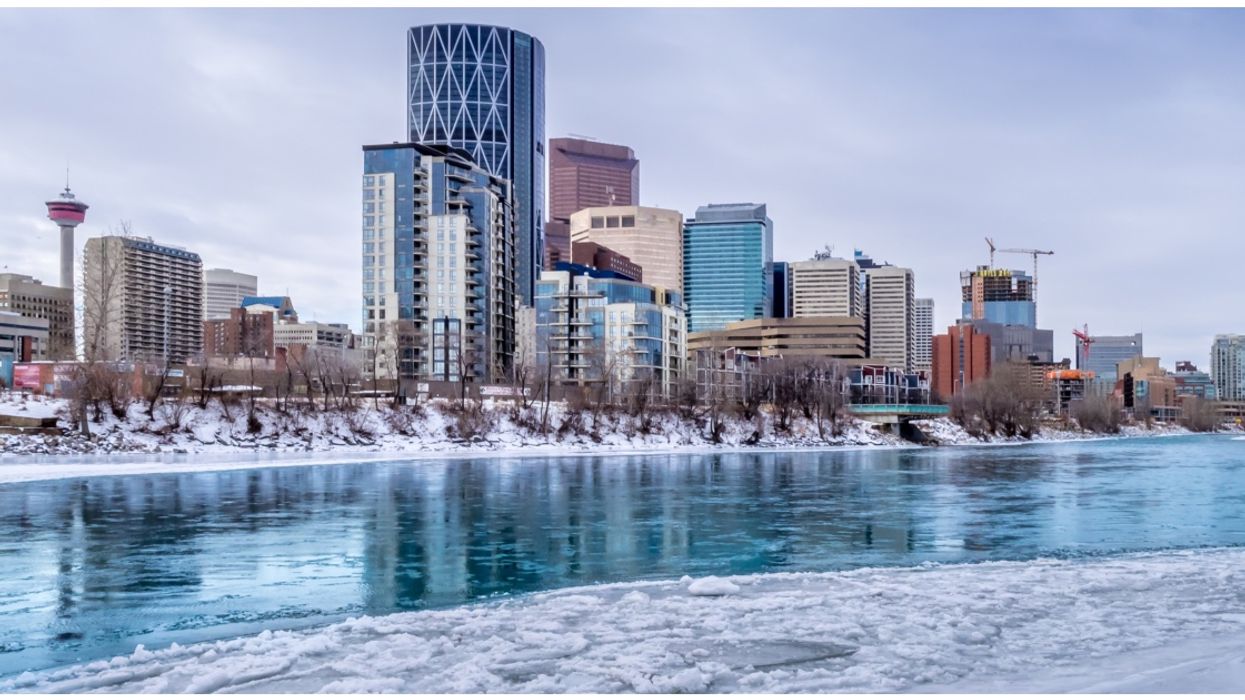 No, spring has not sprung. In fact, it just keeps getting colder. With minus temperatures expected all week, Calgary will be cold for the foreseeable future. It has been so cold in Calgary that the city has issued a public warning about the possibility of frozen pipes after receiving a large number of repair calls. Frozen pipes can result in water outages for residents and business owners.

This morning, the City of Calgary issued a release stating that they've received an influx of calls about water main breaks and frozen pipes. They stated that these calls are due to the extremely cold weather that has been happening around the city as of recent.

The amount of calls the city has received has been so grand, that they have surpassed the number of calls received at this time last year. According to the city, there have been 80 calls related to frozen water services in the city since the beginning of March.

Last year at around this time, the city only received 10 calls. This is eight times that amount! Way to go, Mother Nature.

❄️💧Due to extreme weather conditions, we're experiencing a significant influx of calls (80+ vs 10 in 2018) about water main breaks & frozen services. We’re doing all we can to ensure citizens have access to water & get services up as soon as possible. https://t.co/hVh6Evx2Q5 pic.twitter.com/gGNPsXQxIJ

According to the city, the recently frigid weather has caused frost levels in Calgary to move to a depth of 2.4 m below the surface. This is the perfect depth to cause some water pipes and service lines to freeze, resulting in water outages.

“We are unfortunately dealing with unusual and extreme winter circumstances. We’re doing all we can to maximize our operational capacity, ensure citizens have access to water – and ultimately get services up as quickly as possible, ” said Chris Huston, Manager of Drinking Water Distribution with The City of Calgary.

The City of Calgary has stated that crews have been working around the clock to deal with the influx of calls. Even with extended hours, call volumes have created a backlog of repairs to address.

As of now, city crews are aiming to repair all the issues within one week, although this can vary due to the nature of the work. When crews arrive at a site, it can take anywhere from two to 12 hours to repair damage, depending on the situation.

Every year, the City of Calgary attempts to identify those homes and business that may be at risk by sending out letters. To date, 900 letters have been sent out, with the city to call the remaining 390 customers that may be impacted.

READ ALSO: BC Students Are Outraged Over How SFU Is Handling Today's Snowstorm

While water wagons are typically provided to those impacted by water main breaks, the city has said that they are unable to provide water wagons to individual residences for frozen pipes. Because of this, city employees will reach out to the affected people as soon as possible and arrange a customer care package.