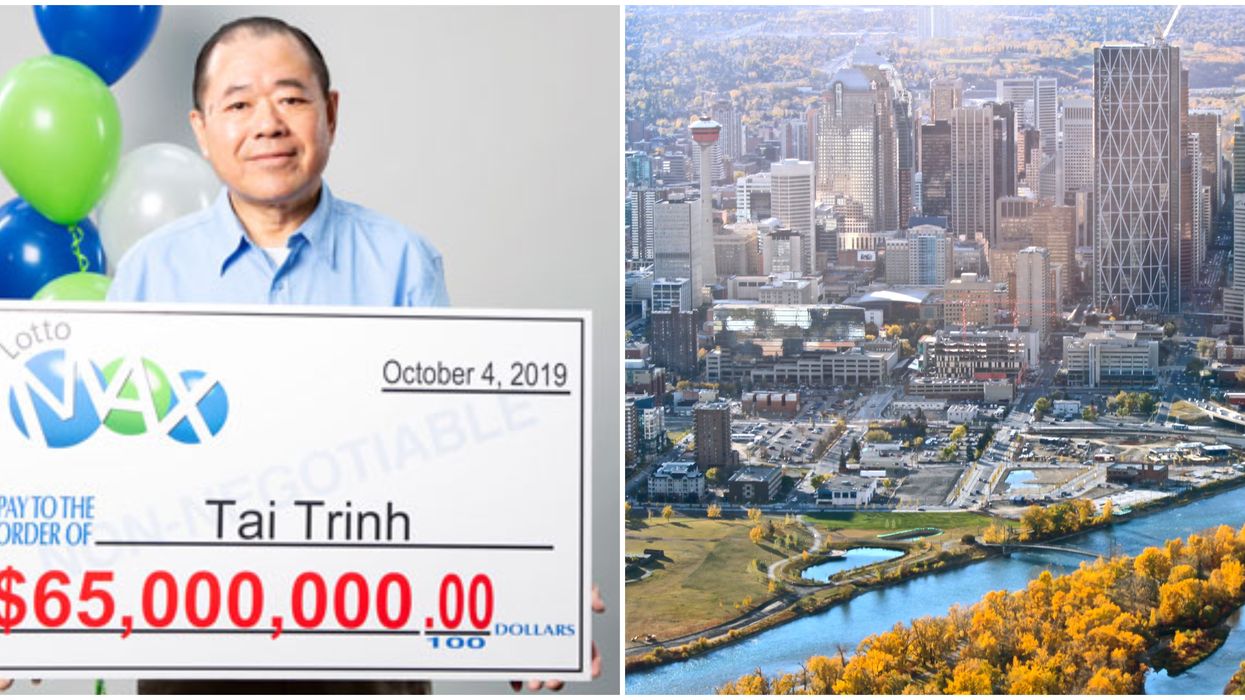 Every week, Canadians play the lottery in hopes of winning big. While it would be great to take home millions, we usually settle for a free play. Except for a lucky few, like this Canadian man who is living our wildest dream come true. This Calgary man won $65 million in Lotto Max and his reaction to his big win was surprisingly chill.

All of us have thought about how we would react if we won the lottery. From rage quitting our jobs to travelling the world, we have it all planned out. But, nothing could've prepared Tai Trinh for winning a $65 million jackpot when he stopped to get his morning coffee earlier this month. He kept his win a secret, even from his family and friends.

While most lottery winners would begin paying off debts, buying trips, cars, and other luxuries, Trinh is taking it easy and is putting all the money into the bank for now. He says he doesn't plan on changing anything about his life. Though, he admits that “it will definitely help make life easier.”

Wins like this are common in the Prairies of Canada and according to Lotto Max, this is the 200th winner to come from the Prairies and Territories.

According to CBC News, Trinh's prize is the largest lottery win ever for Alberta and is tied as the biggest prize in all of Canada.

According to a press release issued by Lotto Max, Tai Trinh had a routine of picking up a coffee and a lottery ticket at his local Shell in Calgary every day.

One morning, Trinh very quickly realized that this day was not ordinary. After checking his ticket on October 4, 2019, he had discovered he was the winner of $65 million.

But, it seems like Trinh kept his cool and acted liked the best thing ever didn’t just happen. After checking his ticket a second time, he realized he was holding the winning ticket in his hands.

“You know, when you buy a ticket, you have to hope that you will win,” Trinh explained. “So, I just thought, ‘Okay. This is okay.’”

According to Lotto Max, nobody knew about the win until he claimed the prize.

With a bunch of more zeros in the bank account, Trinh still plans on keeping with his regular routine for a bit longer. Trinh says he came to Canada in 1980 as one of the Vietnamese boat people, CBC reports.

“I’ll put the money in the bank for now,” Trinh said and admits that he will be sticking to his regular routine for the time being.