It was visible even in daylight! 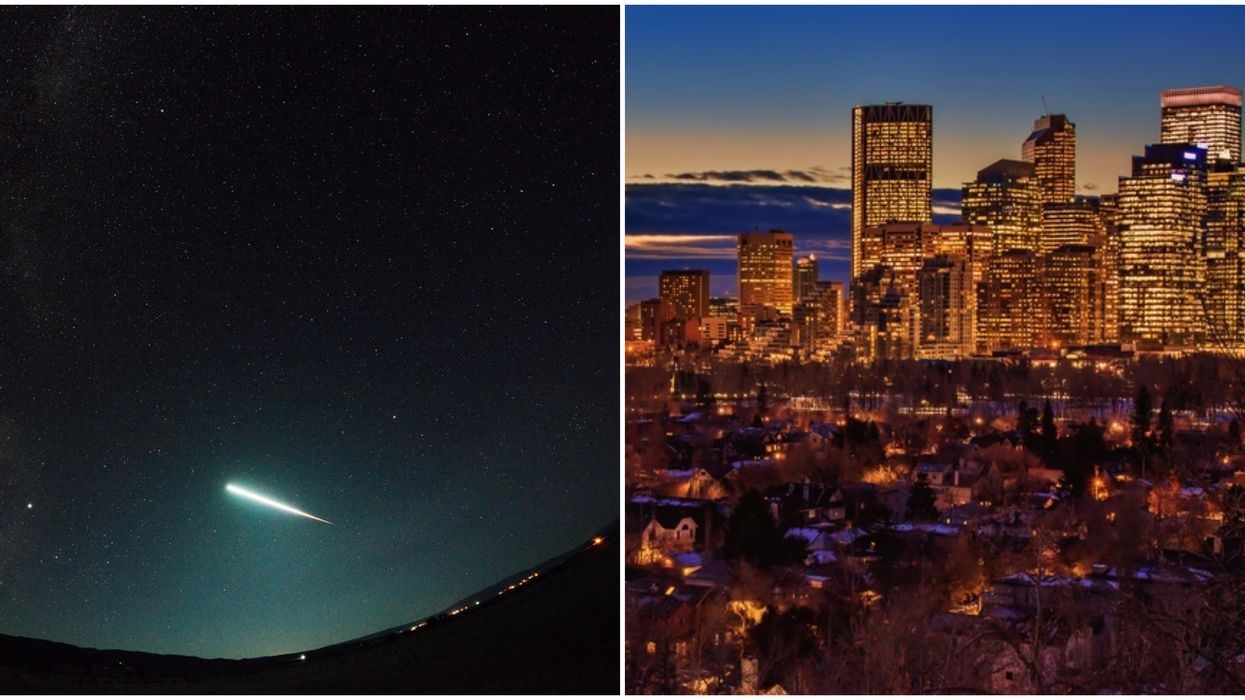 Calgarians might have been shocked to see what looked like a giant fireball tearing through the sky on Saturday, February 8. The supposed meteor streaked across the sky around 5:00 p.m., clearly visible despite it still being light out. The Calgary meteor has sent many Albertans to social media, trying to confirm whether anyone else had seen it or if they're simply going crazy.

Tim Weibe in Calgary managed to snag a video of the mysterious light through his doorbell camera, which he then posted to Youtube. There, the three-second clip quickly racked up over 12,000 views.

Weibe wasn't the only one who noticed the giant flaming meteor in the sky, however. At least 28 people all over Alberta and British Columbia from Red Deer to Edmonton confirmed seeing the strange occurrence, according to the American Meteor Society.

According to the Weather Network, the fireball was visible for 1.5 to 3.5 seconds. That's remarkable because most meteors aren't visible until nighttime, they wrote.

A similar bright meteor was spotted earlier this year in Ontario.

B.C. and Alberta are sometimes treated to meteor showers, but one this visible during the day is certainly a rarity.

Janzel C Nicanor, also from Calgary, saw the meteor when he was in traffic. He posted the video on Facebook, where it collected over 300 reactions and almost 60 comments.

"I thought I was going crazy seeing one in the day!" said one commenter.

"Oh wow is that what it was!! I saw it on my way home today!" wrote another.

Blink twice and you'll miss it because Weibe's three-second video shows just a glimpse of the light before it disappears in the distance.

In what is possibly one of the coolest terms in science, the Albertan meteor is officially called a "fireball," according to the Weather Network. This refers to any meteor that's at least as bright as Venus in the night sky.

Don't feel too bad if you missed this fireball. There are plenty more opportunities for meteor sightings out there, and you won't need to wish on a star for it to happen near you.