Calgary’s Very Obsessed With Jr. Bacon Cheeseburgers, According To Skip The Dishes

Calgary ate enough JBCs to fill every seat in the Saddledome three times. 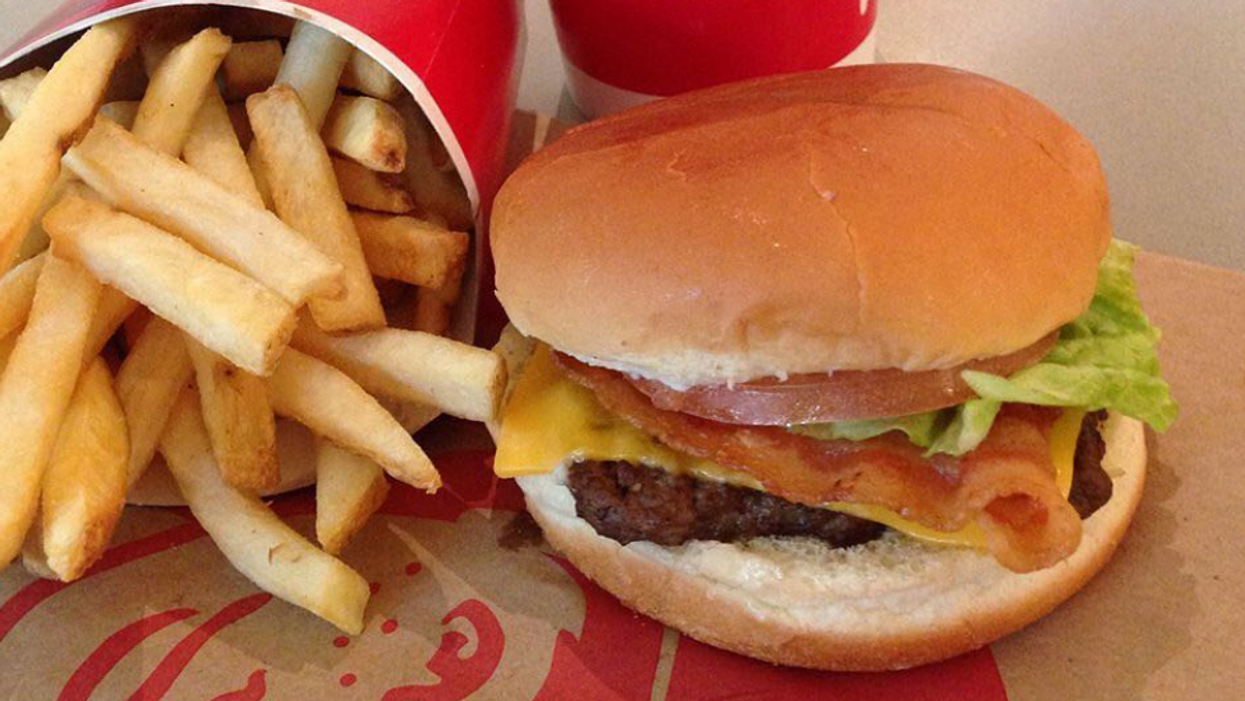 Calgary’s Skip The Dishes habits have officially been exposed. The popular food delivery service decided to take a look back at Calgary’s cravings for 2019 and the numbers are pretty mind-boggling. There are three dishes that Calgarians were ordering in serious excess and, as you may have anticipated, the Jr. Bacon Cheeseburger leads the charge. In addition to Calgary's Skip This Dishes orders, we also got the scoop on what restaurants people loved the most and what Calgary’s orders look like compared to Edmonton’s.

First and foremost, let's talk about the Jr. Bacon Cheeseburger (JBC) from Wendy's. Calgarians ordered an astounding 65,000 JBCs in 2019. We get it, they're delicious, but it's pretty hard to fathom so many of them.

"With all of Calgary’s 65,000 Jr. Bacon Cheeseburgers, you could fill every single seat in the Saddledome at a Flames game with three burgers each," says Skip.

Next in line for Calgary’s orders is butter chicken at 57,500 followed by the McDonald’s Junior Chicken at 55,500.

Edmonton ate far fewer bacon cheeseburgers than Calgary, counting in at only 49,000. Though, their butter chicken orders did surpass Calgary's by about 500.

In terms of overall orders from Skip The Dishes, Edmonton actually ordered more frequently than Vancouver. As for Edmonton, a single order of $760 was made and the order consisted of 40 pizzas.

The biggest order in all of Canada was a remarkable $4,004. The order was entirely Beef Soyas, 154 orders to be exact.

If you're looking at the numbers and wondering who's ordering all these meals, a good portion of them can be chalked up to a single Calgarian.

“The person who ordered the most often in Calgary in 2019 ordered a total of 515 times—that’s about 1.5 orders per day from January 1 until now!” Skip The Dishes told Narcity in an email.

There's nothing better than being able to order exactly what you're craving and have it delivered to your door. Though, 515 times in one year is pretty extra. But hey, to each their own.