The owner has apologized and taken down the sign. 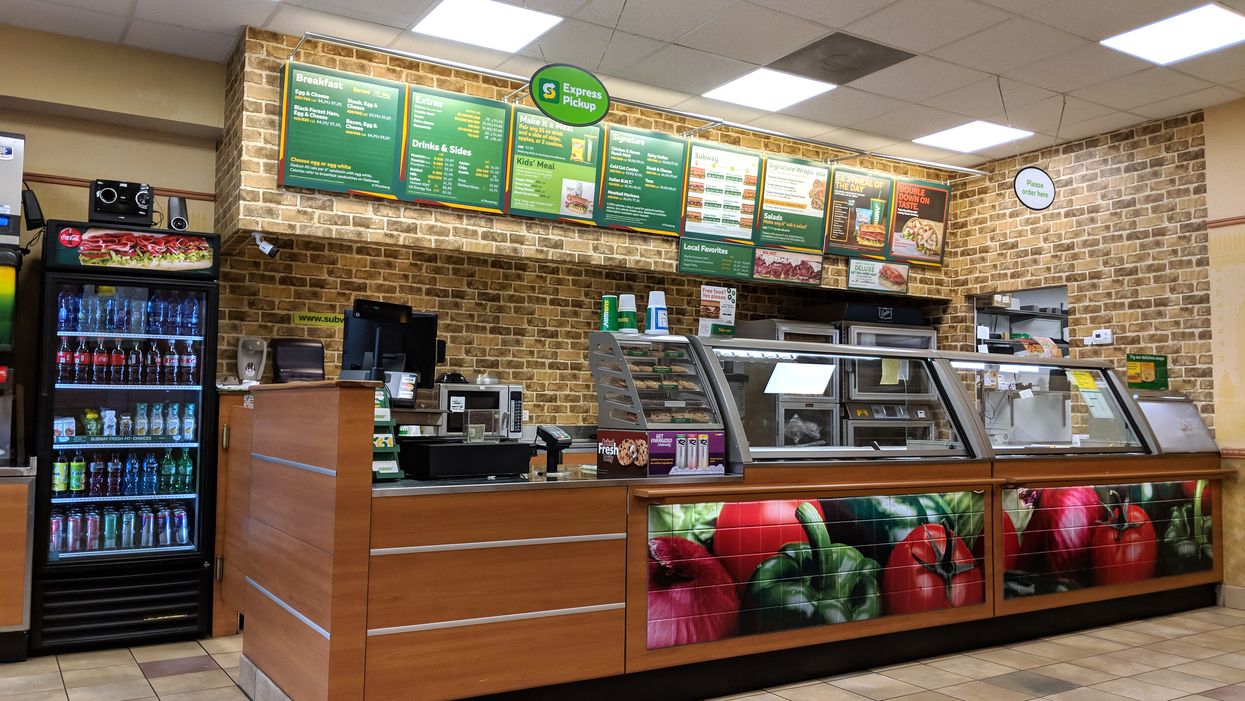 Many businesses are shifting to adapt their service offerings to rapidly changing times. Some are totally brilliant, some... not so much. A Calgary Subway location came under fire this week after offering free medical masks with the purchase of two sandwiches. The promotion caught the attention of the Subway corporation, who assured the public that necessary action has been taken.

The Subway location in question is in the Westbrooke Mall in southwest Calgary.

The Twitter user named Erin Crook who posted the image also tagged the main account of the worldwide Subway corporation, saying, "Shame on this Subway, shortages of PPE in hospitals all over and your [sic] offering them with purchase of sandwiches?"

An official account named Subway Listens responded to Crook's tweet. "Thank you for reaching out. We are aware of this situation and have taken action to remove the sign from this location."

They said that the sign does not reflect their core brand values and the great efforts of their network of local restaurant owners.

The sign was promptly removed, as reported by CTV News. But it seems like the damage has already been done.

Shame on this @SUBWAY - shortages of PPE in hospitals all over and your offering them with purchase of sandwiches?… https://t.co/1wXHweihvq
— Erin Crook (@Erin Crook)1585274899.0

One user, responding to Crook's tweet, said, "I know where I will not be supporting when this subsides. All those masks should be given to a local hospital."

Nurses across Alberta have already been working to gain access to N95 masks, with about 30 nurses refusing to swab patients until they're provided with personal protective equipment.

Another Twitter user posted a photo of the sign, saying "My friend in Calgary saw this sign yesterday. Really?! I hate everything about this. How dare you exploit the current situation to upsell sandwiches. Fuck you Subway at Westbrook Mall. Capitalism at its finest."

It appears that the owner of this particular Subway location has since apologized. They told The Star that this promotion was a desperate attempt to boost sales for the shop.

The owner revealed that the store has incurred a loss of 80% from pre-pandemic profits. He said that the business is suffering a lot amid the pandemic. They haven't yet fired workers, so this was their effort at making up sales.

Calgary Herald reached out to the Subway Canada director, Christina Wells, who said that the corporation spoke to the franchise owner as soon as they caught wind of the sign.

They claim that the Subway corporation had no idea about the promotion. They've condemned it as inappropriate and unsanctioned and have offered further apologies to their customers.