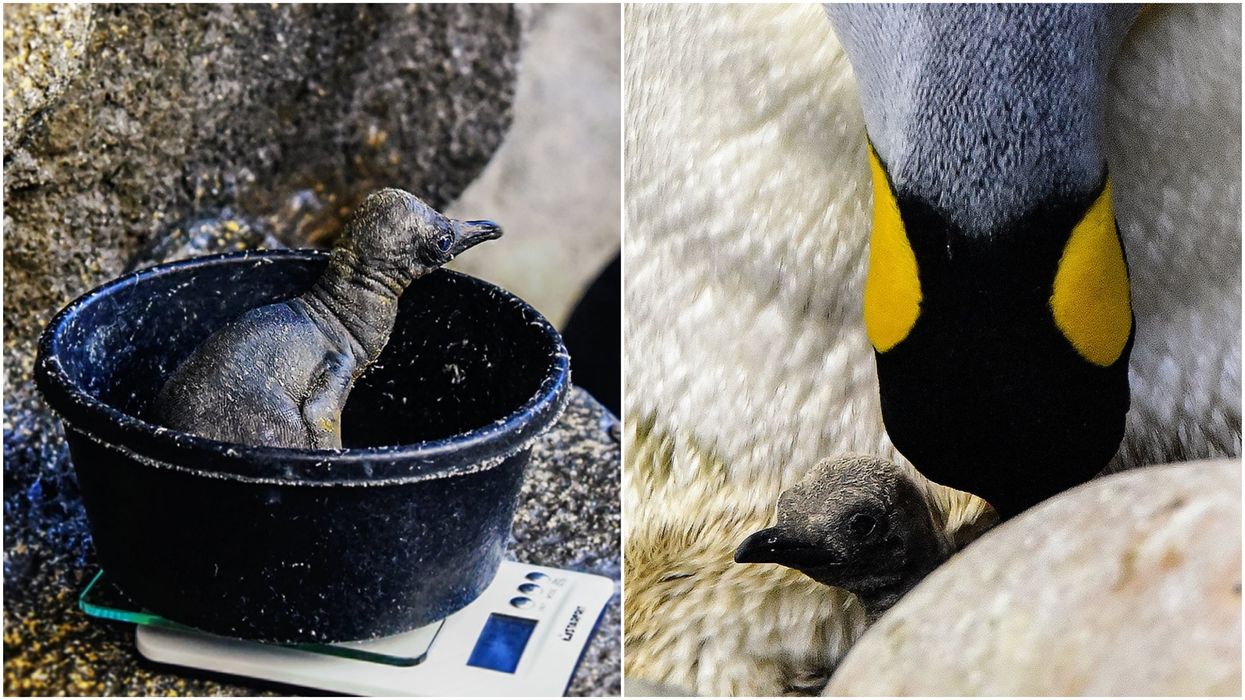 In what could just be the best news you hear all week, Calgary Zoo has officially announced that their tiny broken egg penguin chick is doing great, following concerns last week after the chick’s shell was broken prematurely. In a post on their Instagram page, the zoo explained that their littlest penguin was officially “out of the woods,” allowing the thousands of concerned Canadians who were following the story to breathe a big sigh of relief!

Calgary Zoo’s tiniest penguin caused both zookeepers and the public to worry last week, when carers discovered that the little chick’s shell had been broken, over a week before it was due to hatch. Explaining that having a broken egg is life-threatening for an unborn chick, zookeepers were incredibly concerned about the tiny penguin.

Thankfully, creative staff members were on hand to do a cut-and-paste type job with the chick’s shell, using an old Humboldt penguin egg to patch up the broken areas of the shell. After the shell was glued back together, the small creature was left in an “electronic egg incubator” to keep it safe, and everybody crossed their fingers.

A week later, with a little encouragement from the Calgary Zoo staff, the tiny penguin hatched. However, despite the successful birth, the littlest chick’s journey was far from over, as Calgary Zoo asked their followers to “join us in rooting for our littlest king penguin's continued health and survival!”

Thankfully, it seems that the period of uncertainty for the penguin chick is now over, as Calgary Zoo took to Instagram to declare the animal was officially “out of the woods!” Sharing an updated photo of the chick, the zoo wrote, “We have some really good news to share!” They explained that their "#LittlestKingPenguin" had gained 140% of its body weight (growing from 185g to 440g) in just over a week, which was double what they had hoped.

The page thanked everyone for their involvement in the chick’s care, writing, “Thanks to Diana’s loving care (the chick’s penguin foster mom), our staff, volunteers and the encouraging words people have sent us from around the world.”

If this cuteness overload wasn’t enough for you, in a post from their official Twitter account, the Calgary Zoo said they’d be celebrating the little chick’s incredible development by hosting a special party in its honor. But not just any party, it's a gender reveal party!

The zoo has not yet announced whether their littlest king penguin is male or female, so stay tuned for further updates and details on their little penguin gender reveal!

To keep up with the adventures of Calgary’s littlest king penguin, you can follow the zoo’s official Instagram page by clicking here.