Their "broken egg penguin" had a pretty tough start to life! 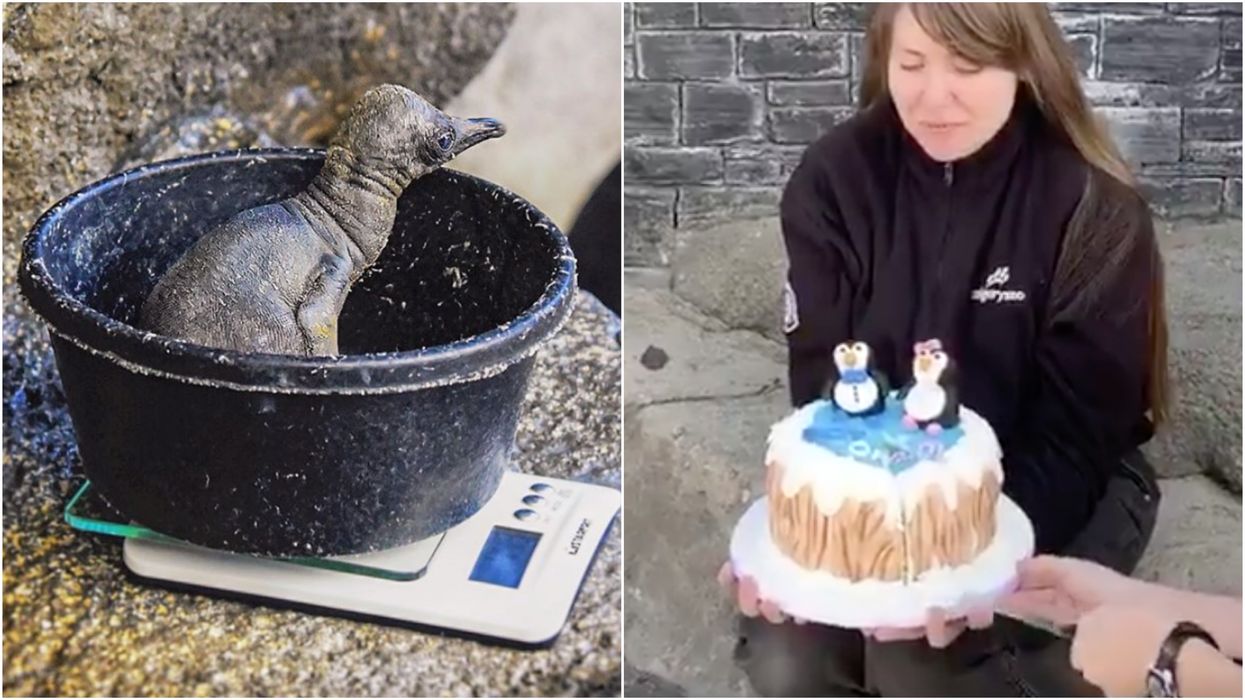 Calgary Zoo’s littlest penguin made headlines across Canada back in August, after a crack in its egg forced Calgary zookeepers to get creative. Cut and pasting a new shell made from another bird’s old egg, staff at the zoo were worried that the tiny creature would struggle to survive. Fast forward two short months and Calgary Zoo’s broken egg penguin just had a gender reveal party!

Just a few months ago, Calgary Zoo’s tiniest penguin alarmed both zookeepers and the public, when staff discovered that the chick’s shell had been broken over a week before it was due to hatch. The cracked shell, which can be life-threatening for newborn chicks, was fixed with a “cut and paste job,” as keepers used the old shell of a Humboldt penguin to patch it back up.

Despite keepers’ initial concerns that the tiny chick wouldn’t be able to survive the ordeal, the young penguin came out fighting, and was officially declared fit and well just one short month later. At the time, the zoo promised to throw the special penguin a gender and name reveal party, and now they've finally done it!

Since August, Calgary Zoo has been posting regular updates about the tiny king penguin chick on their social media channels, and their latest Twitter update is almost too cute to handle.

Taking to Twitter on Thursday afternoon, the Calgary Zoo's official page posted, “The blood tests results are in! To celebrate, we hosted a little Sex Reveal Party to surprise our keepers and guests. Are you ready to find out the sex of our #LittlestKingPenguin?”

The post was accompanied by an adorable video, in which keepers and staff cut open a little penguin cake to reveal the sex of the penguin.

The colour of the inside of the penguin cake was blue, meaning that Calgary Zoo's littlest king penguin is a male!

The blood tests results are in! To celebrate, we hosted a little Sex Reveal Party to surprise our keepers and guest… https://t.co/54iOCCfm8a
— Calgary Zoo (@Calgary Zoo)1571940868.0

After such a rough start to life, it seems that this king penguin is making the most out of his second chance!

To keep up with the adventures of Calgary’s littlest king penguin, you can follow the zoo’s official Instagram page by clicking here.