The hashtag has been blowing up online. 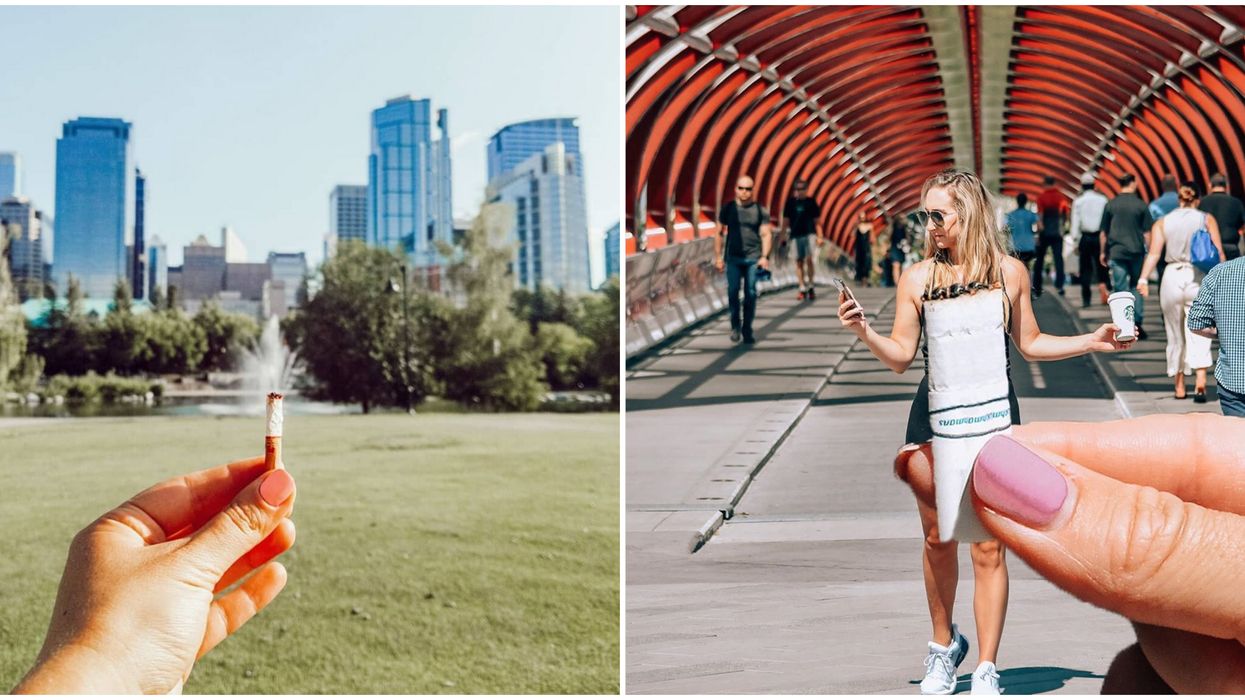 According to a media release by the City of Calgary, on top of the social media buzz and signage, including walking billboards and ad trucks, there will be reusable pocket ashtrays for local bars to hand out. The ashtrays will include a message that reads “No ifs, ands or butts – don’t risk the environment or fines up to $750.”

This is not an exaggeration. Fines really do range up to $750 for littering cigarette butts. Under both Calgary’s Streets Bylaw and Park and Pathways Bylaws, dropping your butts can cost you $250 to $500 when you’re walking and a whopping $750 for throwing them out your car window. These bylaws are not messing around.

The City of Calgary wants smokers to take responsibility for reducing cigarette butt litter. Though they know 'This is Not an Ashtray' won’t end the problem, they hope it will help to raise awareness.

Business strategist with The City of Calgary Barb Doyscher explained in the release that this campaign is in response to the eyesore, fire hazard, and extreme environmental impact of littered cigarette butts. Cigarette butts are one of the most littered things in the world. Tragically, they take years to breakdown and actually never decompose.

You can expect to see photos of famous Calgary places replaced by cigarette butts with the hashtag #ButtFreeYYC. Photos are already popping up online, so keep your eye out for some creative butt artistry and add your own to the mix if you feel inspired.

The City of Calgary does not take littering lightly, no matter how small the butt. Grab your own pocket ashtray to avoid getting slapped with a massive fine.