There was also a moose spotted on someone's front lawn in Canmore. 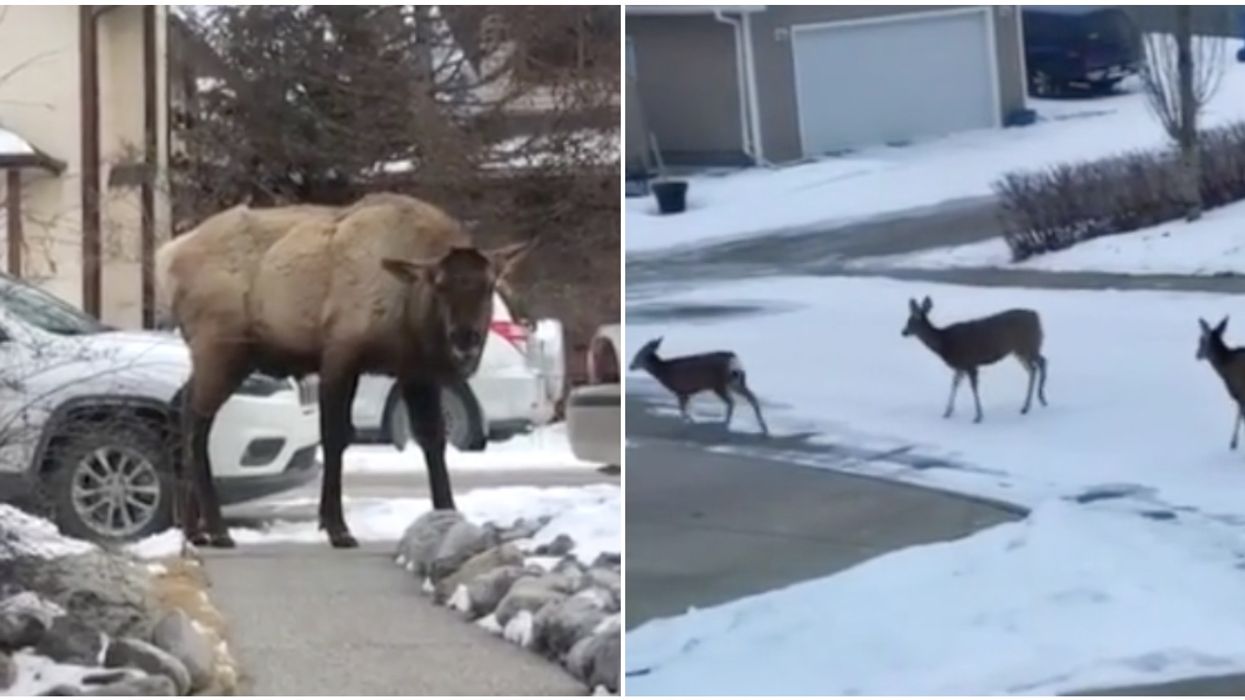 It’s getting wild out there, Calgary. Now that staying indoors is the new normal, things have really quieted down outside. It looks like wild animals are taking advantage of this and a herd of deer in Calgary was actually seen wandering a residential neighbourhood. An hour west in Canmore, a moose was spotted right in front of a woman’s door. In typical 2020 fashion, everything was caught on camera.

On account of social distancing measures put in place by both the federal and local governments, the streets have gotten incredibly quiet.

While most of us are stuck inside watching Netflix or making bread, wild animals are taking over the streets of Calgary.

For the most part, Calgary is a bustling city, and that's still the case, but it looks like it's bustling with animals rather than humans right now.

In a video provided by The Weather Network, you can see an actual herd of deer outside of a Calgary residence.

Literally six deer are seen walking together in the residential area.

The herd looks like they’re on a mission and they are completely unbothered by the fact that they are in a usually human-populated area.

Much like the whales in the Vancouver harbour, the deer are clearly happy that fewer people are outside bothering them.

But deer aren’t just wondering around in Alberta. All around the province, curious creatures are expanding their horizons and enjoying the great outdoors in more urban settings.

People all over Twitter are posting pictures of these cuties in unexpected places including front lawns.

“If the deer can do it, so can we Alberta!  Keep social distancing as a way to care for everyone,” wrote one Twitter user.

This impossibly cute and incredibly photogenic deer was very curious about the new camera in her territory. 🦌… https://t.co/DIw4ZDe3gb
— Tyler Dixon (@Tyler Dixon)1585773635.0

Even moose are being seen in places where they might not have otherwise travelled.

In a video provided by The Weather Network, one woman was able to capture footage of a massive moose in her front yard.

Sarah Watson lives in Canmore, Alberta and on April 2, she was greeted by the massive beast.

The moose looks like the definition of unbothered and even looks in the camera's direction several times.

Watson eventually opens the door and the moose reluctantly walks off.

Now is the perfect time to add wildlife watching to our list of social distancing activities.